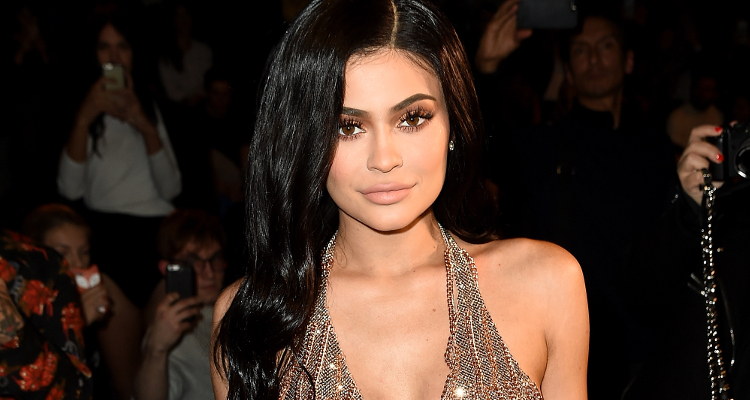 It looks like Kylie Jenner and Tyga’s relationship status has been set to single as Us Weekly recently reports that Kylie Jenner and Tyga split up earlier this month! We are both saddened and shocked by the recent news of a Kylie Jenner and Tyga breakup, especially since we just saw them on the red carpet together dressed from head to toe in Balmain at the Met Gala 2016. A source told Us Weekly that the the Keeping Up With the Kardashians star and “Rack City” rapper ex-boyfriend aren’t speaking right now, and they apparently break up and reconcile all the time.

“They fight and get back together all in the same day constantly, so last week she didn’t want to say it was a breakup as that’s how it always is,” another source explained to Us Weekly.

Well that’s one well-kept secret that the Kardashian/Jenner clan hasn’t shared lately.  But they have had a rough patch on Keeping Up With the Kardashians before.

And let’s not forget about Tyga’s Kylie tattoo. That’s right, Tyga has a tattoo of the makeup maven’s first name on his arm. Some are probably wondering if he will do what Adrienne Bailon did after her break up with Rob and have it removed. (Her tattoo was of Rob’s last name on her butt and it was painful!) But who knows, they may just work things out, since this a pattern of theirs.

It’s also bad timing, since this breakup falls on the heels of Rob and Chyna’s engagement and baby news. Looks like the family tree got less complicated now that Jenner and Tyga are over, even though Tyga publicly supported his ex-girlfriend in an Instagram post. Jenner, on the other hand, has yet to publicly congratulate her older brother, which is no surprise, really.