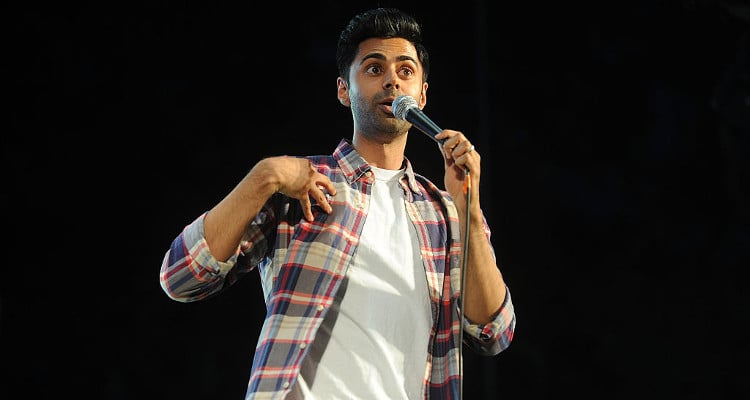 Hasan Minhaj made fun of an absent President Donald Trump at the 2017 White House Correspondents’ Dinner and had the entire audience laughing. But success didn’t come overnight for the American comedian and The Daily Show correspondent. He worked hard over the years to get to where he is today. With a cool net worth of $4.2 million and a bag full of jokes, Minhaj is doing very well for himself.

Hasan Minhaj was born on September 23, 1985 in Davis, California, making his age 31. Hasan Minhaj’s parents originally came from Aligarh, Uttar Pradesh, India, before moving to the United States. His mother is a doctor, and he has a younger sister named Ayesha. Hasan Minhaj’s wife, Beena Minhaj, was his college sweetheart.

Also Read: David Letterman Now: What has the King of Comedy Been Doing Lately?

Climbing up the Ranks

Minhaj attended the University of California, Davis, where he studied political science. He was inspired to take up comedy after watching Chris Rock’s Never Scared, the first stand-up special he ever watched. In 2008, Minhaj won the Wild 94.9’s “Best Comic Standing” competition, which paved the way for him to open for big names like Katt Williams, Pablo Francisco, and Gabriel Iglesias. In 2009, Minhaj moved to Los Angeles to perform for NBC’s Stand-up for Diversity. He started acting in the sitcom, State of Georgia and had different roles on MTV’s hidden camera show, Disaster Date. He has also appeared on shows like Failosophy, Arrested Development, and Getting On.

The Prince of Comedy

Minhaj hosted Stand up Planet in 2013, as well as the web series, The Truth with Hasan Minhaj in 2014. He then joined The Daily Show as a correspondent on November 19, 2014. The comedian also has his own solo theater show called Homecoming King, which debuted Off-Broadway in October 2015. The show is based on “true events that occurred in Minhaj’s life as a first generation Indian-American.” Homecoming King will be available on Netflix from May 23, 2017. No wonder Hasan Minhaj’s net worth is a healthy $4.2 million and growing! He also has a few cars in his collection, including an Audi and a GM.

Minhaj was the featured speaker at the 2017 White House Correspondents Dinner, where he spoke freely about Washington, national politics, current events, Donald Trump, the press, and the American media. However, he saved his sarcastic best for Donald Trump, calling him the “liar in chief.” Minhaj said, “We are here to talk about the truth. It is 2017, and we are living in the golden age of lying. Now’s the time to be a liar, and Donald Trump is liar in chief. And remember, you guys are public enemy number 1. You are his biggest enemy. Journalists, ISIS, normal-length ties. And somehow, you’re the bad guys. That’s why you gotta keep your foot on the gas.” Love him or hate him, you just cannot ignore Hasan Minhaj!