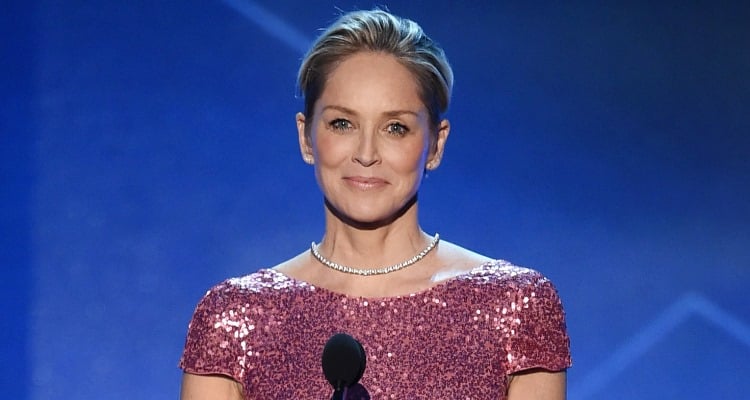 It comes as no surprise that many are wondering if Sharon Stone went under the knife, especially after appearing at the 2016 CMA Awards last night! At the age of 58, she looked incredibly youthful and stunned the crowd with her appearance. Did Sharon Stone have plastic surgery? We’ve got the scoop on how she maintains her great skin and youthful glow!

As beautiful and youthful as Sharon Stone looks, people always wonder if she has had any work done. According to CelebritySurgeryNews.com, Sharon Stone’s plastic surgery speculations are only rumors. The “classic beauty never went under the knife in the name of vanity,” says the website, although she did have surgery to hide a scar she got from an equitation accident in her 20s. Sharon Stone’s age is 58, so how on earth does she remain so youthful looking? If you want to know some of her beauty secrets, keep on reading!

She Lives by Daily Moisturizer

Sharon Stone spoke to People at the FUNKSHION “Celebration of Hope” fashion event to honor her sister Kelly Stone, and said she is a huge believer in daily moisturizing. “My mom gave me a jar of Avon moisturizer when I was a kid, because she was an Avon woman, and told me to cleanse and moisturize morning and night, and that’s what I do—that’s it!” She also told Harper’s BAZAAR in October 2015 that she is aware of her body’s changes as she ages but she’s not too worried, “I’m not trying to be the best-looking broad in the world. At a certain point you start asking yourself, ‘What really is sexy?’ It’s not just the elevation of your boobs. It’s being present and having fun and liking yourself enough to like the person that’s with you.” Isn’t that the truth! 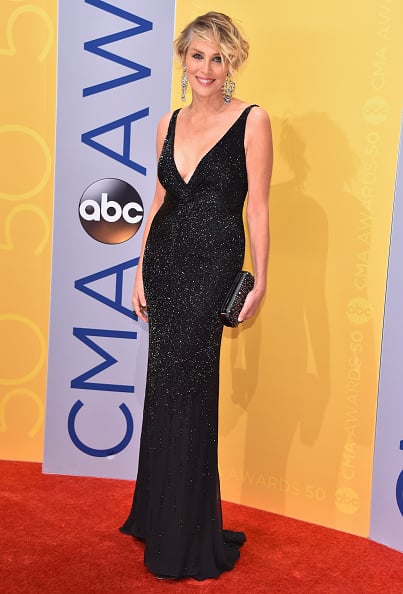 She Says Dermal Filler is Normal

Stone also gave credit to Restylane, a dermal filler, which she began using after a 2011 stroke that caused damage to her skin. “It’s so common now for people to use fillers,” she said. “It’s almost like a beauty treatment . . . and it’s a far better alternative than having your face cut apart and ending up looking like you got sucked into a wind tunnel.” It definitely sounds like the Basic Instinct (1992) actress is not a fan of cosmetic surgery!

She Left School to Pursue Modeling

Sharon Stone was certainly meant for the fashion industry and it is no shock she got into modelling at an early age. How tall is Sharon Stone? The beauty stands at 5’8, though those famous long legs make her look much taller! While she was attending Edinboro University, she won the Miss Crawford County, Pennsylvania title and was also named a candidate for Miss Pennsylvania. A pageant judge told her she should drop out of school and move to New York City to pursue a career as a fashion model!

Shortly after, in 1977, she left Meadville and moved to New Jersey to live with an aunt, and was signed to Ford Modeling Agency in New York City. She didn’t stop there; she decided to quit modeling to pursue acting. “I packed my bags, moved back to New York [from Europe] and stood in line to be an extra in a Woody Allen movie.” This led to her brief role in Allen’s Stardust Memories (1980). Since then she’s acted in 97 film and television roles!

As for whether or not Sharon Stone will ever go under the knife; CelebritySurgeryNews.com says she has been approached by several plastic surgeons that want her to endorse their practice if they sponsor her facelift. However, Stone has turned down every offer—she’s all about staying authentic! You go, girl! 58 has never looked so good!