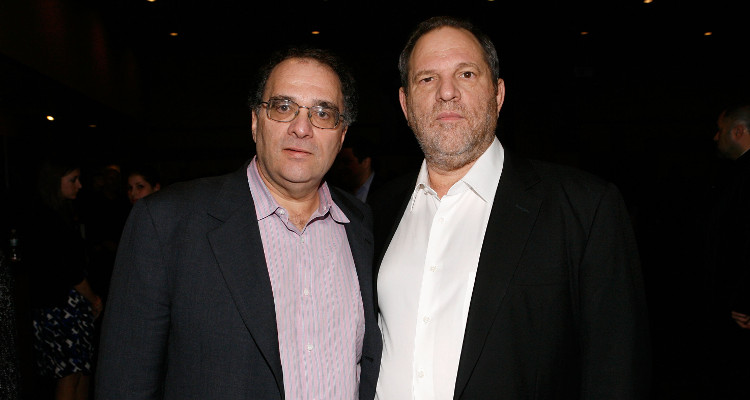 Harvey Weinstein’s sexual harassment scandal has led to his ouster from the very company he co-founded. Now Harvey Weinstein’s brother, Bob Weinstein, who boasts a net worth of $200 million, is the chairman of The Weinstein Company.

Bob Weinstein, the understated half of the Weinstein brothers, has taken the reins of The Weinstein Company which he was co-chairman of, along with Harvey Weinstein. The embattled Harvey is reportedly on “indefinite leave” after his sexual misconduct scandal. Harvey Weinstein and Bob Weinstein founded TWC and Miramax, producing commercial and critical blockbusters. But there are scathing accusations that Bob may have tried to wrest control from Harvey. Find out about the younger Weinstein in Bob Weinstein’s wiki.

The Weinstein brothers were born in Flushing, New York to Max, a diamond cutter, and Miriam. After graduating from college, Bob and Harvey independently produced rock concerts under the banner of Harvey and Corky Productions in collaboration with Corky Burger in Buffalo.

With a taste for production and passion for movies, they set out to work in the film industry. They used the profits from their concert promotion business and founded a small independent film distribution company, Miramax (a blend of their parents’ names).

Initially releasing music-oriented movies like Paul McCartney’s Rockshow, they diversified by acquiring the distribution rights of two movies filmed for Amnesty International. They edited the films to suit an American marker and released The Secret Policeman’s Other Ball which became Miramax’s first success.

The Quiet yet Dynamic One

Bob and Harvey built their fame on producing arthouse cinema that was critically lauded. They gained nationwide attention for the documentary, The Thin Blue Line on a wrongfully convicted man, Randall Adams. The movie brought widespread attention to the case, helped Adams’ release and made Miramax famous. One of their biggest credits also includes Sex, Lies, and Videotape.

At the same time, the brothers built their biggest asset— their film library. While Harvey was focused on the artistic productions, Bob ran the commercial division, Dimension Films. Dimension produced popular franchises like the Scream, Scary Movie, and the Spy Kids series. Bob founded it with the motive of distributing horror and “disreputable” films.

The success of Miramax attracted Disney who offered $80 million to buy it. The brothers cemented their Hollywood clout by accepting the deal. They still ran it for a few years, but clashes with Disney higher-ups led Bob and Harvey to walk out of Disney.

In 2005, they founded The Weinstein Company. Bob moved Dimension from Miramax under Disney to TWC. They diversified under the new banner and continued to make award-winning commercial movies. Bob has more than 300 production credits to his name in movies, TV, and Broadway.

Some of his greatest productions include Shakespeare in Love, The Ring, Kate and Leopold, Chicago, Gangs of New York, Inglorious Basterds, The Aviator, and more. Quentin Tarantino favors Weinstein Co. since making the Kill Bill series there.

Harvey and Bob have only half the stakes in TWC after some poor business choices. Nevertheless, they are influential Hollywood producers. While Harvey is the brash figurehead, his co-chairman, Bob kept a low profile in the media and stuck to his work. All his production credits have earned the 62-year-old an estimated net worth of $300 million, almost the same as his brother.

Bob’s first marriage ended in divorce. He has two daughters from his first marriage. He married a second time in 2000 to Annie Clayton, a former book editor with whom he has a son and daughter. Their marriage ended abruptly when Clayton filed for divorce in 2012 and sought a protection order against the Hollywood head honcho.

While Clayton feared “bodily harm” and sought protection against Bob, the producer claimed a different story. According to a rep for Weinstein, his wife had overreacted to a family intervention to get her to deal with her drinking problem. Clayton’s sister and sister’s husband were also allegedly involved in the intervention. But her lawyers refuted the claims.

As ugly as the divorce battle was, Bob and his ex-wife came to a relatively amicable resolution. After they went their separate ways, Bob listed their former home, at Manhattan’s Upper West Side, for sale this year. The luxurious townhouse was up for sale for an eye-popping price tag of $19 million.

This was thought to be the last time Bob Weinstein would be at the heart of a controversy. However, after Harvey Weinstein’s sexual harassment came to light, TWC forced him out on an “indefinite leave” while Bob went from co-chairman to chairman. Some reports allege that Bob Weinstein leaked details about Harvey’s misconduct to wrest control of TWC. These allegations are unfounded and should be taken with a grain of salt.