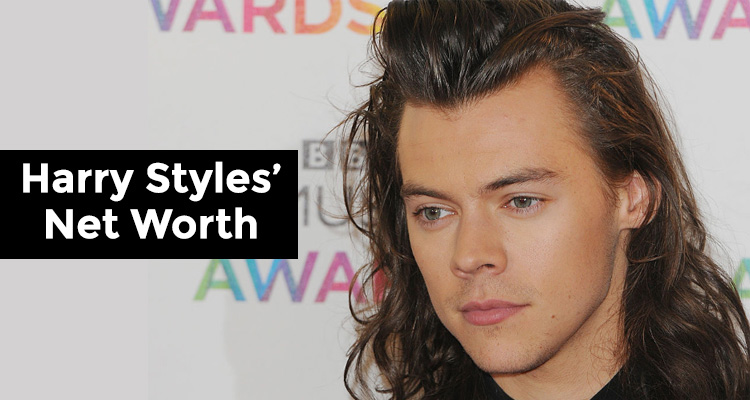 Since One Direction went on hiatus, the band members have been busy with their solo ventures. Harry Styles is no exception. He’s debuting in a movie and has a solo album in the works.

Harry Styles is the latest One Direction member who will release a solo album after Niall Horan, Zayn Malik, and Liam Payne. However, he’s staying very tight-lipped about the details of the album and songs. We’ll probably know more about it when the release date is announced. Meanwhile, we can anticipate watching Styles on the big screen. The singer is making his acting debut in Christopher Nolan’s, Dunkirk. The World War II action film will be released next year, and Styles has already impressed the film’s cast and crew with his acting skills. To celebrate his future projects, take a look at Harry Styles’ net worth.

His Net Worth is Approximately $30.0 Million

The 22-year-old’s net worth is estimated to be around $30.0 million, making him one of the youngest millionaire pop singers in the world! Most of his earnings are from his involvement with fellow One Direction members, including endorsement deals with 5 Seconds of Summer LLP (via One Mode Productions Ltd.), Brush Buddies, Colgate, and Hasbro.

Styles currently owns houses in the U.K. and U.S. His stunning London home includes a recording studio and is worth $3.5 million. His lavish Miami home is worth $19.5 million. He recently purchased a home in West Hollywood for $6.8 million, equipped with a gourmet kitchen, gym, home theater, swimming pool, and spa, among other facilities.

With such expensive mansions, his garage should be packed with equally luxurious cars. When he was only 18, he was seen driving a vintage Ford Capri. Styles once owned a flashy Ferrari California in 2012. He was once spotted driving a Porsche 911 Sports Classic, but purchased a Jaguar Roadster instead. He also owns a classic Mercedes Benz, a Ranger Rover Sport, and Audi R8.

He has Dated A-Listers

The British heartthrob has had some celebrity girlfriends, including Taylor Swift and Kendall Jenner. Styles became the subject matter for Taylor Swift’s lyrics, as she presumably penned songs like “Out of the Woods” and “Styles” after the One Directioner. He also dated The Xtra Factor presenter, Caroline Flack in 2012. But their relationship was criticized as Caroline Flack is more than a decade older than Styles!

Rumors of Styles dating Kendall Jenner began when the two were spotted together numerous times. The couple has had an on-again-off-again relationship since they were first spotted in a restaurant in 2013. Jenner’s sister, Khloe Kardashian dished that they were dating, though Styles and Jenner haven’t confirmed their relationship status.

After a lack of Styles-Jenner sightings, and rumors of Styles dating a non-celebrity, many thought they broke up. However, since September, the two have been spotted together again, sparking rumors that the young couple have rekindled their romance.

His hair and tattoos are part of Styles’ fashion statement. He has sported multiple hairstyles since he debuted with One Direction, and his hair only got longer until recently. Styles hit the Another Man A/W Launch Event sporting short wavy locks for the first time in a while. Long hair or not, he still looked dashing as ever.

According to popstartats.com, Harry has a total of 62 tattoos, and that number is expected to increase. His tattoos are inspired by his loved ones, friends, and bandmates.

One Direction announced their hiatus this year and the members embarked on solo projects. Styles signed a recording contract with One Direction’s label, Columbia Records, but this time as a solo artist. He’s currently working on a solo album, but details about the album are kept under wraps.

He continues to write songs for his fellow One Directioner, Ryan Tedder and also for Snow Patrol, Ariana Grande, and Michael Buble. His solo debut album will feature songs written by him.

Styles will also be making his big screen debut in the action-thriller, Dunkirk. Directed by Christopher Nolan, the film is based on the British military evacuation of Dunkirk during World War II. The film also stars Tom Hardy, Kenneth Branagh, and Cillian Murphy and is set to release in July 2017.