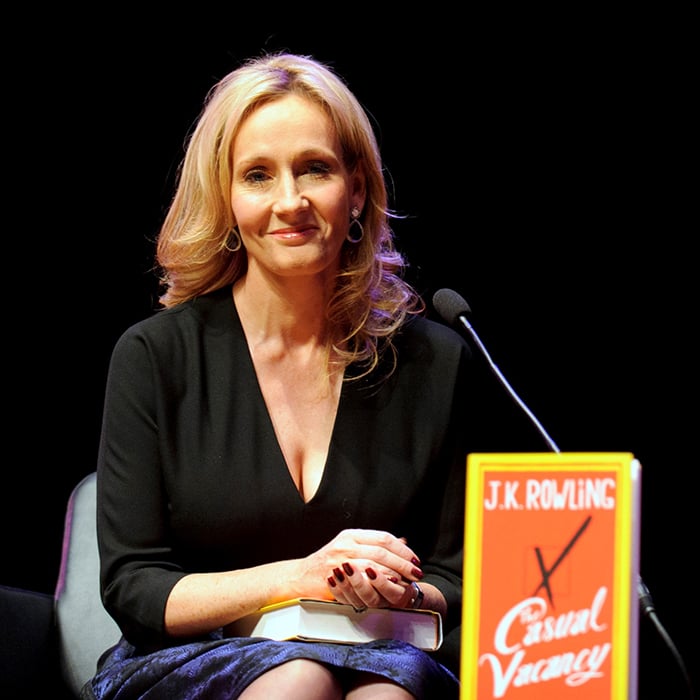 J.K. Rowling is hard at work on her latest novel, following the seven books in the beloved Harry Potter series and several stories for adults. And while she’s certainly had writer’s block at some point in her life, now she faces an adversary perhaps even greater than Voldemort: having too many ideas!

The author recently took to Twitter to vent her frustrations, writing, “I’ve spent all morning trying to simplify a plot. Result: even more backstory and yet another twist. Aargh.”  It’s unknown exactly what the plot in question is—she’s previously admitted to working on several projects—but it must be pretty interesting if she’s concerned about having too much content instead of too little. One possibility is that it has something to do with the announced Harry Potter continuation, a stage play about Harry’s son Albus, and perhaps the problems come from fitting it into the established lore.

I've spent all morning trying to simplify a plot. Result: even more backstory and yet another twist. Aargh.

Thankfully, J.K. Rowling’s fans appear to be very understanding that such roadblocks could delay her next book, if the over 1,500 retweets and more than 9,000 likes are any indication. One follower noted that “that’s like a genius’ mind works, isn’t it?” Meanwhile, another noted that such a dilemma is “classic J.K. Rowling.” Others suggested ways to resolve issues with the plot, including, “It had all been a dream,” “Simplify here, complicate there, introduce previously dead character here, completely remove main character there [sic],” and “Professor Plum, candlestick, drawing room. Done!”

A lot of fellow and aspiring writers also commented, saying things like that it was humbling to know that such a famous person also had editing problems and that having too much content seems like a good problem to have. But perhaps the best comment came from a fan who wrote, “You can do it!!! I believe in you the same way Harry taught me to believe in myself.”

It may take J.K. Rowling some time, but we’re sure the finished product will be an excellent read!