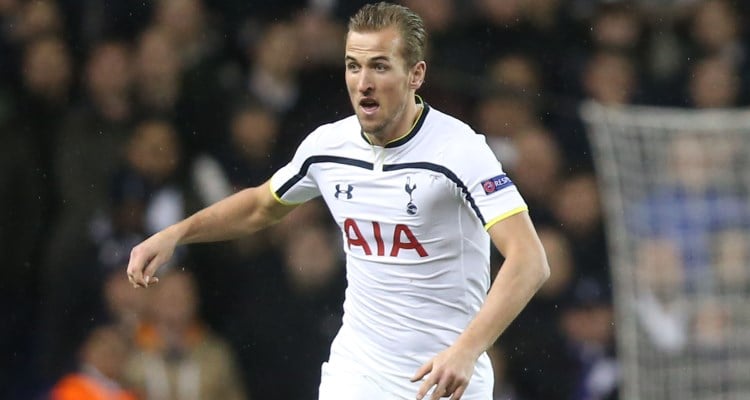 We’ve got some baby news! The joys of fatherhood will now begin for famed footballer, Harry Kane and what better time to announce the news as it is Harry Kane’s birthday, too! Harry Kane’s girlfriend, Kate Goodland is pregnant with their first child and the couple couldn’t be happier.

We’re sure he’ll try his best to live it up to the task of being a new father, as the 23-year-old superstar has now got more than soccer on his mind. So, in what has been an eventful week for Mr. Kane, we’ll give you the quick Harry Kane Wiki on what’s made this youngster so special.

Kane took to Twitter to mark the news of his growing family, as many new celebrity parents making a significant announcement often do.

But if you took a look at the Twitter pic he used to let the world know that him and his wife were expecting their first child together, it was far more unconventional than normal.

Instead of the typical baby announcement photos that feature the happy couple posing with a sonogram or an “expecting” date, Harry and Kate used their two dogs, instead. Both dogs had signs around their necks.

One saying “Mum and dad are getting us a human.” The other sign read “Guard dog duty starts January 2017.” Dogs Brady and Wilson were the only Harry Kane kids before the announcement. We think they’ll be happy with the new addition, expected in January 2017.

It was reported that Tottenham will give Harry Kane upwards of 100,000 euros per week for the work he has put in the last couple years. That would make Harry Kane’s salary the biggest in club history, exceeding that of Gareth Bale’s. That should put a smile on the future baby Harry or Kate’s face when he or she makes their entrance into the world!

With that said, here are some fun facts about the Tottenham Hotspur’s forward that you may or may not have known.

That’s right, Harry doesn’t drink or go to nightclubs. It seems odd for a mega star, but he follows in the footsteps of Steph Curry, a basketball star on this side of the ocean who has similar non partying habits.

Yeah, like insanely good. He scored a hat trick when he first got called up to play for England. He also lead the Premier league in scoring. Did we mention he’s only 23 today?

Harry often gets mistaken for his older brother, Charlie. Both are good looking chaps, and we’re betting Charlie doesn’t mind getting compared to baby brother so much anymore.

He Was Originally Part of Team Arsenal

Blasphemy! Calm down Spurs fans, Kane was only eight years old when he was with the enemy. He’s definitely one of your own now and has done an amazing job with the team.

He Likes Other Sports, Too

Football is no doubt his passion, but if you scroll through his social media, he’s also a fan of cricket, golf, tennis and MMA. With a baby on the way, he might have to put the extra sports on hold, though!

Kane has been one to certainly watch for football and has consistently wowed people with his skills since he began to play professionally in 2001. Though he is only 23 years old now, he’s most excited to become a father. He and Kate Goodman have known each other since they were kids and now they can wait to welcome one of their own.

There are concerns that a child could hinder his career and stats, but he doesn’t seem too worried. If he keeps scoring at this pace, he will be on his way to legendary status, anyway! He’s already broken so many club records, and he’s captured the spirit of all football fans. What’s amazing is that he does it while still managing to keep his head on his shoulders. Not an easy thing to do in this era and especially at such a young age. Let’s give Harry a big birthday shout out, and say congrats one more time on him and Kate expecting their first child!