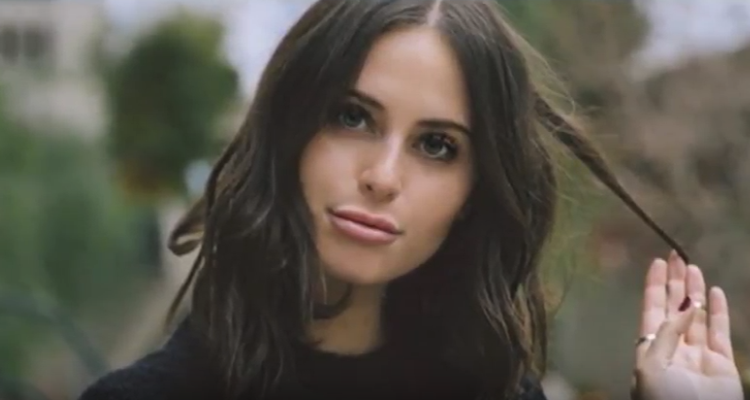 Alexa Dell, the daughter of the CEO and founder of Dell Technologies, is engaged to multimillionaire real estate mogul, Harrison Refoua! Who is Harrison Refoua? Read our Harrison Refoua wiki to find out everything you need to know about Alexa Dell’s fiancé and their exciting engagement announcement. (And if you want to check out Alexa Dell’s ring, we’ve got pics of the huge rock below!)

Alexa Dell is the gorgeous young daughter of multibillionaire technology mogul, Michael Dell. He was well on his way to making his fortune during his freshman year of college by selling computers to his fellow students directly from his dorm room. Needless to say, that was the year when he quickly realized his potential for greatness and dropped out before his sophomore year at the University of Texas. And boy, did it ever pay off! Since then, Dell has accumulated close to $24.0 billion in assets and he’s had four children with his wife, Susan Lieberman. But this story isn’t about him. It’s about his daughter, Alexa, who’s the third in line for inheriting her father’s assets and her recent engagement to multimillionaire real estate mogul, Harrison Refoua. Who is Harrison Refoua? Continue reading our Harrison Refoua wiki to find out all of the interesting facts you need to know about Alexa Dell’s fiancé and to see pictures of her jaw-dropping engagement ring!

A Match Made in Millionaire Heaven!

The 24-year-old heiress was first introduced to her prince charming as a result of a blind date that was set up by their mutual friends a little over a year ago. The rest, as they say, is history. Prior to being set up with her future husband, Dell briefly dated the CEO and founder of Tinder, Sean Rad, when she was just 20 years old. He was seven years her senior. Rather than immediately jumping into another relationship, Dell decided to focus her post-breakup years on attending the prestigious Columbia University in New York City. According to her LinkedIn profile, Alexa Dell currently works as a Growth Consultant for startup companies.

Her Hubby’s a Real-Estate Mogul

Her now-fiancé is a renowned real estate investor in Los Angeles and has been known for purchasing some of the most luxurious and expensive properties in all of California. Despite largely keeping a low personal profile, Refoua made headlines in the Santa Clarita Valley Business Journal in 2016 when he purchased the Creekside Place Retail Center for a whopping $9.65 million! He also made headlines when he sued one of his former tenants, Kelly Osborne, for damages to one of his properties (to the tune of $50, 000). Among other damages, Refoua claimed that Osborne allowed her dog to defecate on the hardwood floors of the condo and failed to clean up the feces prior to permanently vacating the premises. As a result, he withheld her $18,700 deposit in order to pay for the necessary repairs. Eventually, they settled the matter out of court in 2015 and both parties agreed to pay for their own legal fees, but the rest of the details have been kept tightly under lock-and-key.

An Affair to Remember

As mentioned, Alexa, 24, was introduced to Harrison, 40, by mutual friends of theirs who decided to set them up on a blind date (best friends EVER!). The couple just recently announced their engagement on Instagram over the Christmas break while vacationing at the scenic Four Seasons Resort in Kona, Hawaii, which is conveniently owned by her father, Michael Dell. Reportedly, Alexa Dell’s engagement ring is worth approximately $3.0 million! Check it out for yourself below!