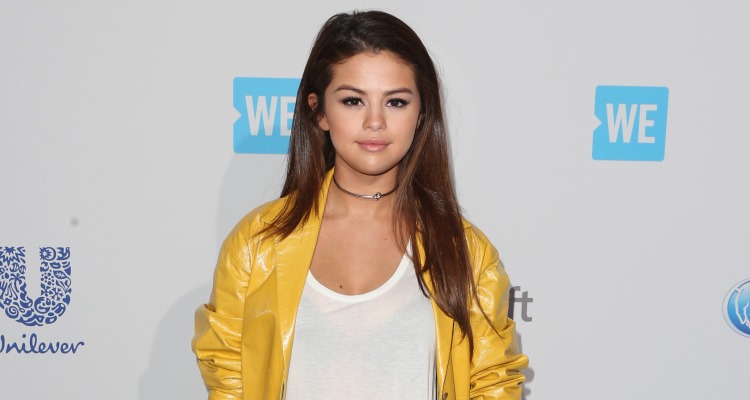 If you haven’t been to Samuel Krost’s Instagram yet, then head over there now, because it’s Samuel Krost’s birthday! The Instagram star has been busy on social media lately and in honor of his birthday, we have decided to give you a Samuel Krost wiki!

Many may not have heard of him, but he’s actually one of Selena Gomez’s ex-romances! That’s right—the 24-year-old had the Selena Gomez on the Samuel Krost dating timeline, but as you can tell by her current public outings with Canadian rapper, The Weeknd—things didn’t work out for the ex-lovers.

Krost’s net worth is unknown at this time but it’s safe to say he’s in no danger of living on the streets anytime soon! The former sale and visual merchandising executive is now the director of talent management at Fyre Media, Inc., a position he has held for 10 months. Previously, he worked at Helmut Lang and Onia, in New York City. Out of all of Gomez’s boyfriends, he was the most down-to-earth, but he wasn’t famous while they were together.

He Has Friends in High Places

Krost may not be that famous yet, but he does have a contact list of quite a few A-list celebrities. Krost and Gomez both share models, Gigi and Bella Hadid as mutual friends. Even in his down time, Krost has been seen hanging out with some of Hollywood’s most influential people, including Joe Jonas, the late Robin Williams, and Victoria’s Secret models, Kendall Jenner and Devon Windsor. In Krost’s line of work, it’s not uncommon to have a few celebrities as close friends, or even acquaintances. New York City is full of celebrities and many fly under the radar, whether they’re on the subway or making a pit stop at Starbucks. Some even attend Krost’s alma mater, New York University!

On November 9, 2015, after the Glamour Women of the Year Awards in New York City, Gomez was seen holding hands and looking cozy with Krost. It was rumored that two were an item but she mostly either ignored or denied any of those claims. Whether she commented or not, her body language was telling a different story and everyone was in on it.

Krost also went as far as confirming that he and Gomez were in a relationship via an Instagram post, which was quickly reposted by other Selena Gomez fan accounts, even though it was quickly deleted.

“Selena is a real girl with a real heart and real feelings,” he started. “All you superficial who are just unhappy with your love lives, understand that love is real. Although we have ventured on separate paths, at least I know that love exists. I love you, Sel.” He then hashtagged and tagged her in the comments.

Gomez is currently romantically linked to Canadian musician, The Weeknd and has been publicly linked to the Starboy singer for a while now. They’re reportedly working on new music together but they’ve been packing on the date nights lately, according to a source for Us Weekly.

“They really clicked musically when they were working on a song together,” the insider said. “Their chemistry was off the charts and she’s really into him.”

Krost and Gomez may not have lasted, but at least they parted ways on good terms. Happy Birthday Sam and all the best!