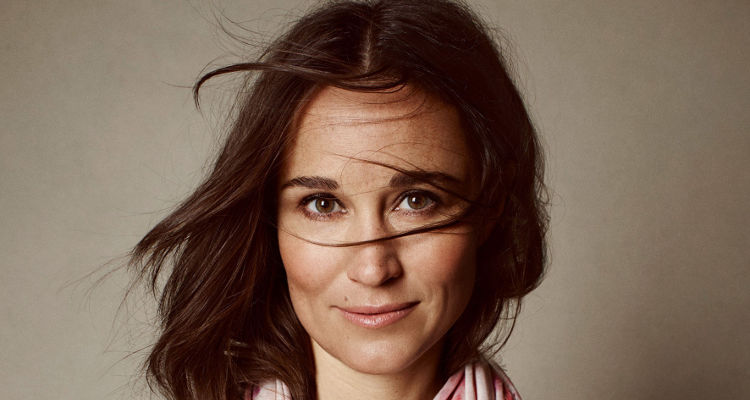 Here are four facts to know about Pippa Middleton:

#1 She is Engaged To Hedge Fund Manager, James Matthews

One of my favorite photos of her. This is from when the world was formally introduced to the lovely Pippa. #pippamiddleton

Middleton is engaged to a hedge fund manager James Matthews, since July 2016. He comes from nobility and is the heir to the Scottish title, Laird of Gen Affric. Being the oldest son of David Matthews, the Laird of Glen Affric, James stands to inherit his father’s title and as his wife, Pippa Middleton will become Lady Glen Affric. The 40-year-old runs a hedge fund that manages more than £1 billion ($1.33 billion) worth of investments. Middleton’s engagement ring is three to four karats and is estimated to cost a whopping $350,000! Recently, there have been rumors of Pippa Middleton being pregnant with a boy, while her sister Kate is pregnant with a girl. Sorry folks, but both the stories are nothing more than baseless rumors! The happy couple plans to wed in 2017.

Hey guys! Happy Monday! Is there anything you want to see on this account? #pippamiddleton

Middleton is an entrepreneur and the sole shareholder of her company, PXM Enterprises, that manages her publishing activities. In recent news, her company’s account books revealed that she earned a paltry sum of £50,000 ($66,500). Last year, PXM Enterprises reported a profit of £115,000 ($152,950). We guess it is a good thing then, that Middleton is marrying a millionaire! In 2012, Middleton was listed as one of the 100 most influential people in the world by Time magazine.

#3 She Has Written a Party Planning Book Titled, Celebrate

It was revealed today that when Pippa marries James, she will inherit her own title later on: Lady Glen Affric. #pippamiddleton

In 2012, Middleton wrote a book titled Celebrate, that was published by Penguin Books. The book did not fare well and was mocked for its content. Allegedly, Penguin had paid her an advance of £400,000 ($532,000) for the book. Recently, she has also written a cookbook, all the profits of which will go to the British Heart Foundation. She is a columnist for many publications like The Spectator magazine and a food column for supermarket magazine Waitrose Kitchen. In 2013, Middleton started writing a column for Vanity Fair and The Sunday Telegraph but stopped soon after.

#4 She Has Many Feathers in Her Cap

As if we need another reminder of how awesome Pippa is: “Yet for Pippa Middleton – pictured here on the summit of the Matterhorn, having conquered its fabled 14,691ft peak shortly after daybreak yesterday – it is an adventure tinged with sadness, too. The 32-year-old made the climb in honour of the younger brother of her fiance James Matthews, whose life was lost when a Himalayan storm engulfed his assault on Everest in 1999.” -From the Daily Mail #pippamiddleton

Pippa Middleton is best described as a socialite, author, and columnist. However, her personal sense of style and string of high-society relationships have made her a popular figure in the British social circles. After her graduation, Middleton worked in public relations and event management. She is currently employed part-time at her parents’ company Party Pieces, that edits the web magazine Party Times. Besides her various endeavors, Middleton is also a philanthropist and is an ambassador for the Mary Hare School for deaf children in Berkshire, as well as the British Heart Foundation (BHF). She is also an accomplished athlete. Is there anything Middleton can’t do?