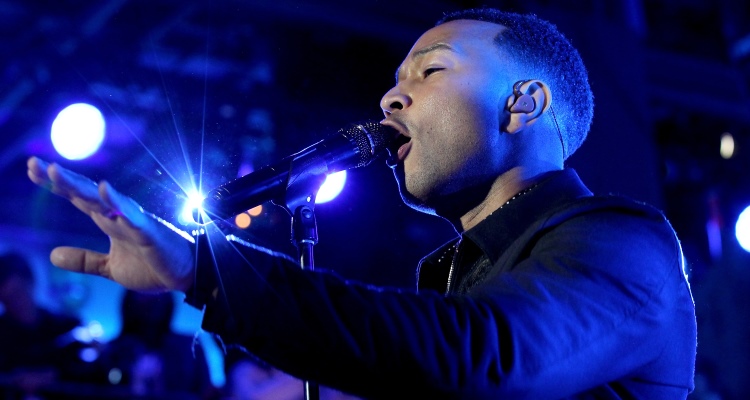 Are you in the mood for a walk down memory lane? We hope so, because it’s John Legend’s birthday today! Can you believe that John Legend’s age is 38 already? Time flies and the singer has already achieved so much in his life and career! So, in order to celebrate his birthday, we thought we would relive the best John Legend songs, filled with the very best John Legend lyrics.

The “All of Me” singer took to Instagram to post a picture of his daughter Luna, who without a doubt is the best gift he could have ever received to date. John Legend and his wife, Chrissy Teigen welcomed their beautiful baby girl earlier this year, and the couple have not been shy about posting their sweet little angel all over their social media accounts! The photo has over 130,000 likes and that number is only expected to grow as the day goes on.

To this day, “Ordinary People” is still the song that Legend is best known for and is one of those perfect romance songs that will get stuck in your head all day. Legend and Black Eyed Peas alum, Will.I.Am wrote the hit song together for Legend’s debut album, Get Lifted, which was released in 2004. The beautifully played piano ballad won Legend a Grammy award for Best R&B Vocal Performance.

We don’t know which way to go

Maybe we should take it slow”

Who could forget this John Legend classic? When Legend and OutKast singer, André 3000 are credited with the same song, only good things can come of it. The 2008 hit is still a party favorite when you look for the perfect throwback track. The song is upbeat while still maintaining its cool R&B vibe.

John Legend’s “All of Me”

How can we forget Legend’s perfect love letter to his wife, model and socialite Chrissy Teigen? It was only released in 2013 and was Legend’s first number one top charted song. Judging by how talented he is we though it would’ve happened sooner, but we’re not complaining! The song melted hearts and it was “All of Me” that really ignited a fire in new and old fans of Legend. It was also that song you heard at every wedding that year! The music video even featured clips of Legend’s wedding to Teigen in Como, Italy. They dated for four years, before getting married in 2013. This is one power couple that we hope lasts forever!

“Cause all of me
Loves all of you
Love your curves and all your edges
All your perfect imperfections
Give your all to me
I’ll give my all to you
You’re my end and my beginning
Even when I lose I’m winning
‘Cause I give you all of me
And you give me all of you, oh oh”

This song was written for the 2014 film, Selma, which was centered around the 1965 Selma to Montgomery marches that the late Martin Luther King lead. “Glory” went on to win Legend and rapper Common a Golden Globe and an Academy Award! Legend also has 10 Grammy’s to add to his awards collection!

The latest from the birthday boy, this song was most recently released and already has the world melting over it! It is the lead single from his fifth studio album, Darkness and Light and it sold over 35,000 downloads in its first week! The lyrics will undoubtedly have your heart swelling five times larger, and if you haven’t heard it yet, you need to check it out!

“I don’t know who’s gonna kiss you when I’m gone
So I’m gonna love you now, like it’s all I have
I know it’ll kill me when it’s over
I don’t wanna think about it, I want you to love me now”

Happy 38th birthday John Legend! We wish you many more and thank you for the gift of your beautiful music!