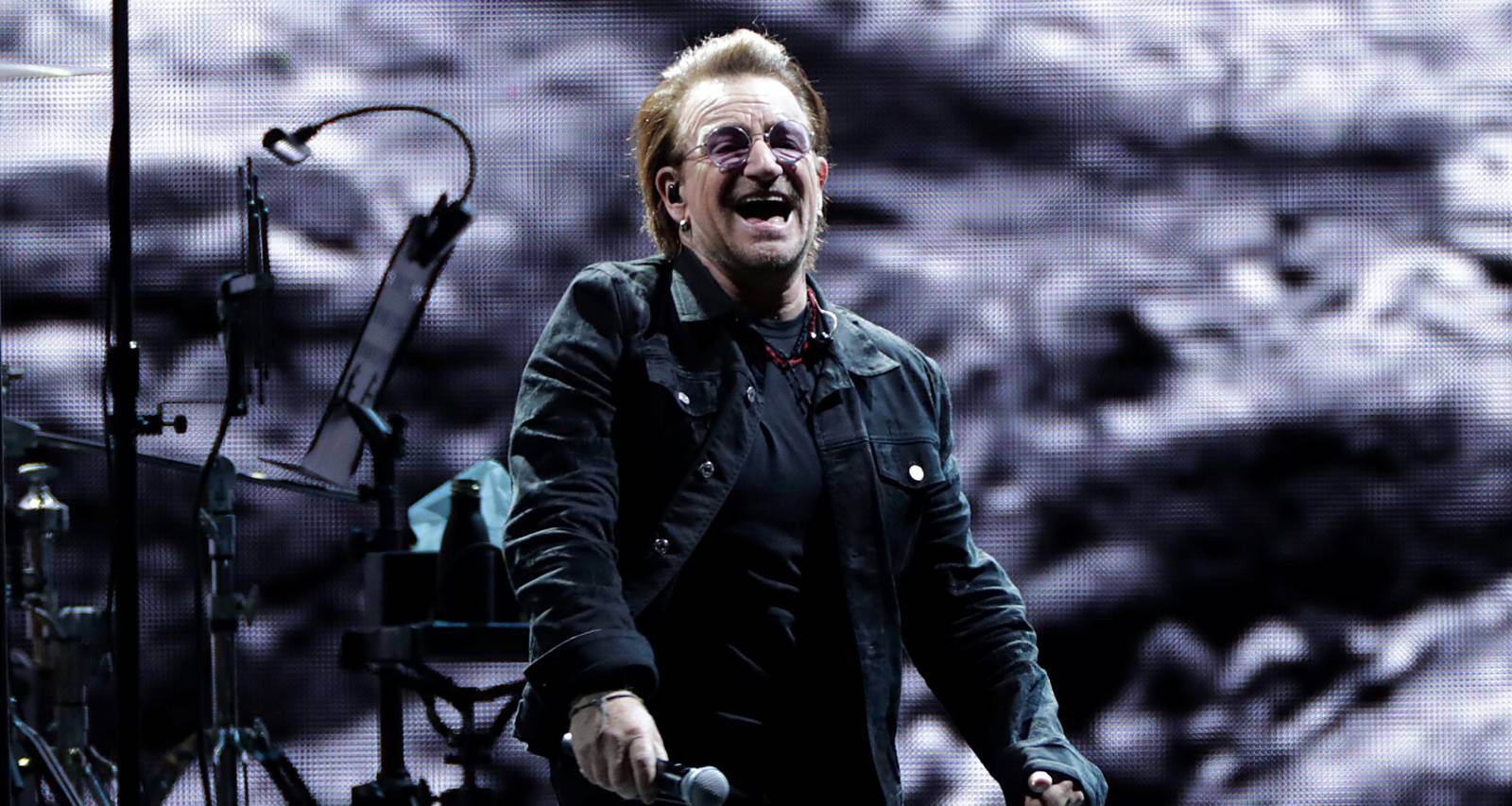 Bono of U2 performs on stage during 'U2 The Joshua Tree Tour 2019' at the Gocheok Sky Dome on December 08, 2019 in Seoul, South Korea. (Photo by Han Myung-Gu/WireImage)

It’s a beautiful day because today is Bono’s birthday! Fans can’t believe Bono’s age is only 56 and the Irish U2 singer still rocks out as if he were 26. Bono is responsible for giving the world some of his best song such as “It’s a Beautiful Day,” “What I’m Looking For,” and “Hold Me, Thrill Me, Kiss Me, Kill Me.” In honor of the legendary vocalist, here are five facts to know about Bono.

How He Got His Name

Most people know Bono by his stage name, but on this day he was actually born Paul David Hewson and he got the stage name “Bono” from a hearing-aid store. As a teen in Dublin, the singer, formerly known as Paul Hewson, was a member of the street gang called Lypton Village. His friends started calling him Bono Vox, after their neighborhood hearing aid store named Bonavox. It’s Latin for “good voice,” and the singer has been known by that name ever since—and it’s a fitting name.

Bono is widely known for his many philanthropic endeavors and gives not only his money but his time as well. But you know what they say: “No good deed goes unpunished.” According to a Rolling Stone article, some observers have questioned his philanthropic zeal, calling it narcissistic. In 2005, a writer and former Peace Corps wrote a scathing letter for The New York Times, suggesting that celebrities do more harm than good with their fame and influence when supporting charities, and that it gives the assumption that complex issues are easily solved. That same year, Bono received more criticism from his left-leaning supporters when he became a business mogul, co-founding Elevation Partners so he could invest in entertainment and media businesses.

One very good reason you never have to ask who Bono is dating is because he’s been happily married for nearly 30 years to his wife, Ali Hewson. They have two daughters named Jordan and Memphis Eve, and they also have two sons named Elijah and John.

In great appreciation for his humanitarian work, Bono was named Knight Commander of the Most Excellent Order of the British Empire in 2007. But since he’s not a British citizen, he was not given the title “Sir” before his name. (But it still counts!)

That’s right! Bono is part-owner of the popular social network and was an investor before it got off the ground. Back in 2010, through Elevation Partners, Bono acquired a small stake of 1.5% that has now grown into approximately $1.0 billion. That investment is partly responsible for Bono’s net worth of $600.0 million. Prior to his Facebook deal, Bono was named the worst investor in America by 24/7 Wall St. for a series of “disastrous investments.” Who’s laughing now, Wall Street?!

Bono continues to share his talents and wealth with the world today, and we wish him a very happy birthday!