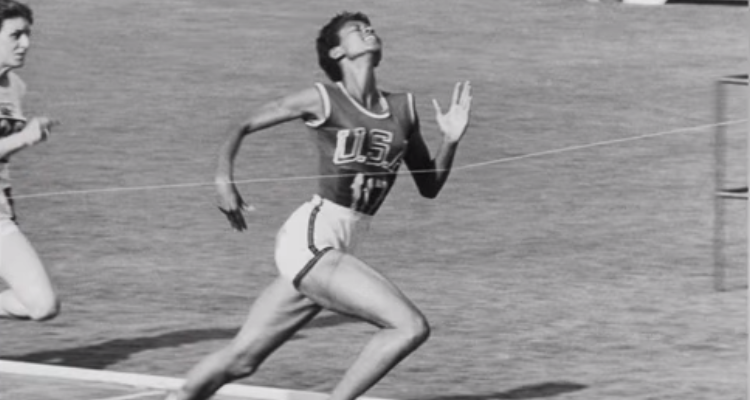 Since it’s Black History Month and the 2018 Winter Olympics, many have been asking about an African-American Olympian, who was considered a trailblazer. What happened to Wilma Rudolph? How did Wilma Rudolph die? Keep reading to learn more about the athlete and her incredible journey.

Wilma Rudolph was born as Wilma Goldean Rudolph on June 23, 1940, in St. Bethlehem, Tennessee. She was born prematurely and was the 20th of 22 children from her father Ed’s two marriages. Her father worked as a railway porter and her mother worked as a maid. When she was a child, the Tennessee native was very sick with double pneumonia, scarlet fever, and polio. As a result, she had problems with her left leg and was told that she may never walk again. With physical therapy and determination, Wilma was able to walk again by the age of 12, without a brace or supportive shoes.

The Fastest Woman on Earth

Rudolph grew up in the segregated south and attended the all-black Burt High School, where she also played basketball. Thanks to her impressive speed as a runner, she was quickly recruited by Tennessee State University’s track coach, Ed Temple.

Rudolph was eventually given the nickname “Skeeter” for her speed and eventually became known as “the fastest woman in history.” In 1956, she qualified for the Summer Olympics in Melbourne, Australia and won a bronze medal at just 16, in the 400-meter relay. In the 1960 Olympic Games, held in Rome, Italy, Rudolph continued to break records in the 100-meter semifinals, 200-meter dash, and 400-meter relay. As a result, she became the first American woman to earn three gold medals at a single Olympic Game! (All this from a woman who was told she’d never walk again!)

Her inspiration was fellow African-American Olympic track and field athlete, Jess Owens. While many may not know of another fast woman of history named Florence Joyner, Rudolph paved the way for her and gave other female runners of color someone to look up to and admire.

When Did She Die?

After losing a battle with brain cancer, Rudolph died on November 12, 1994, in Brentwood, Tennessee.

She once said, “Winning is great, sure, but if you are really going to do something in life, the secret is learning how to lose. Nobody goes undefeated all the time. If you can pick up after a crushing defeat, and go on to win again, you are going to be a champion someday.”

Another favorite quote of hers was: “No matter what accomplishments you make, somebody helps you.”

Rudolph’s story was shared with the world in her 1977 autobiography, Wilma, which was later adapted into a TV movie. She was inducted into the U.S. Olympic Hall of Fame in the 1980s and was also responsible for creating the Wilma Rudolph Foundation, to promote beginner athletics. Rudolph left behind a legacy that many Olympic athletes would be proud of. She paved the way and led by example, allowing others to follow with greatness.