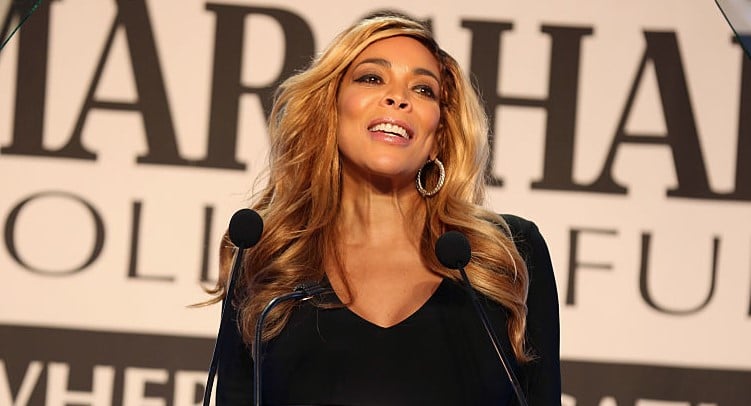 During the Wendy Williams Halloween show, the talk show host was dressed as the Statue of Liberty while judging a costume contest on Tuesday’s episode. She was speaking on stage when suddenly her speech sounded a bit slurred, followed by her struggling to stand, until she finally fainted! The crew immediately rushed to help her and the show cut to commercial. Audience members were in shock when she fell and weren’t entirely sure if it was a stunt or not. Williams returned after a lengthy commercial break for the remainder of the show, to explain what happened.

“That was not a stunt. I overheated in my costume and I passed out. I am a champ, and I am back,” said Williams when she returned.

She was seen propping herself up on a clear podium for support and seemingly still had trouble presenting. Some believe that she may have had a stroke, contrary to her previous statement of being overheated. There has been no further comment from the media personality or anyone else from the network but fans are still wondering what happened to her.

It was just yesterday that the queen of shade offered marriage advice to newly engaged Cardi B, 25, and Offset, 25.

During her opening “Hot Topics” monologue on October 30, Williams told her audience: “This is her time right now… Her career is on fire right now, all more reason not to accept the ring.” She added, “[She’s] 25-years-old, Cardi came from nothing; bought herself some new teeth; she’s got a really good career right now! And, my thought is, there’s a whole lot that goes into staying exactly where you are Cardi, or getting better, because you’re going to get endorsements… things are about to happen and this is not the time to be stalled with a guy you’ve only known for eight months … Even accepting the ring is accepting things to happen … it doesn’t mean they have to get married now, but the proposal is the drum roll. No one has time to wait for a 5-year engagement.”

That’s Wendy for you—she tells it like it is and never holds back—even when she probably should! Before taking the wind out of Cardi B’s sails, she tried to explain to the audience who rapper Offset was.

“Migos is doing well. But, he’s not the Beyonce of the group, but he’s a Kelly [Rowland],” she said, which made her audience explode with laughter. “I’m trying to draw the picture for you all. Now that he’s engaged to Cardi B, he’s kind of elevated his social status to something different.”

Williams was also in the news a while back for rumors about her husband‘s alleged infidelity, which she said were untrue.

Halloween is just a few days away. ?Here's a look back at some of my past costumes. Which costume was your favorite?