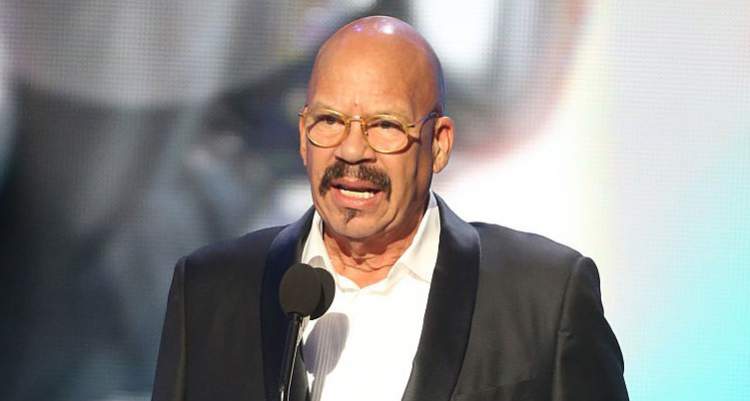 What happened to the Tom Joyner Morning Show? Where is Tom Joyner? That’s the question many have been asking about their favorite radio personality and after visiting his Twitter page, fans learned that the 68-year-old is retiring. We’ve got scoop.

Who is Tom Joyner?

Known for being the voice of the Tom Joyner Morning Show for almost 25 years, Tom Joyner was born on November 23, 1949, in Tuskegee, Alabama. He is one of two sons whose mother was a secretary for the military and whose father served as a Tuskegee Airman. He graduated with a degree in sociology from Tuskegee Institute in 1970 and quickly started his career in radio. He has been married twice and has two children: Thomas Jr. and Oscar Joyner.

Yes, it’s sad but true; Tom Joyner’s radio show is ending. The veteran radio host announced his two year notice on Twitter in mid October and went into further detail on his blog.

“Every one who’s been on this ride with the Tom Joyner Morning Show for the last close to 25 years knows I like to do things Big,” he said. “We started big from day one with a live in-house band (Uncle Butchie and the Live House) led by the late Morris “Butch” Stewart and our inaugural guest Luther Vandross, a groundbreaking soap opera “It’s Your World”, and we grew from there.”

He added, “As we take things to the next level, personally and professionally, we’ll be in celebration mode with more guests, more parties, and more opportunities to Meet Every Listener. We’ve touched a lot of lives and we love and appreciate the millions of people who are part of the TJMS family. So much has happened since we went on the air in 1994…good and bad…and we all went through it together.”

Joyner didn’t give much of an explanation as to why he’s leaving (other than to try new things) but he promised his loyal listeners that he won’t be far.

“Here’s my promise to you: We will continue to be reachable, relevant and ready to super serve our audience in true Tom Joyner Morning Show fashion. The celebration will be epic as we remember the guests, the laughs, the tears, the bits, the unforgettable moments we’ve shared together…and, of course we’ll be making new memories along the way. When we go off the air each morning, I never say goodbye…and I’m not saying it now! Here’s to much more good radio!”

It was awesome having the lovely @iamtinacampbell stop by the studio today! All the best with the new music! . . . . #TooHardNotTo #Life #Destiny #ItsStillPersonal #TJMS

If you want to reach out to Joyner or get a look at his morning show, then you will get all you need from his Instagram page. Many have been wondering where he will go next and will no doubt be missing him when his last show airs. Joyner has interviewed countless celebrities and is known for his endless philanthropy.

Joyner was recently named the National Council of Negro Women’s “Man of the Year” for his charitable efforts and his impact in the community and the entertainment industry. His syndicated show airs in 105 markets.

‪ @sybilzpix & I are getting ready for @lavellsthacomic Friday! We talk with @magicjohnson tomorrow at 8:50 ET! And we want know about those #BallBoys You don't want to miss it! #TuneIn #TJMS‬