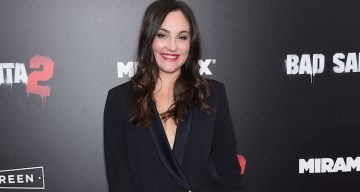 Who is Taylor Strecker?

Taylor is the voice of the popular SiriusXM morning show, Wake Up with Taylor, from 7:00 a.m. to 10:00 a.m. EST. The New York-based host was raised in Cohasset, a small town outside of Boston. She was brought up in a Catholic household by her father, “the doctor in town,” who graduated from Harvard University.

Her mother graduated from Boston College. Her parents were also virgins until they were married and they expected their daughter to be, as well. Taylor later graduated from Ithaca College’s Park School of Communication and her show started in March 2006.

What Happened to Wake Up with Taylor?

If you haven’t already noticed, Strecker is missing from the morning air waves and it appears she may have been replaced! Why was Wake Up with Taylor canceled? No one knows for sure but it looks like fans of the charming media personality will no longer be waking up with her.

If you look on her Strecker’s Instagram account, you will see just how much her fans miss her! Her comments sections have been overflowing with sadness and support from her fans, most of them wondering where she has gone and that they already miss her. Many are already point blame at the radio network, adding what a mistake it was for SiriusXM to let her go.

One comment read: “Hey girl hey!!! My Monday totally sucked when I realized you weren’t there! I looked forward to getting my day started with you. Miss you! What the hell happened? They made a “HUGE mistake….HUGE”!”

Fans are still in disbelief and can’t wait to get some answers and to find out what the former radio host will be doing next.

One follower wrote: “I cancelled my subscription yesterday to Sirius. Met you and Kenny in Milwaukee a few years back, we shared a shot of Jaegermeister. Can’t wait to see what you do next.”

She Has a Girlfriend!

Where is Taylor Strecker now? Aside from making the occasional media appearances, no one really knows. But fans know she’s not alone —and after five years of marriage with her now ex-husband—she’s in a relationship with Taylor Donahue! Strecker publicly came out on June 6, 2016 on her radio show and isn’t a fan of labels.

In an interview with NBC OUT, Strecker explained that she didn’t enjoy sex with men and it helped that her ex-husband didn’t insist on it. She starting out as friends with Donahue but eventually started having feelings for her, which Donahue wasn’t interested in because she didn’t want to ruin their friendship. They eventually got over their issues and starting dating.

“We’d be friends during the day, but when we went out at night, we’d be super flirty with each other, and then the next day we’d just pretend it never happened and act like just-best-friends again. It was towing the line for sure,” said Strecker to Women’s Health magazine.

Although Strecker’s fans are happy for her, they would like to know where she went and when they will hear her voice on the air again.