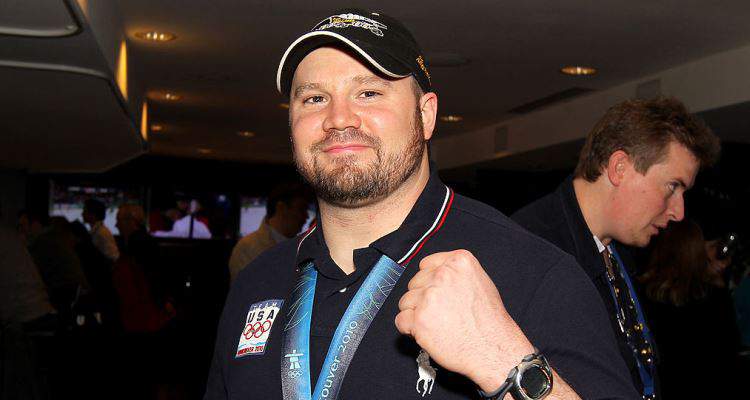 The 2018 Winter Olympics have been going well so far, but when it comes to the U.S. bobsled team, many still look back and remember the late bobsledder, Steve Holcomb, who died last year. What happened to Steve Holcomb? How did Steve Holcomb die? Keep reading for more details and how he’s being remember this year.

Who Was Steve Holcomb?

Steve Holcomb’s Cause of Death

On May 6 2017, Holcomb, who was 37 years old at the time, was found dead in his bed at the Olympic Training Center in Lake Placid, New York. According to reports from the autopsy, the late bobsled champion had prescription sleeping pills and alcohol in his system. His blood-alcohol level was 0.188, which was well above intoxication levels.

“We hold our memories of him close and are so proud of him, not only as an athlete but also as a person,” the Holcomb family said in a statement following his death.

At the time, the Holcomb family threatened to sue Essex County Coroner Francis Whitelaw if he said anything new about the toxicology report to the public.

Their attorney, Stewart Jones, said the family “didn’t feel this is a matter the public was entitled to have any information about.”

“This is personal,” Jones said. “This is family. He is dead. Let him rest in peace. There is no investigation, no civil lawsuit.”

His family added, “Anyone who knew Steven knew what a private person he was despite being a public figure.” According to reports, the family had previously agreed to issue a “scaled-down” press release drafted by one of Holcomb’s sisters. “Our intentions were to continue to respect his privacy, even in death,” they explained.

“Steven’s passing is a tragedy and we are devastated to lose him,” the Holcomb family said. “Steven was an amazing son and brother who was loved and cherished by his family, his friends, the bobsled community and all the communities he touched around the world.”

The three-time Olympic medalist’s bobsled team made arrangements to move on and U.S. officials of the USABS waived the 10-year waiting period in order to induct the late bobsledder into the USABS Hall of Fame.

“We’re still in shock and struggling to come to terms with our loss,” USABS CEO Darrin Steele said. “The sliding community is a tight-knit family, and we lost one of our brothers. The outpouring of support from around the world has helped us begin the process of healing, but his absence will be felt for years to come.”

Holcomb had his portraits taken for the 2018 Olympics, was unfortunately, wasn’t able to compete this year. His team is still set to compete and still remembers him in the midst of the competition.

“We’re all suffering together,” U.S. pilot Nick Cunningham of Monterey said. “And the best way to honor that legacy is to carry it on, to always be that threat on the hill, always put in that work and honor him by what we’re doing behind the scenes. Because that’s how he was good, (it) was the work that he put into it away from the track.”

They definitely still feel the loss of their beloved teammate. “Until you’re on the hill, you don’t really feel his absence completely,” added U.S. push athlete, Chris Fogt.