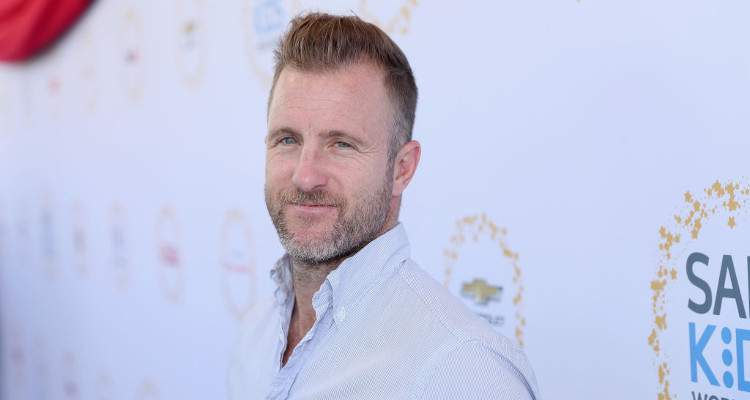 The latest season of CBS’ Hawaii Five-0 premiered in the fall, and we can’t believe all that has happened. First, two famous faces were missing in Season 8, after Grace Park (Kono Kalakaua) and Daniel Dae Kim (Chin Ho Kelly) left the show. Now, it seems that the hit show’s producers have even more twists and turns in store! In last week’s episode, the beloved character of Danny Williams made an appearance with an arm brace! What happened to Scott Caan? Keep reading to find out more!

Danny Williams, played by Scott Caan, is a fan-favorite on Hawaii Five-0. So, of course, when Caan was seen sporting an arm brace on the show, everyone was wondering what happened. How did Scott Caan break his arm? We’ve got the scoop, right here!

Who Is Scott Caan?

If you’re new to the show, here’s a little introduction to Scott Caan. He plays the role of Danny “Danno” Williams, a detective sergeant who is second-in-command to Steve McGarrett, played by Alex O’Loughlin, on the task force.

A peek into his character’s background shows that he transferred from Newark, New Jersey. He is a single dad. Hard work and loyalty are two of the traits that define him, and we have seen how he gives his all for the job.

We also get to see the hilarious camaraderie between the two characters. Danny and Steve always have each other’s backs on the team, and fans love their bromance. The two detectives have been asked several times if they’ve been married for long (a constant joke among them!)

Check out these pictures of Caan and O’Loughlin—with the duo nicknamed McDanno on Instagram— and you’ll see what we’re talking about!

What Happened to Scott Caan?

Ever since Scott Caan’s appearance on Hawaii Five-0 in an arm brace, fans have been asking what happened to the actor.

There has been a lot of talk on social media about the nature of Scott Caan’s injury, although there is no official confirmation by Caan or the show’s producers.
With no details of the injury provided, fans took to Hawaii Five-0’s Facebook page to discuss what happened to Caan. Some say Scott Caan’s elbow was hurt after a fall in Los Angeles, while others say the brace was only for a few episodes and it has already come off. There are also rumors of Scott Caan’s surgery for his injured arm.

Caan’s injured arm brought back memories of his knee injury, back in the first season in 2010. The actor had to leave Hawaii and go to LA to get an ACL injury treated. Scott Caan’s injury was written into the script by the show’s creators and blamed on his partner, O’Loughlin.

Caan’s injury has not affected his appearance on the show. Armed with a brace (pun intended!), it seems like the actor will continue to play the character of Danno Williams.

Scott Caan has more than just a broken arm to contend with in next week’s episode, as a preview revealed. Look away now if spoilers are not your thing!

We are not certain how the writers of the show will work around Caan’s injury this time, or if they will add it to the story to create more drama on the show.

Here’s wishing Scott Caan a speedy recovery with many more adventures to come on Hawaii Five-0!