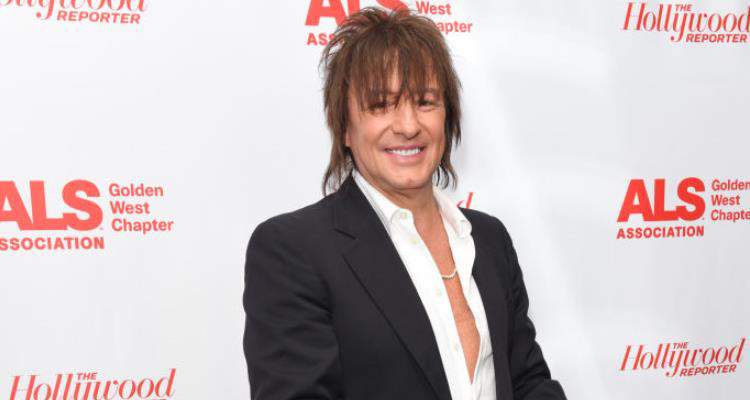 Rock band Bon Jovi is back in the spotlight! The “It’s My Life” hitmakers received the first-ever Icon Award at the iHeartRadio Music Awards on Sunday night (March 11). However, it wasn’t hard to notice that an important band member was visibly missing. Many fans were wondering what happened to Richie Sambora, the original lead guitarist of Bon Jovi for over 30 years. Keep reading to find out!

From “Livin’ on a Prayer” to “Bed of Roses,” Bon Jovi has been making music come alive with their incredible performances for years. The band was honored last night at the iHeartRadio Music Awards and will be inducted into the Rock and Roll Hall of Fame in April 2018!

While fans celebrate yet another achievement by the veteran musicians, many are wondering what happened to one of the original band members, Richie Sambora. So, did Richie Sambora leave Bon Jovi? Where is Richie Sambora now?

Get the full scoop, right here!

Born in New Jersey in 1959, Richie Sambora began playing the guitar when he was just 12 years old. Some of his biggest musical influences were The Beatles, Eric Clapton, and Jimi Hendrix.

Although he has achieved fame as a guitarist, Sambora also plays other instruments like the drums, bass, saxophone, piano, and more.

Sambora rose to fame after joining Bon Jovi in 1983. He was Dave Sabo’s replacement after impressing Jon Bon Jovi with his incredible guitar skills.

The guitarist is one of the stars behind Bon Jovi’s popular albums like Bon Jovi, Have a Nice Day, Keep the Faith, and more. He has also released several solo albums, including Stranger in This Town, Undiscovered Soul, and Aftermath of the Lowdown.

After three decades of playing lead guitar, Sambora said goodbye to the band in 2013. His abrupt departure from Bon Jovi was not expected, according to the other band members.

“We didn’t anticipate it. There was no fight, it was nothing about anything. He just didn’t show up for work,” Bon Jovi explained in an interview with Today in March 2017.

“What was then was then and what is now is now,” Bon Jovi said. “You’ve never heard me say a bad word about the guy. I love him to death. But there was no way I was going to be hindered by his departure.”

According to Sambora, his desire to spend more time with his family was the reason why he quit the band. Even though he admitted he misses the shows and that “making the music is the great part, the fun part, the part where you’re trying to connect with people,” he hated the time spent traveling and being away from his family.

Where Is Richie Sambora Now?

Although Sambora may not be a part of the band, Bon Jovi is still going strong in the world of music. And great times are ahead for the band, who were celebrated at Sunday’s iHeartRadio Music Awards. They will also get inducted into the Rock and Roll Hall of Fame soon.

As Sambora gets ready to get inducted with his old bandmates, Bon Jovi fans are looking forward to an exciting reunion in April.

We’ll have to wait and watch if Richie Sambora joins the band for a reunion on stage to celebrate this milestone. Until then, we hope that you all “Have a Nice Day.”