Lil Tay’s Instagram account suddenly seems wiped clean of any posts or activity. Has the nine-year-old learned her lesson and finally decided to stay away from social media? Find out what happened to Lil Tay.

Currently, everybody on the Internet is trying to solve a mystery. You must have heard of Lil Tay by now, the self-proclaimed youngest “flexer” of the century. Her Instagram posts and videos used to be filled with vile language and claimed that she earns millions of dollars at the age of nine.

Many people were irritated and appalled at the type of language Lil Tay used in her posts, not to mention the fact that she is just nine years old and has been shown driving expensive vehicles. Some even believed that her 16-year-old brother, Jason Tian, and her mother, Angela Tian, were forcing Lil Tay to do these things to gain attention. 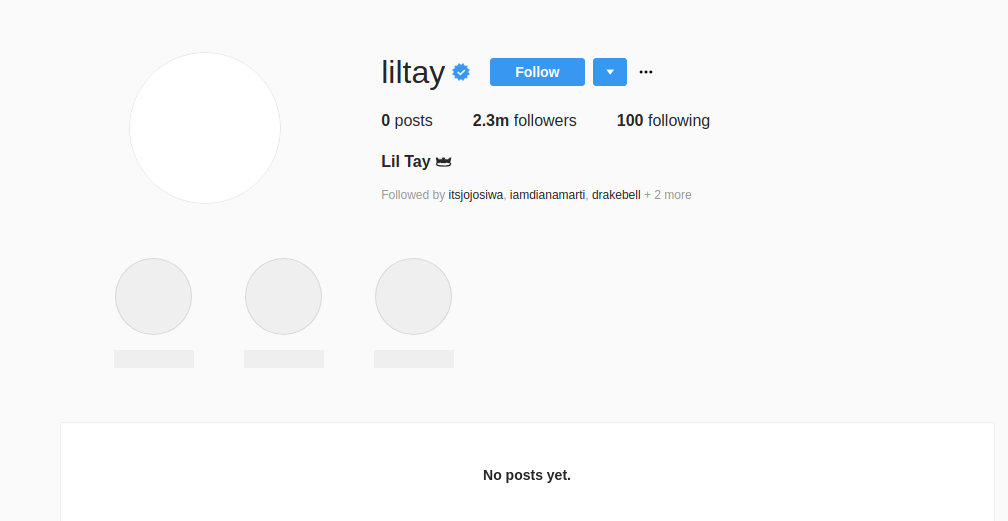 From the looks of it, it doesn’t appear that her account has been deactivated or deleted. If that were the case, her name wouldn’t show up in the search bar. Also, her Instagram page still shows that she has 2.3 million followers. However, the account has been wiped clean, showing zero posts.

There is a chance that Lil Tay deleted all the posts herself, especially after a video of her smoking from a hookah was put up on Instagram and caused immediate outrage. Her face is blurred in the video, but it’s pretty clear that it was Lil Tay smoking.

Wtaf! Tag 3 Friends That Need To See This! Follow me @viraltrendzz

Who knows; maybe Lil Tay is just trying to grab the public’s attention and will be active on the social media platform again soon.

Lil Tay and her mother claim that the Instagram account is managed by Lil Tay, which violates Instagram’s policy. So, is that the reason why all her posts were removed?

Well, we may just have to wait and see if Lil Tay does or say something to her 2.3 million followers about the ordeal. At this time, no answers have been given regarding the sudden disappearance of Lil Tay’s posts. But we have a feeling it was the backlash from her antics that had something to do with it. And the most recent video of the 9-year-old smoking may have been the straw that broke the camel’s back.

But we don’t expect her to be gone for long; her brother, Jason Tian, recently took to Twitter and tweeted the following: 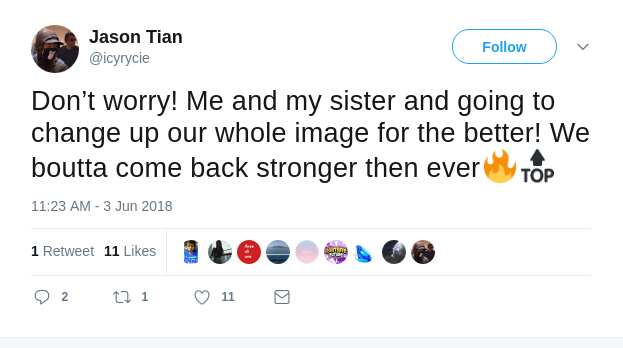 It appears that the brother-sister duo has decided to change things for the better after suffering plenty of backlash.

Reportedly, Jason Tian’s Instagram account was terminated after people reported it, and he wasn’t happy about it, either. 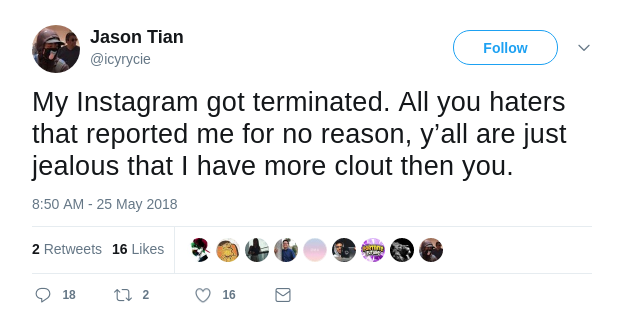 Also Read: Was Lil Tay’s Mom, Angela Tian, Fired Because She Used Her Boss’ Car in a Video?