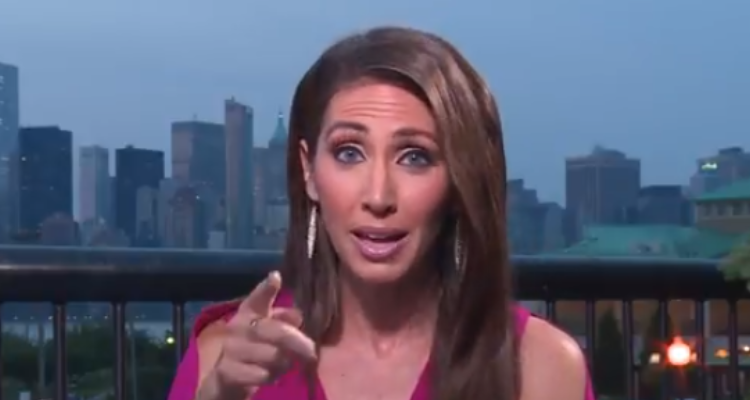 Who Is Lauren Simonetti?

For those who don’t know, Simonetti graduated from George Washington University with highest honors and received her Master’s degree from Columbia University. She is a reporter for Fox Business Network and started her career there in September 2007 as a field producer.

Before joining FBN, Simonetti was a business news writer for CNN, Headline News, and CNN International. She was an associate producer for CNN and also worked as a production assistant for Lou Dobbs Tonight.

Simonetti is married to Mark Cubrilo, a satellite engineer for FBN and they have a young daughter, Rae Vivian.

The Woman Who Inspired Her

So, who’s partially responsible for putting the idea of journalism in Simonetti’s head? Well, it turns out that fans have her mother to thank for that! In an interview with HudsonMOD magazine’s November issue, Simonetti talked about the influence her mother had on her.

“We had storytelling contests in grade school. We’d memorize a story and then recite it in front of an audience. It was essentially a big contest. I did it for a few years and even won some competitions. My Mother suggested that I should be a television reporter. She put the idea in my head. I ran with it. I’m the person who always listens to my mother, even if not at first. She’s been my biggest inspiration.”

When people get used to seeing anchors on TV, it makes sense for them to wonder where they are after seeing them so often. So naturally, when Simonetti isn’t reporting anything in the business world, people start to ask questions.

It turns out that as of late October (before Halloween), Simonetti said farewell to FBN, sort of. It’s true, she’s not doing her usual segment, but she wasn’t fired either, and she didn’t quit.

After eight years of Fox Business reports, it seems that the anchor is stepping back from her duties but is still affiliated with the network, according to a morning segment on Fox 2 News Mornings. That means Lauren Simonetti’s Fox reporting days are far from over and she may still be on a different morning segment.

Proud moment for me!… @dollyparton always does so much to help others. She's now releasing her first children's album. #icon #countrymusic #nashville #imaginationlibrary

If you want to see what Simonetti is up to, then you can always head over to her Twitter or Instagram accounts for by-the-minute updates. She’s willing to share her personal and professional life, but don’t expect too much of an overshare.

Simonetti’s husband is rarely in any photos, she usually never mentions her child’s name, and except for on TV, she hasn’t mentioned her current role or absence.

Kellyanne Conway, new Counselor to the President, has 4 kids … but says: "I don't play golf and I don't have a mistress" and will have the time for this family-friendly White House. Love it!

Her Advice to Future Journalists

In an in interview with HudsonMOD, Simonetti left behind a bit of advice for the next generation of journalists.

“I always tell our interns and productions assistants to wait. The magic age is around 30. It’s hard to have credibility when you’re so young. I say be patient, ask plenty of questions and always volunteer to do more!”