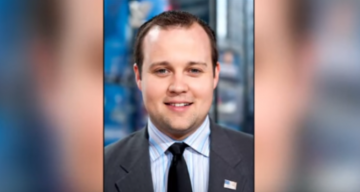 Josh Duggar is no stranger to the spotlight. As the oldest child of the Duggar family, he was one of the stars on his family’s show, 19 Kids and Counting. But after the 2015 molestation scandal, he disappeared from the public eye, causing many fans to wonder where Josh Duggar is now. Keep reading to find out more.

In 2015, Josh Duggar’s world came crashing down after a molestation scandal shook his world and news surfaced that he cheated on his wife.

The reality star has been mostly out of the limelight since then. However, many fans follow his wife, Anna Duggar’s Instagram, for more updates on the family. So, what happened to Josh Duggar? Where is Josh Duggar today?

We’ve got all the details for you here.

Born to Jim Bob and Michelle Duggar, Josh Duggar was born and raised in Tontitown, Arkansas. Duggar has 18 siblings, and they were all part of the hit TLC reality show, 19 Kids and Counting.

If you’re unaware of who the Duggars are, they are a family of deeply conservative Christians. The reality series follows the lives of the Jim Bob and Michelle Duggar and their 19 (Yes, 19!) children. Their show was based on traditional family values.

Even before 19 Kids and Counting, Duggar appeared on shows about his family on Discovery Health, beginning in 2005. Once the show began to air in 2008, it was initially called 17 Kids and Counting. But then, TLC picked up the show and the family only grew bigger, and Duggar and his family became a household name in America.

Josh Duggar was also active in politics. He was the executive director of FRC Action between 2013 to 2015. The non-profit education and lobbying organization was sponsored by the Family Research Council to advance the message of faith family and freedom across America.

He married Anna Duggar (née Keller) in 2008. The couple’s wedding preparations and ceremony were featured on their show in 2009.

And the family just keeps growing! Josh and Anna Duggar are now parents to five kids—three sons and two daughters. Their fifth child was born in September 2017.

What Did Josh Duggar Do?

In May 2015, In Touch Weekly reported that Josh Duggar had molested five minor girls when he was a teenager. Later, the girls were revealed to be four of Duggar’s sisters and a babysitter.

Duggar had reportedly touched their breasts and genitals when they were sleeping and sometimes when they were awake, too. The family said that Duggar had been disciplined, but it was later revealed that the incident was not properly reported to the authorities.

The scandal destroyed Josh Duggar’s image as a family man. And a couple of months later, TLC pulled the reality show off the air.

Duggar resigned from his position with the Family Research Council and publicly apologized for his actions.

In a statement to People, Josh Duggar said, “Twelve years ago, as a young teenager, I acted inexcusably for which I am extremely sorry and deeply regret. I hurt others, including my family and close friends.”

“I confessed this to my parents who took several steps to help me address the situation. We spoke with the authorities where I confessed my wrongdoing, and my parents arranged for me and those affected by my actions to receive counseling. I understood that if I continued down this wrong road that I would end up ruining my life,” Duggar said in his statement.

The family also issued a statement saying that was “one of the most difficult times of our lives.”

Where Is Josh Duggar Now?

In August 2015, Duggar’s name surfaced during the Ashley Madison scandal, and he confessed to cheating on his wife. He checked into rehab and sought forgiveness from his wife.

The last we heard of Josh Duggar was in September 2017. He and his wife welcomed their fifth child, Mason Garrett Duggar.

Anna Duggar posted this picture of the family on her Instagram in December 2017.

According to reports, we may soon be seeing Duggar on TLC’s spin-off series, Jill & Jessa: Counting On.

Duggar’s sisters’ series, Jill & Jessa: Counting On, is reportedly not doing well. This has led Jim Bob Duggar to approach his eldest son for an appearance on the show.

Will America give Josh Duggar a second chance? We’ll sure find out very soon!