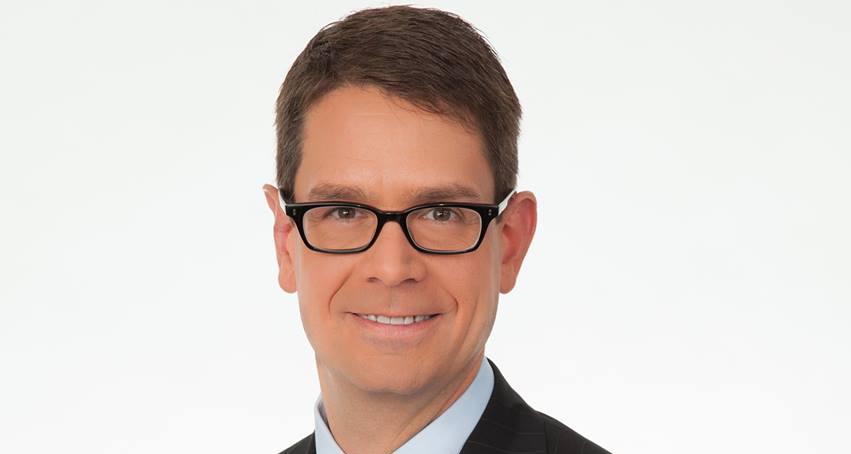 Work comes first for radio personality and Fox News Channel producer, Griff Jenkins. He was seen wearing a sling on the last episode of Fox & Friends. And now, people are wondering what happened to Griff Jenkins’ arm.

Griff Jenkins of Fox & Friends occasionally cohosts the weekend segment of the show. The conservative television and radio personality, who is also the producer of Fox News Channel, is the talk of the town right now.

On Sunday’s episode, Jenkins was seen wearing a sling on his shoulder. He was dressed in formals but the sling on his left shoulder was quite visible.

In fact, his cohosts, Abby Huntsman and Pete Hegseth, were also wondering why Jenkins was wearing a sling.

On Saturday’s episode of Fox & Friends, the cast and crew of the show went to The Plaza for some fun and games. Well, things got a little more interesting when they started playing catch.

Many people participated in the fun activity. And Jenkins, being a sport, did so as well.

Those involved in the game had to run towards a pool while an object was thrown, and had to catch the object.

Jenkins, who wore a suit, also gave it a shot. But, unfortunately, he couldn’t catch the object. He was competing with Pete.

Not only did he lose the game, but Jenkins also dislocated his shoulder when he jumped into the water! He did raise both of his hands after jumping into the water, but he was in massive pain.

Thank God for the Doctors

After Jenkins dislocated his shoulder, he went to the NYU Langone Health to get himself treated. He updated his fans about his condition by posting a video on Instagram.

In the video, Jenkins can be seen shirtless, wearing a sling on his left shoulder. He thanked Dr. Marc Siegel and Dr. Matt Gotlin for their care.

He also showed the X-ray of his shoulder. Dr. Siegel explained that Jenkins has a complete shoulder dislocation.

Despite Griff Jenkins’ injury, he still showed up on Fox & Friends. And people on social media appreciated the fact that he decided to go to work and fulfill his duty, even though he hurt himself.

Many of them called him a warrior and a sport and others wished him a speedy recovery.

Well, Jenkins truly is an inspiration to many and we hope to continue seeing him on Fox & Friends.

In case you didn’t watch the video where Griff Jenkins explains the reason why he is wearing a sling, then feel free to check it out here.

Celebrities
Is Saaphyri Windsor Dead? What Happened to the “Flavor of Love” Star?
Advertisement