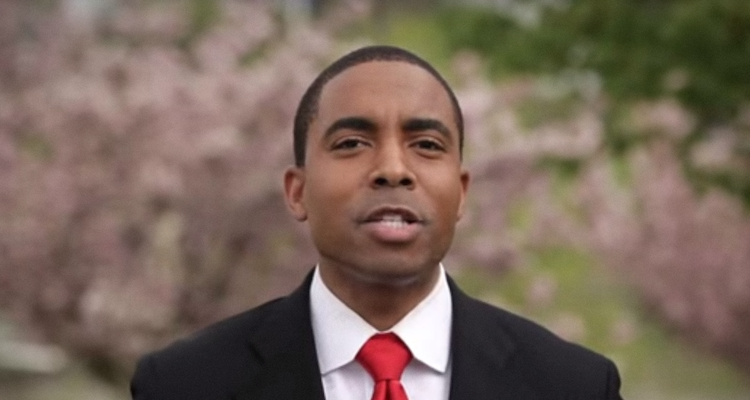 What happened to Gray Hall? Is Gray Hall sick? Fans of the 6abc Action News anchor are wondering where he is and where he’s been lately. Is he on vacation, or is it more serious than that? Keep reading for more information on 6abc’s, Gray Hall and what happened to him.

Who is Gray Hall?

Hall was born in Fort Worth, Texas and graduated from Dillard University in New Orleans, Louisiana. According to his 6abc profile, he played tennis when he was in university and was affiliated with the Melton Foundation, which allowed him to take on global problems while traveling to India, China, and Chile. He’s a member of the Alpha Phi Alpha fraternity and the National Association of Black Journalists. He started off as a production assistant for KTVT, but eventually moved his way up the ladder. Hall also has two young sons, and likes to fish, travel, and watch movies.

According to 6abc, Hall is a two-time Emmy-winning journalist and “previously worked at WWBT-TV in Richmond, Virginia, where he anchored the highest-rated weekday morning newscast for five years, and was also a reporter for the station’s ‘On Your Side’ consumer franchise. Gray took great pride in not only delivering the news, but educating the community about the latest scams and frauds. He also had the opportunity to be an adjunct professor at Virginia Commonwealth University.”

He started out as a fill-in anchor in Miami at WTVJ, and covered a number of stories, including the mortgage crisis and Fidel Castro’s resignation as Cuba’s president. He was also awarded the Green Eyeshade Award while he was working at WCBD-TV in Charleston, South Carolina.

If you have been looking for a way to reach Hall, or want to see what he’s like on his down time, then Instagram is the way to go. You will mostly find posts of his latest on-air news reports or see him interacting with fans on the street. Many have addressed his absence in his most recent post, which dates back to October 22, 2017.

Hope you watch us on @6abcactionnews Weekend Mornings.

How is Gray Hall’s health? Many have been wondering (since they haven’t seen him on air in Philadelphia), exactly where he currently lives. Many were wondering where Today‘s Dylan Dreyer was after she had her baby, and it’s common for people to wonder about their daily anchors. According to Hall’s co-anchor, Alicia Vitarelli, he was sick back in October.

“Thank you so much to everyone reached out to see how Gray Hall is doing,” she said in a Facebook post. “He was feeling under the weather this afternoon. he was taken to the hospital to get checked out, but is now feeling better…”

Many of Hall’s fans on Facebook showed their support, asked questions, and shared their suspicions about what they thought happened to him.

“Wow….I noticed that he was stumbling on his words and I knew that was out of the norm for him,” said Barbara DeCesari Rodgers in the comment section. “So glad he is feeling better!! Thanks for letting us know. Get well soon Gray!!!”

Another comment said, “Just saw this, was wondering where he has been. I thought he was on vacation. Wishing him a speedy recovery and hoping he feels better soon. Thank god he went to the hospital. I will watch the episode on Thursday with Brian Taft and Gray.”

But Hall isn’t the only on-air personality to be caught stumbling on camera. Talk show host Wendy Williams scared her crew and viewers on Halloween when she was seen slurring, stumbling, and ultimately fainted. She later released a statement that it wasn’t a joke or a stroke, but a result of being overheated.