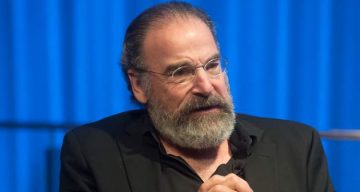 Criminal Minds has kept audiences riveted for 13 seasons of profiling killers. Fans have seen several personnel changes in the BAU and the show has kept fans on their toes for years, even with changes to the cast. But they still miss the original BAU team! Last night’s episode saw the end for one of the show’s most beloved cast members. What happened to Gideon on Criminal Minds? Keep reading to find out!

In 2005, Mandy Patinkin was cast in CBS’ new crime procedural drama, Criminal Minds as Jason Gideon. Criminal Minds is in season 13 now and the only members from the OG BAU are Spencer Ried, Jennifer Jareau, and Penelope Garcia. Several agents were reshuffled and some returned, but there’s no door open for Gideon’s return. How did Gideon die on Criminal Minds? Let’s go back in time, shall we?

Who Is Jason Gideon?

Mandy Patinkin was cast as Jason Gideon from the first season of Criminal Minds. The veteran FBI agent was once the unit chief. However, after taking a hiatus to deal with some on-the-job trauma, he returned as a senior supervisory special agent while Aaron Hotchner (Thomas Gibson) was unit chief.

Gideon and the BAU profiled and caught unsubs but weren’t always successful. The toughest killer Gideon ever profiled was one Frank Breitkopf. After a cat-and-mouse chase over several episodes, the team closed in on Frank, but he ended up committing suicide.

Gideon is ridden with guilt because he couldn’t save Sarah. Her death begins to haunt him and gets in the way of his work. After a wrong judgment on his part led to the deaths of both the unsub and the victim, Gideon lost faith in his profiling skills.

His confidence reaches rock bottom when Hotch is suspended for his mistake. Unable to go on as a profiler, Gideon leaves the BAU. His team is unaware until they find his badge, gun, and a letter addressed to Spencer Reid (Matthew Gray Gubler). Gideon is last seen in season 2 driving off into the sunset.

A Farewell No One Saw Coming

After Gideon’s abrupt departure from the BAU, his old colleague, David Rossi (Joe Mantegna) filled the void starting in season 3. Gideon only gets passing mentions in the later seasons.

The show finally left no scope for Gideon’s return in the season 10 episode titled “Nelson’s Sparrow.” Gideon is murdered off-screen by a serial killer named Donnie Mallick. A dying Gideon left a clue Rossi identified, and the team got to the bottom of Gideon’s murder.

The episode features flashbacks to the BAU’s establishment featuring younger versions of Rossi (Robert Dunne) and Gideon (Ben Savage). Other than Savage’s portrayal of Gideon, the FBI veteran is never seen on screen again. Patinkin didn’t film his send-off in season 10 nor was Gideon’s face shown again.

Why Did Patinkin Leave Criminal Minds?

The season 10 farewell to Gideon was longtime coming for Patinkin’s character. According to reports, the Homeland actor was AWOL for a table read, leaving his colleagues and fans in a tizzy.

Patinkin later announced his departure from the show to everyone’s shock. Reportedly, neither salary nor contractual obligations were causes for his exit. According to the actor, he left because of “creative differences.” What were those differences exactly?

In an interview before he left, Patinkin said he loathed violence on television. Though he knew the nature of the content on Criminal Minds, he couldn’t agree to it. “I thought it was something very different,” he said. “I never thought they were going to kill and rape all these women every night, every day, week after week, year after year. It was very destructive to my soul and my personality.”

He called doing Criminal Minds his “biggest public mistake.” Though his departure was abrupt, Patinkin left his castmates personal apology notes wishing them luck. He briefly returned to film one final scene but didn’t return for season 3.

Apparently, Patinkin has a reputation for pulling disappearing acts. He previously pulled out of CBS’ Chicago Hope abruptly, too. Leaving Criminal Minds damaged his reputation and didn’t get him any offers for four years. But, he made a comeback to TV with Homeland.

“Nelson’s Sparrow” was written by executive producer, Eric Messer and Kirsten Vangsness, who plays Penelope Garcia. But why take eight seasons to finally close the chapter on Gideon?

“When Mandy left eight years ago, there were a gazillion ways to go,” Messer explained. “We chose the most honest version, which was to write what was really happening. Sure, for a heartbeat it might’ve been on the table, but creatively, we didn’t ever want to seem like it was punishment, like we were killing a character to punish him.” He added they wanted Gideon to die a hero.