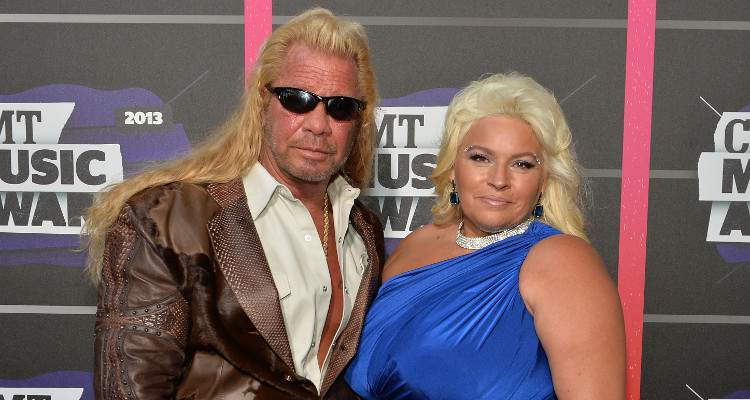 People have been wondering where their favorite bounty hunter is these days and what he’s been up to. The sad news is that Duane Lee Chapman’s wife, Beth, has died almost two years after she was diagnosed with stage 2 throat cancer in 2017. For the longest time, Beth put up a brave fight against the disease, with her husband standing by her side through every step of her treatment. She appeared to be cancer-free for a while, but the disease returned in 2018. Keep reading to find out more about what the Chapman family is going through.

People remember Duane Lee Chapman from his reality television program, Dog the Bounty Hunter, which debuted on August 30, 2004, on A&E. The theme song of the program was performed by heavy metal legend, Ozzy Osbourne. Chapman had met his fifth wife Beth Chapman (nee Smith) in the late ’80s, and in 1995 they joined together in business and life, merging their families and children. Beth ran the bail bonds office and went bounty hunting with her husband, where she often gave sound advice to the detainees.

After being together off and on for 16 years, Chapman and Beth got married on May 20, 2006, at a Hilton hotel in Waikoloa Village, in Hawaii. After the show ended in 2012, the Chapman family went their separate ways, leaving many wondering what happened to Duane Lee Chapman and his wife. Life has been extraordinarily difficult for Duane Lee Chapman in recent years.

The end of Dog the Bounty Hunter was very explosive with issues in the family that was once so closely knit. Two of his sons, Duane Lee Chapman II and Leland Chapman, almost demanded to be fired after they got into a screaming match with their stepmother, Beth Chapman, after an argument got out of hand, and boiled over on set.

Brothers Quit the Show in Anger

Chapman II screamed, “You want me fired, you gotta fire me. That’s all I am saying.” The fight between him and Beth continued until Leland joined in saying, “I quit too.” The two brothers stormed off, but Beth continued to shout and scream after them, “It’s not on me, Leland. Call your Dad! Call your Dad!” Both Chapman II and Leland later confirmed that they left the show.

After this family breakup, the couple started a new reality series, Dog and Beth: On the Hunt, which featured them and Leland. The series premiered in April 2013 and had the trio visiting failing bail bond agencies all over the United States, giving advice on how to make their loss-making businesses into successes. They also helped these agencies capture wanted fugitives. Chapman also became a writer and released two books: You Can Run But You Can’t Hide, and Where Mercy is Shown, Mercy is Given, in 2007 and 2010 respectively.

On the Right Side of the Law

So, what is Duane Lee Chapman doing today? After releasing his two books, Duane and Beth decided to refocus their roles in the bail bonds industry. They became activists and fought for bail bonds legislation reform with the hopes of eradicating laws that placed strict restrictions on bail bonds settlements and instating bail bonds in certain states that previously prohibited them.

They made their decision to leave reality TV and become activists to allow Beth more time and energy to work with the Professional Bail Agents of the United States (PBUS), a national association that represents more than 15,000 bail agents across the country.

In September 2017, Beth was diagnosed with an aggressive form of stage 2 throat cancer and had been receiving medical treatment since then. She underwent surgery to remove the cancer and was announced cancer-free in November of that year.

Unfortunately, the cancer came back, spreading to her lungs, in December 2018, and she started chemotherapy immediately. In April 2019, she was rushed to the hospital after experiencing severe breathing problems. After an emergency surgery, doctors were able to relieve the pressure caused by accumulated fluid in her lungs.

But in late June, Beth was admitted to the intensive care unit at Queen’s Medical Center in Honolulu, Hawaii where she had been placed in a medically induced coma. TMZ reported emergency services were called to the home due to a “choking emergency.”

The Chapman family received a massive outpouring of love and well wishes from fans all over the world. On June 23, Duane and Beth’s daughter, Bonnie, shared an update on her Instagram Stories regarding her mother’s condition.

She wrote: “There’s not much of an update I can give, I can say she’s getting good care. I know you guys wanted more but y’know, it’s a coma [not] much can be updated.”

Duane had also taken to Twitter to ask for thoughts and prayers during the difficult time for his family. On June 22,  he tweeted: “Please say your prayers for Beth right now thank you love you.”

In addition to asking people to pray for his wife, Duane posted a teaser on Instagram, featuring his wife, for his new upcoming WGN America series, Dog’s Most Wanted.

“Duane Dog Chapman here,” he says with Beth standing by his side. “My wife, the love of my life, is fighting for her life and instead of being at home helping her, I’m out here looking for you. So I’m warning you in advance. May God have mercy on you when I catch you because I won’t.”

At the end, Beth looks directly into the camera and says, “You’ve been warned.” The teaser was filmed while Beth was still in remission, showing her tremendous strength and tenacity in handling anything life threw at her.

Together in Life & Death

My wife and I @ State of the union Dinner @mrsdog4real

Chapman continued to support his wife in her fight against throat cancer, maintaining vigil by her bedside until she succumbed to the disease days later on June 26.

It’s 5:32 in Hawaii, this is the time she would wake up to go hike Koko Head mountain. Only today, she hiked the stairway to heaven. We all love you, Beth. See you on the other side.

“When we made a pledge many years ago I said I’d love her in sickness and in health until death do us part. And that truth has really, really come alive in my mind. And I have to stand on that; I gave her an oath that I would love her forever,” Duane said in November 2017.

The couple were promoting their two-hour A&E special, Dog and Beth: Fight of Their Lives, which aired that same month. At the time, they had revealed that Beth was cancer-free.

Hours after Beth passed, Duane gave a tearful interview to reporters gathered outside their home in Hawaii.

“You kind of try to remember that you’re celebrating life, but right now we’re mourning the death,” he said, adding that the family didn’t anticipate Beth’s rapid deterioration.

“For a few years, we knew this day would come…It came really unexpected, really fast. All of her clothes, her makeup, everything. We didn’t prepare.”

Duane also stressed the importance of finding a cure for the disease.

“It’s a hard fight. She fought hard…I loved her so much,” he continued. “As Lazarus lay, Jesus said, ‘He’s not dead, he sleepeth.’ My final words are, ‘Beth isn’t death, she sleepeth.’