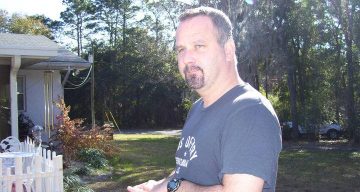 It is indeed a sad day in the history of motocross. Fans were just coming to terms with Jim Hale’s death when the news about motocross racer Brian Swink’s death hit them square in the face. If you want to know what happened to Brian Swink and the cause of his death, then keep on reading.

Jimmy Button, who goes by the name “@btnfly” online recently took to Twitter and posted a photo of Swink. In the caption, Button wrote about the race in which he and Swink participated.

He described the races they participated in and finally ended the caption by saying that he is sad to hear that Swink passed away.

A lot of people in the comments section also expressed their condolences for the loss of Swink. A few of them (probably Swink’s friends) wrote that in the past few years, they tried reaching out to him and learned that he was not in a good place.

How Did Brian Swink Die?

According to the comments section on social media platforms like Instagram and Facebook, Swink seemed to be struggling with alcohol. Some say it was Swink’s mother who found him on Thursday.

Swink was allegedly battling alcohol for several years, so some believe he died due to kidney failure.

As of now, the official report of his death has yet to come. An autopsy will be performed, and Swink’s cause of death will be confirmed, likely in the coming days.

Those in the comments sections have suggested that Swink was dealing with some issues and that things had been “rough” for him lately.

Brian Swink was a Michigan native and was on team Suzuki, but later represented the Honda of Troy squad. He was a very famous motocross racer, especially during his heyday.

People called him the next Jeremy McGrath.

He was one of the most iconic and legendary motocross racers of the ‘80s and ‘90s. Throughout his early career, out of the 11 East Coast Supercross races he participated in, Swink was the winner of five of them, came second in two races, and was placed third, fourth, fifth, and seventh in the others.

His fans, family, and friends are devastated to learn that one of their motocross heroes passed away at such a young age. Many of them remember meeting him, growing up with him, or simply watching his work on the tracks. And a lot of the people have left condolence messages for him.