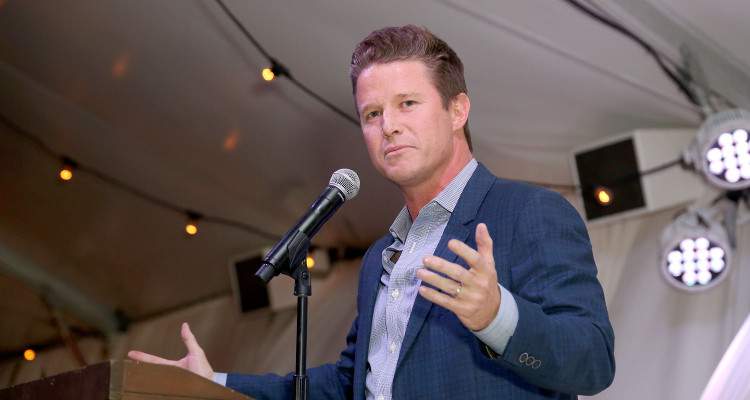 Former Today co-host, Billy Bush was hospitalized after taking a hit from a golf ball! He posted pictures of himself on Instagram after the accident, which happened two days after President Trump announced that the 2005 Access Hollywood tape is fake. Speaking of Presidents, is Billy Bush related to former President Bush?

You may know Billy Bush as the former co-host on the Today show, as he’s interviewed some of the biggest names in the industry. But do you know his lineage? The anchor is recovering after he was admitted to Cedars-Sinai Hospital on November 27, but people want to know where Billy Bush is now. Billy Bush’s infamous tape with President Trump has created a stir again, and here’s everything you need to know.

Incidentally, the accident happened a couple of months after Bush separated from his wife of almost two decades, Sydney Davis, and just two days after Trump stated that the infamous Access Hollywood tape (where Trump and Bush are heard saying derogatory things about women) is fake. The tape was thought to have caused a huge dent in Trump’s candidature, but it did little to his campaign.

On the tape, Trump is heard saying, “I don’t even wait. And when you’re a star they let you do it. You can do anything … grab them by the p***y. You can do anything.” The 45th President of the United States apologized for the statements later in October 2016.

“This was locker room banter, a private conversation that took place many years ago,” he said. “Bill Clinton has said far worse to me on the golf course—not even close. I apologize if anyone was offended.”

Honored to host a luncheon for African leaders this afternoon. Great discussions on the challenges & opportunities facing our nations today. #USAatUNGA #UNGA #USA

What is Billy Bush Doing Now?

Just two days before Bush was hit on his forehead by a golf ball, President Trump issued a statement claiming that the statements in the 2005 tape were not made by him, and that the tape was not authentic.

The New York Times reported that Trump “suggested to a senator earlier this year that [the tape] was not authentic, and repeated that claim to an adviser more recently.”

Bush also issued an apology for his misdemeanor and the fact that he could have changed the conversation on that bus, but he didn’t. Instead, he laughed at it along with Trump, which did not help his case or his career. He said, “It’s no excuse, but this happened 11 years ago—I was younger, less mature and acted foolishly in playing along. I’m very sorry.”

He expressed regret for his actions saying, “[Trump] liked TV and competition. I could’ve said, ‘Can you believe the ratings on whatever?’ But I didn’t have the strength of character to do it.”

When the tape leaked in 2016, his 16-year-old daughter questioned him over the phone, asking why he laughed at those statements because “they weren’t funny.”

The Bush family has been a part of American history for decades, and with two notable presidents—George H.W. Bush and George W. Bush. William Hall Bush (Billy) is the first cousin of the younger Bush, meaning he is a nephew of the older.

With the new allegations of the tape being a fake, we can only wait and see the outcome. Until then, we wish Billy Bush a speedy recovery.