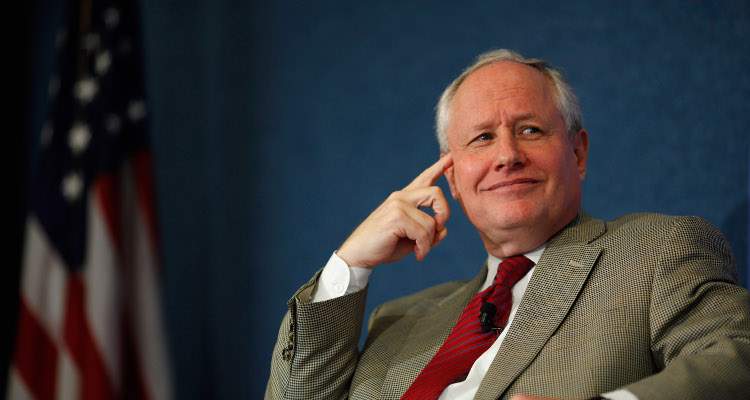 You may remember Bill Kristol from when he was a regular guest on Fox News. The current Weekly Standard editor took a jab at the network when he said host Tucker Carlson showcases “ethno-nationalism of some kind.” So, why did Bill Kristol leave Fox News? Get the scoop on what happened to Bill Kristol, right here!

Bill Kristol and Fox News are making headlines, but not because the pundit is returning. Kristol took on the network and one of its hosts for being unfair. He had a disagreement with Fox News chief, Roger Ailes, which reportedly ended his relationship with the network.

What Did Bill Kristol Have to Say about Tucker Carlson?

Bill Kristol and Tucker Carlson go way back to when Carlson was 24 years old. Kristol was his mentor back then.

But now, the dynamic between the duo has changed, and Kristol is calling Carlson out for being what “is close now to racism.” He feels that Carlson changed over the years from a conservationist to someone who dumbs down people’s emotions.

The sudden reaction to Carlson caused a stir. And now, everyone wants to know why Bill Kristol left Fox News in the first place!

Kristol’s tenure at the network lasted between 2002 and 2012. During that time, he was a key contributor to the channel.

In 2011, the Fox News chief reportedly directed Kristol to take a negative stance against an individual who “had run afoul of” him. Ailes also allegedly wanted Kristol to call people in Washington to say, “Don’t hire this person.”

Kristol disagreed over this issue and refused to get into Ailes’ personal argument.

Over the year, Kristol was seen much less frequently compared to his earlier appearances. Eventually, he was released from Fox News.

Kristol’s friendship with Ailes iced out. He cites their previous argument as playing a critical role his departure from the network.

What Is Bill Kristol Saying about Fox News?

“I had a great ten years at Fox, but it’s also been fun being a free agent,” Kristol said in an interview in 2013.

While speaking to CNBC’s John Hardwood, Kristol touched on these matters once again. He also took to Twitter to talk about Robert Mueller’s firing being ordered by POTUS Donald Trump.

“Why would Trump have returned to the idea of firing Mueller now? He may recently have learned how much Mueller now knows. He also soon has to agree to be interviewed or not, may have decided not, and thinks firing might be better than refusing to talk and/or taking the fifth,” Kristol tweeted.

Bill Kristol regularly tweets his opinions about politics to his 295,000 followers.

If you put this article together with the DOJ letter on the Nunes memo (which WH Counsel would presumably have seen and signed off on before it was sent), we might be witnessing a last ditch attempt by McGahn and DOJ (and COS Kelly?) to restrain Trump from going full Nixon.