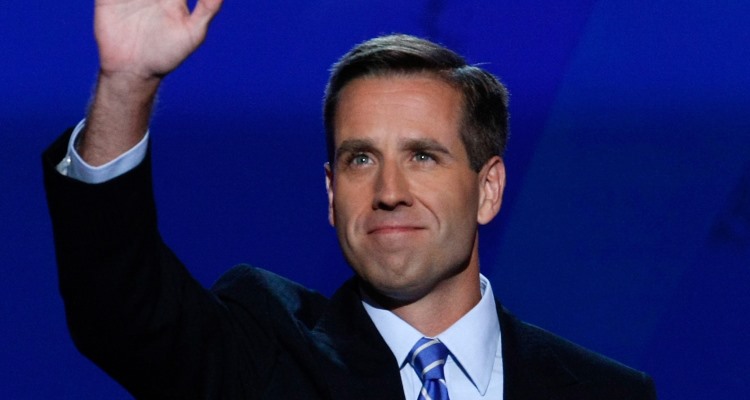 Former Vice President Joe Biden has delved into some private memories and stories about his life in his new memoir, Promise Me, Dad: A Year of Hope, Hardship, and Purpose. With his son being the focus of the book, many people are wondering about what happened to Beau Biden. How did Joe Biden’s son die? What did Beau Biden die from? In this article, we’ll answer all those questions by taking an in-depth look at the life and death of Beau Biden.

Joseph Robinette “Beau” Biden III was born on December 18, 1972, in Wilmington, Delaware. He was the oldest son of Joe Biden and his first wife, Neilia. When Beau was around four years old, his mother and younger sister, Naomi, were killed in a car accident. Beau and his younger brother, Hunter were both in the car and though they sustained injuries, both of them survived the crash. Four years later, Joe Biden got married again to Jill Jacobs. That marriage brought another child to the family, a daughter named Ashley.

After high school, Beau went on to the University of Pennsylvania and followed that up with law school at Syracuse University College of Law. Beau joined the army in 2003 as a member of the Delaware Army National Guard. He eventually gained the rank of Major in the Judge Advocate General’s Corps as part of the 261st Signal Brigade in Smyrna, Delaware. While he was mainly on the legal side of things, he was deployed to Iraq in 2008.

Beau Biden first ran and won political office when he ran for Attorney General of Delaware in 2006. He would be re-elected to that same office in 2010. Beau had announced his intentions to run for the office of governor of Delaware in 2016 but unfortunately, his life was cut short due to a deadly disease.

During all of this, Beau Biden met Hallie Olivere and the two got married in 2002. The couple had two children, both were daughters.

How did Beau Biden die? The simple answer is cancer. The full answer is a bit more complicated. In August of 2013, Biden went into University of Texas MD Anderson Cancer Center in Houston after symptoms appeared. The Cancer Center discovered that Beau had brain cancer and a lesion was removed from his brain. This surgery was followed by radiation and chemotherapy. At that time, he went into remission. But on May 20, 2015, Biden went into the hospital again, this time at Walter Reed National Military Medical Center. The cancer had aggressively come back and ten days later, May 30, 2015, Beau Biden had passed away at the age of 46. At his funeral, Beau was awarded the Legion of Merit Award for his service in Iraq.

Time has gone by but Beau Biden has returned to the news with the release of his father’s memoir. His father has written about what a horrible feat it is to outlive his own son, while detailing the incredible relationship the two shared. With the increased spotlight it has also come out that Beau’s brother, Hunter, is now in a romantic relationship with Beau’s widow, Hallie. Many people may rush to judge but for his part, Joe Biden and his family have accepted it saying in a statement to the New York Post:

“We are all lucky that Hunter and Hallie found each other as they were putting their lives together again after such sadness. They have mine and Jill’s full and complete support and we are happy for them.”

Hunter also reiterated the statement with his own:

“Hallie and I are incredibly lucky to have found the love and support we have for each other in such a difficult time, and that’s been obvious to the people who love us most. We’ve been so lucky to have family and friends who have supported us every step of the way.”