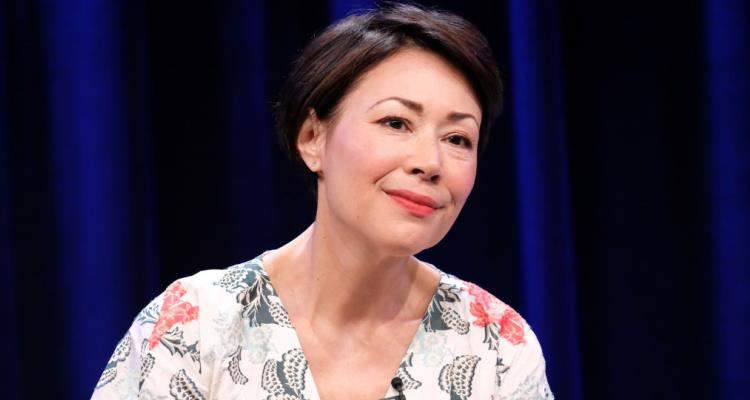 With Matt Lauer getting canned from the Today show this morning, all anyone can talk about are the allegations behind his firing. This also opens old wounds as it’s somewhat ironic that the alleged reason Ann Curry left the network was because of Lauer himself, and now he is the one in the doghouse! Why was Ann Curry fired? We know you’re dying for a recap of the full story, so keep reading for all the details!

There are always questions that follow the news of hosts leaving our favorite talk shows, especially when they exit in unceremonious ways. Something similar happened with Ann Curry when she was suddenly booted from The Today show in 2012. But why? Was Ann Curry fired? What happened to Ann Curry? Keep reading for all the details.

Why Did Ann Curry Leave the Today Show?

After what happened to Matt Lauer, we guess fans of the veteran journalist Ann Curry (and probably Curry herself) must finally be feeling vindicated. “What goes around comes around;” isn’t that what they say in the end? When she announced that she was leaving NBC news, many attributed the reason behind the axing of Ann Curry to Matt Lauer. Since then, Ann Curry and Matt Lauer have been participants of a silent cold war, and apparently were never fond of one another to begin with. An NBC insider source apparently said that, “Ann and Matt never made up after her firing. He believes the way she handled it made him look terrible, while she believes Matt played a major role in her downfall.” Sometimes when egos are hurt, they tend to take a lifetime to heal!

The entire situation was a catch 22. Her salary deal with NBC was reportedly worth $12.0 million a year. While she was unhappy with the way her bosses under-utilized her, they felt that the salary they were paying her was more than substantial for the amount of airtime they were actually giving her.

According to a network insider, “Ann has been unhappy that NBC wasn’t using her enough and NBC News chiefs were frustrated that she had this huge salary while rarely appearing on air.”

Matt Lauer Gets the Boot!

Lauer being ousted from the show comes amidst reports of him being accused of sexual misconduct. He was earlier accused of passing snide remarks to celebrities like Anne Hathaway. His style of interviewing came under fire when he repeatedly interrupted Hilary Clinton and turned the entire interview into what some called “a mere mockery of what could have been a serious talk show.” His interview with the former child star Corey Feldman also drew flak from the audiences. The allegations against him that were revealed today have shocked his fans, co-hosts, and the nation. And being the first complaint like this against Lauer in over 20 years with the network, it didn’t matter. NBC has zero tolerance and based on the fact that they believe this was not an isolated incident with Lauer, they let him go.

Where is Ann Curry Now?

Though she’s mostly stayed out of the limelight since her departure from the Today Show, Ann Curry broke her silence and commented on the whole Matt Lauer debacle. (And no, we don’t mean she’s sitting back reflecting on the irony of the situation!) She declined to comment specifically on NBC firing Lauer, she told People, “I’m still really processing it.”

She added, “The women’s movement got us into the workplace, but it didn’t make us safe once we got there. And the battle lines are now clear. We need to move this revolution forward and make our workplaces safe. Corporate America is quite clearly failing to do so, and unless it does something to change that, we need to keep doing more ourselves.”

Earlier in October, Curry joined the ever-growing “#metoo” movement to spread the awareness of sexual assault and harassment.

She said, “I admire the women who have been willing to speak up both anonymously and on the record. Those women need to keep their jobs, and all women need to be able to work, to be able to thrive, without fear. This kind of behavior exists across industries, and it is so long overdue for it to stop.”

She continued, “This is a moment when we all need to be a beacon of light for those women, for all women, and for ourselves.”