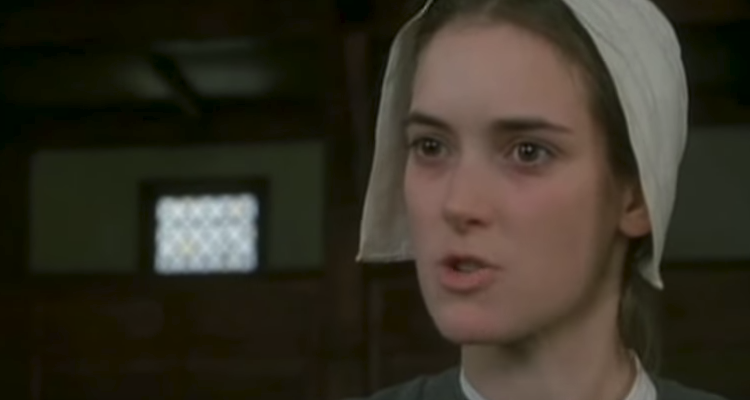 What happened to Abigail Williams? How did Abigail Williams die? There’s been a lot of talk about the Salem witch trials and their comparison to the  #MeToo movement and other investigations. This has led many to revisit the life of a girl who made it her mission to accuse others.

Who Was Abigail Williams?

You may remember her character from Arthur Miller’s play, The Crucible, but the girl we are referring to was actually a real person. She was born on July 7, 1680, in Salem Massachusetts and is mainly known for being the first accuser in the Salem witch trials of the 1600s. How old was Abigail Williams? She was only 12 years old when she started falsely accusing innocent women of being witches, which came to the total of 150 people by 1693. As for Abigail Williams’ death, there’s no record of exactly when or how she died, since she disappeared (probably by mortal means) halfway through the trials. There have been rumors dating back to what happened to her, but no one knows for sure. Her disappearance has remained a mystery for centuries.

The word “witch hunt” has been thrown around a lot lately in response to the rash of sexual harassment allegations being made against Hollywood’s elite and powerful men (in general). One way all of this relates to Williams is an example of when women blame other women for being sexually harassed, whether the accusers meant to blame them or not. The most recent example was when Murder, She Wrote actress, Angela Landsbury said that women must take some of the blame for how men react to how they dress. Yes, she angered the hell out of the Internet and she was thoroughly collected as a result. She later tried to clarify saying, “There is no excuse whatsoever for men to harass women in an abusive sexual manner. And, I am devastated that anyone should deem me capable of thinking otherwise,” said Lansbury in a statement sent to USA TODAY.

Designer Donna Karan was also burned at the stake (not literally) for a similar comment that she made weeks before Landsbury, and the initial reaction from social media was the same when she defended Harvey Weinstein.

“I also think how do we display ourselves? How do we present ourselves as women? What are we asking? Are we asking for it by presenting all the sensuality and all the sexuality? . . . What are they asking for? Trouble,” said Karen.

She later apologized but bore the wrath of Twitter (in 140 characters or less) from both celebrities and regular people. Many have criticized that the #MeToo movement is nothing more than a witch hunt for men, and while most men deny the claims, their careers are almost immediately ruined by the allegations alone.

EVERY WOMAN IS THE PERSON OF THE YEAR. I hear you. I see you. I am you. We can only create this change together. And you have my promise that I am standing beside YOU in this movement. This is for you Maria in Detroit. And for you Kirstin in Alabama. And for you Stella in Los Angeles.  And for Konjit in Ethiopia. And for you, mom. And for anyone who has ever been hurt. THIS IS FOR YOU. #MeToo #HerToo

Leading men in politics are not immune to sexual misconduct and names like Al Franken and Roy Moore have been sharing headlines for weeks now. Not that it matters, but one is a Democrat (Franken) and the other is a Republican (Moore). Many have criticized men who ask why women wait to long to say anything, but fail to realize that women have more power to speak up now than they did decades ago.

In earlier times, the victim was often considered a liar, a whore, and idiot or fired for anything that was done to them. Women (and men) now have a platform to speak and have their stories heard like never before. The word “story” should not be confused with a tall tale, and only a small amount of women ever lie about abuse to gain attention. Many have even called out President Donald Trump for his past actions and comments toward women but he seems to be a tenth-degree black belt in evasion and hides behind the go-to response of “fake news.”

Do you think Hollywood is out on a witch hunt for those who have abused their power? Let us know your thoughts in the comments below!

I support "full repeal of ObamaCare and replacement of Mitch McConnell." It was a great evening in Lee County with supporters ready to confront the establishment and drain the swamp. Check out our latest TV ad (link in profile)! #MooreSenate #ALSEN