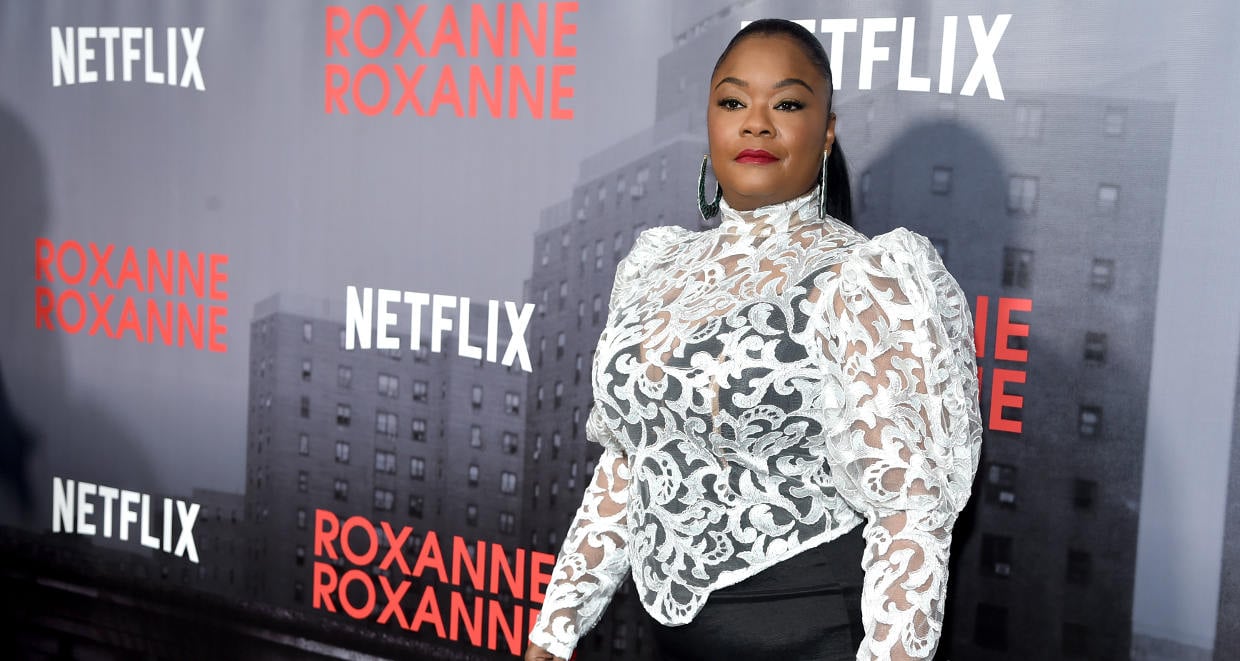 Before Nicki Minaj and Cardi B came into the picture, Roxanne Shanté was rap’s undisputed female superstar. Coming out of Queens, New York, in the ‘80s, Shanté paved the way for young female rappers to become major recording artists. So, what happened to Roxanne Shanté? Where is Roxanne Shanté in 2018? Keep reading to find out!

Roxanne Shanté’s name may not sound familiar to today’s hip-hop fans. But at her peak, she was a force to be reckoned with!

As a young girl, Shanté won rap battles against older men and ruled the rap scene in her tough Queensbridge neighborhood. Success came, but so did relationship troubles for the young Shanté, who then seemingly disappeared into oblivion.

Now, with Roxanne Shanté’s Netflix film, Roxanne Roxanne, the rapper is back in the spotlight and here to share her inspiring story with the world. We’ve got everything you need to know, right here.

The Original Darling of Rap

Born on November 9, 1969, in Queens, New York, Shanté’s real name is Lolita Shanté Gooden. She changed her name to Roxanne Shanté when she was 14 years old.

As a teenager, Shanté rose to fame when she took on rap trio U.T.F.O., dissing them for failing to make an appearance at a concert. Her song, “Roxanne’s Revenge,” became a huge hit and propelled a young Shanté to stardom.

Shanté was the star of Roxanne’s Wars, a rivalry of sorts that ruled the ‘80s hip-hop circles. Many records were produced as a result of it.

During her years as the queen of rap, Shanté released three albums, including Bad Sister, The Bitch Is Back, and Live and Let Die.

What Happened to Roxanne Shanté?

In a tough industry filled with powerful men, Shanté stood out as an incredibly talented female rapper. She took on the male-dominated genre of rap as only she could! And although success came early for her, Shanté never forgot her roots.

Even at the peak of her career, Shanté didn’t really care for where her songs were on the hip-hop charts. All she cared about was her pride.

“I wanted to be able to rhyme about anything, at any time,” Shanté said. “To be the perfect hip-hop soldier.”

But as the niche rap scene of the ‘80s and ‘90s gave way to more mainstream hip-hop music, Shanté’s name slowly faded away from people’s memories.

The rapper was also in an abusive relationship and had a young son to take care of. And this part of Shanté’s life is explored in Netflix’ film, Roxanne Roxanne.

Where Is Roxanne Shanté Now?

Thanks to Netflix, the world will know more about the female rap prodigy. Even today, Roxanne Shanté’s story is an inspiration to many young artists trying to make it big in music’s cut-throat industry.

With over 90k followers, Shanté is a popular celebrity on Instagram. She also performs sometimes but is keen on promoting music from young female artists.

“If Roxanne Shanté did an album it would be a ‘Roxanne Shanté Presents’ because I believe in giving that platform to a lot of sisters whose voices aren’t being heard, who don’t want to compromise their morals, who are afraid to come into the industry because of what they feel is going to happen as far as it being a male-dominated industry, or they need to do this or do that,” Roxanne Shanté told Essence at the New York premiere of Roxanne Roxanne.

Roxanne Roxanne is now streaming on Netflix. This is one film you do not want to miss!

Check out the trailer here: