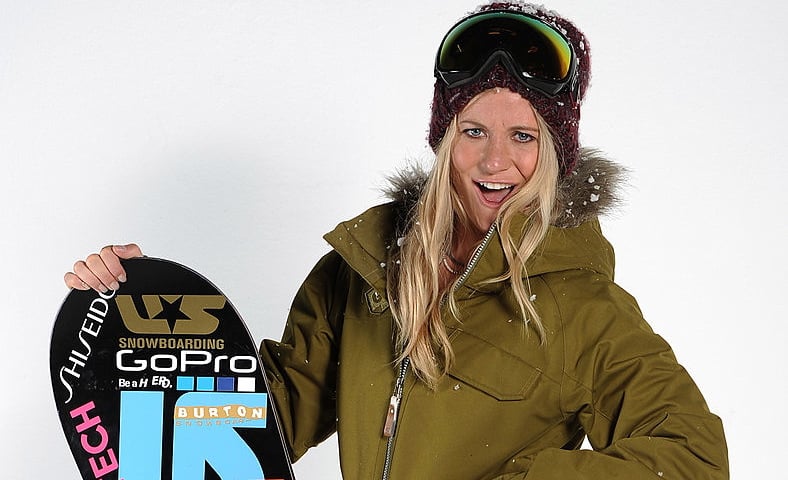 Photo by : Harry How/ Staff / Getty

Who is Johnny Bananas’ girlfriend? Some of you may not even know who Real World alum Johnny “Bananas” Devenanzio is, but he’s back in the spotlight and making headlines for appearing in The Challenge for the umpteenth time! Many were fans of Johnny and his longtime girlfriend, Hannah, but are they still together today? For those of you not familiar with Johnny Bananas and Hannah Teter, then you will want to look at our Hannah Teter wiki and learn more about Johnny Bananas’ girlfriend (or “ex-girlfriend,” as it looks now). We’ve got it all, right here!

Who is Hannah Teter ?

Hannah Teter’s age may only be 30, but she’s accomplished a lot as a professional snowboarder. There’s not much known about Hannah Teter’s family, but any snowboarding junkie can list her career highlights off the top of their head. She’s won Olympic medals in halfpipe, a gold medal in 2006 and a silver medal in 2010, she has modeled for Sports Illustrated‘s swimsuit issue, and she also had an ice cream named after her called “Maple Blondie,” by Ben & Jerry’s. She has an intensive workout routine that involves circuit training, and she gave fans a glimpse of it on social media.

“I’ve been circuit training since I was 13 years old,” she said to Sports Illustrated. “It’s is so good for athletes. It’s really fast paced for the body and mind and you have to give it all you have at each station so training doesn’t’ become monotonous.”

Teter goes to the gym twice a week and uses six stations, and does each one three or four times, depending on her energy level.

“I’ll use a bosu ball when I go down to do the pushup to create a more difficult pushup, then as I come up, I raise the bosu ball overhead to get extension, then go back down. I usually do around 10 of those before moving to the next station.” You go, girl!

While some visit her page for hot pics, some of her fans go to see all of her amazing snowboard tricks and stunts on the slopes. Whether she’s doing yoga in the snow (barefoot!) or hanging out with friends, fans can head to her social media pages to get a look into Teter’s life, and what she’s doing next.

While many were hoping Teter would live happily ever after with Johnny Bananas, that sadly wasn’t the case. It appears the two are no longer together, and have broken up sometime in 2016. While both were equally athletic (among many of their common interests), they have seemingly ended things, and there’s no sign of their relationship on either of their Instagram pages.

Johnny Bananas, a well known player on The Challenge and former seasons of MTV’s The Real World, recently commented on why he and others can’t stay away from the hit long-running franchise.

“I love the competition. I love having something to train for and be ready for, but also…look at the opportunities we get,” he said to E! News.

The Challenge: Champs vs. Pros airs on Tuesday nights at 9:00 p.m. EST on MTV, and like so many seasons before, we will get to see Johnny Bananas compete yet again! What is this, his 13th season? Good luck, Johnny Boy!