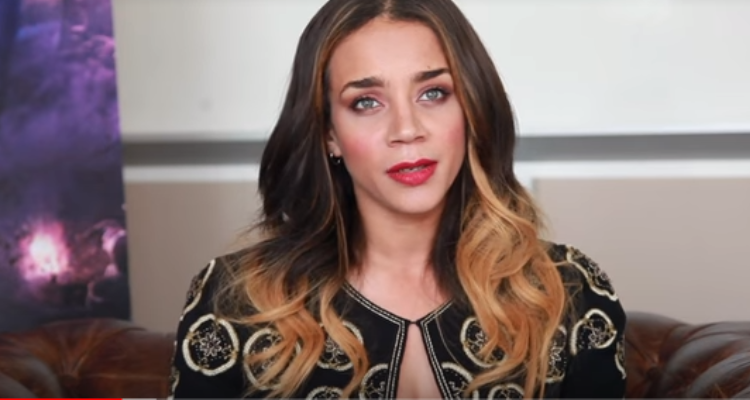 Hannah John-Kamen’s age is 28 and she was born on September 6, 1989 in London, England, to a Nigerian forensic psychologist and a Norwegian former model. She is the youngest of her siblings and studied at London’s Central School of Speech and Drama. Since she graduated she has starred mostly in sci-fi/fantasy shows like Game of Thrones, Killjoys, Star Wars: The Force Awakens, and Black Mirror.

“Star Wars was my first-ever spaceship, and then I went on to Killjoys and I had my very own,” she told Interview magazine. “I love fantasy, I love imagination—that’s the inner child in me,” she says. “And the characters that I’ve played, especially in Killjoys and Ready Player One, are very tough, strong females, and I absolutely love that. I think it’s something that should be done more.”

As far as we know, there isn’t a special guy to be given the title of Hannah-John Kamen’s boyfriend. Hannah-John Kamen’s Instagram also doesn’t exist but there are plenty of pics of her online. She’s also set to appear in Tomb Raider, starring Oscar winner Alicia Vikander.

Kamen always knew she wanted to act and would even put on shows for her parents—and charge them! Her parents always backed her and her siblings, no matter what they wanted to do with their lives.

“My parents are so supportive of whatever we want to do and completely nurtured that, and they’re so proud of that as well,” said Kamen. “My sister’s a doctor and I have an older brother as well. He went into the music industry; he’s very musically talented.”

She added, “My dad left his psychology hat at the door and put his dad hat on when he came into the house. It’s amazing having my dad have that awesome job. My mother was a model back in the day. I’ve seen the pictures. My mother’s beautiful. It was more before I was born, because there’s a big age gap between my brother and I, my brother being the eldest, my sister being in the middle, and me being the youngest. It was more my brother’s childhood before I came along that that was what she was doing, but looking back at old pictures, it was very, very glamorous.”

Her Ant-Man and the Wasp Role

While Marvel is known to be as secretive as the CIA, online reports say that Kamen is playing Ghost, the primary villain in the Ant-Man sequel! In the comic’s, Ghost’s suit has the ability to phase through walls, much like X-Men’s Kitty Pryde aka Shadowcat. Ghost was a man in the comics but Marvel has decided to change things up. Other than shots from the trailer, it’s unknown what Ghost’s motives are.

The Marvel Cinematic Universe is getting bigger all the time, with Ant-Man and the Wasp adding several new heroes and villains to the mix. One of those new additions is Ghost (played by Hannah John-Kamen), a sinister villain who lives to make life miserable for business tycoons. Ghost first debuted in 1987's Iron Man issue number 219. Mostly a mystery, Ghost revealed they once worked as an engineer at a corporation called Omnisapient. Ghost is more motivated by a love of anarchy and a desire to punish oppressive corporations by using a combination of elite hacking skills and phasing abilities to dismantle them from the inside out. Ant-Man and the Wasp will at least be making one big change to the character by switching Ghost from male to female. Though given that Ghost's background is murky and he rarely ever leaves the cozy confines of his/her suit, this may not make much practical difference. This sequel is set after the events of Captain America: Civil War, Scott Lang tries to balance his home life as a father with his responsibilities as Ant-Man, when Hope van Dyne and Hank Pym present him with a new mission to bring to light secrets from their past, requiring him to team up with van Dyne as the new Wasp. Heroes come in all shapes and sizes. Release date: July 6, 2018 #MarvelStudious #Marvel #MarvelCinematicUniverse #MCU #MarvelComics #JackKirby #StanLee #PhaseFour #AntmanandtheWasp #PaulRudd #ScottLang #EvangelineLilly #HopeVanDyne #MichaelPeña #WaltonGoggins #BobbyCannavale #JudyGreer #TipHarris #TI #DavidDastmalchian #HannahJohnKamen #AbbyRyderFortson #RandallPark #MichellePfeiffer #LaurenceFishburne #Goliath #MichaelDouglas #HankPym #PeytonReed #MeatierMedia