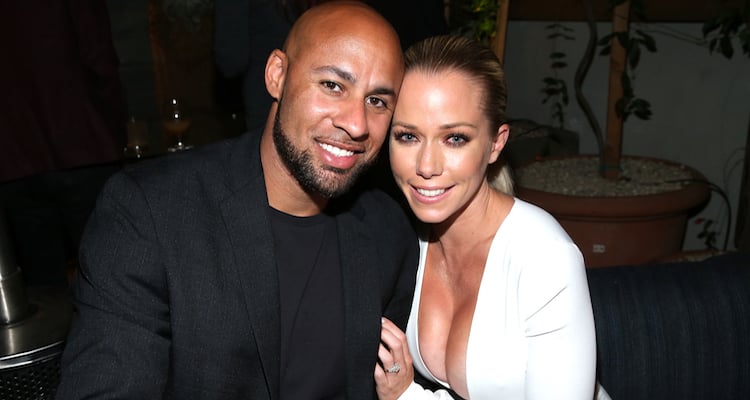 It’s been three years since the news broke of Kendra Wilkinson’s husband’s unusual sexual encounter with another person, and it is resurfacing as Wilkinson publicly spoke about how Hugh Hefner’s death affected her. What happened with Kendra Wilkinson and Hank Baskett since then? What did Wilkinson have to say about Hefner? Here’s the scoop in our Hank Baskett wiki.

Television personality and Playboy model Kendra Wilkinson had some heartfelt words to say about publishing mogul Hugh Hefner. According to reports, she dated him from 2004 until 2008, and was saddened by his death on Wednesday. She is 32 years old, and Hefner was 91 when he died. In a statement, Wilkinson said, “Hef changed my life. I couldn’t be more thankful for our friendship and our time together. I will miss him so much but he will be in my heart forever.” The news has dug up the story of her current husband’s affair while she was pregnant.

In 2014, reports surfaced that Hank Baskett, age 35, got himself into a scandalous situation with a transgender woman while his wife was eight months pregnant. The shocking headline caused a national media uproar and a year later, the couple came clean about what happened that day. Baskett confessed, “I put myself in a bad situation. And everything through me brought pain upon this family.” He described the incident saying that he froze when he was in a situation where a transgender woman began to touch him. Although he said he did not engage in anything, he froze and for a while, did not try to get out of the situation. “I was the alpha male. I could do anything to protect my family but I couldn’t protect myself.” When Wilkinson found out through the media, she flushed her wedding rings down the toilet and threatened to divorce Baskett. But when he open up to her and explained what really happened, Wilkinson realized that the way the media responded to the incident was what really scarred her. So, she stood by her husband regardless of further allegations and evidence arose about the incident. The couple decided to move on, and are happy that they were able to teach their kids what it’s like to make a mistake and how to deal with it.

Despite the commitment to their relationship, the couple continued to have public conflicts. In an incident last August, observers were stunned when they heard the couple brawling inside their vehicle at a California Country Golf Club. It seemed that they were arguing and creating a disturbance to other patrons. One eyewitness said, “Kendra barely looks at Hank–there’s no touching, no affection when they don’t see a camera watching. The dynamic appears to be Hank trying to please and appease Kendra, and her remaining cold and indifferent.” Kendra and Hank Baskett’s kids are Henry Randall “Hank” Baskett IV, and Alijah Mary Baskett.

The most recent news available on Hank Baskett’s net worth, reveals that it stands around $6.5 million. That is not too much above his wife’s net worth of about $6.0 million. According to a source, the couple spends their money as fast as they get it. Their income comes from their own personal careers: Baskett’s NFL career which ended in 2011, and Wilkinson’s from her Playboy career. Their income now comes from their show, Kendra on Top.