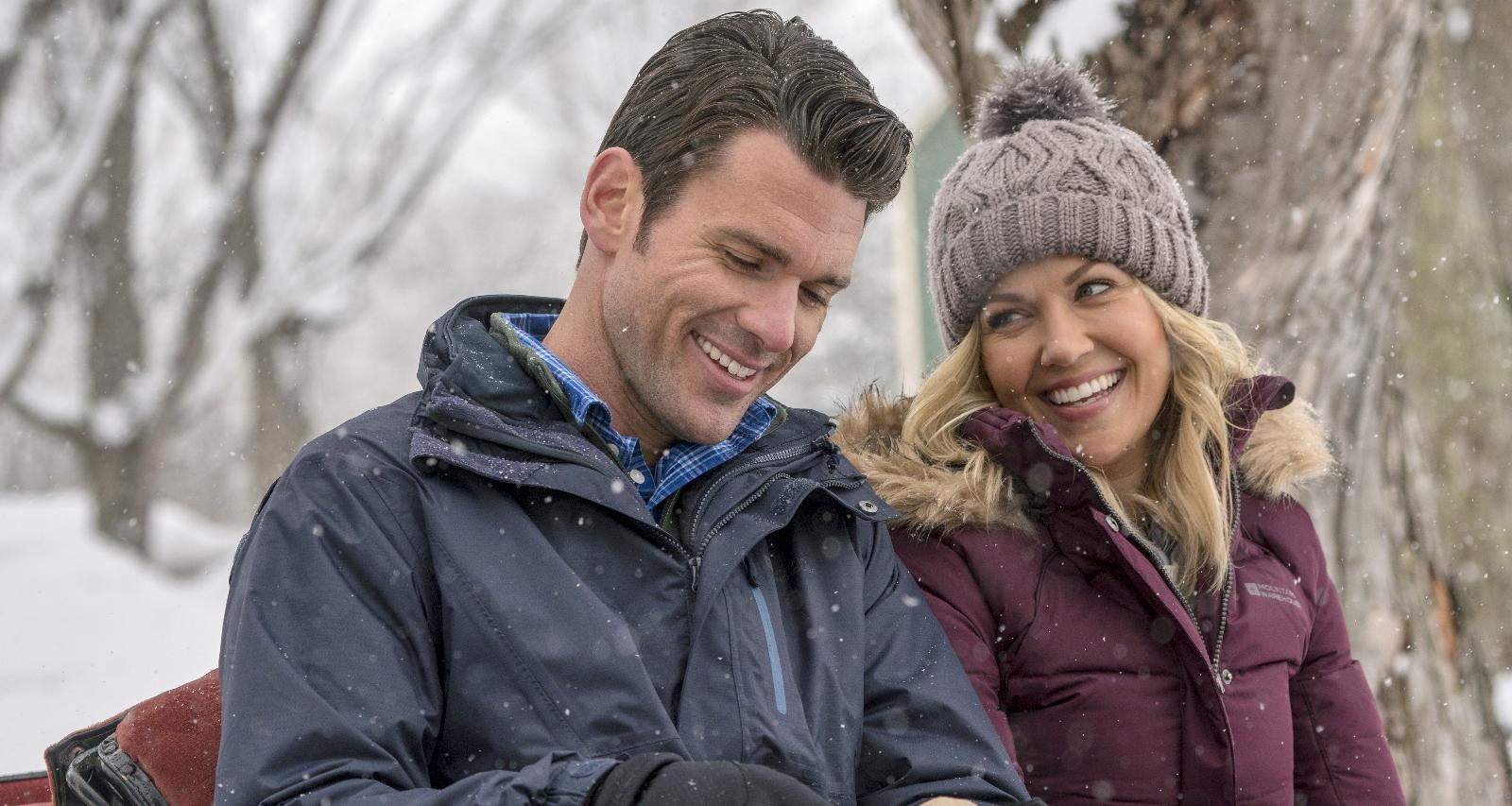 Hallmark Channel is bringing comfy, feel-good TV viewing to the start of 2019 with their Winterfest movie marathon. Kicking off the New Year’s first dose of romantic flicks is Winter Castle, premiering on Saturday, January 5, at 8:00 p.m. EST. Get ready to snuggle up in your blanket with a bowl of buttery popcorn and a mug of hot chocolate. We’ve got the cast and plot of Hallmark Channel’s Winter Castle to take you to Winterfest’s icy wonderland.

The title couldn’t be more perfect! The first feature in Hallmark’s Winterfest movie marathon takes place inside an ice castle—a dream setting for those of us who can’t get over Frozen.

Our leading lady is no Elsa. She’s quite the opposite, in fact. Jenny hails from California and dreams of seeing lands beyond the Golden State. But working as an editor while looking for a big break as a writer takes up most of her time.

Jenny’s sister, Meg, is about to get married, and Jenny is super-excited (maybe even more so than the bride herself) when Meg plans a destination wedding. The gorgeous venue Meg chooses is, you guessed it, at an ice hotel.

While Jenny is enchanted with the ice castle, Meg is excited about setting her sister up with her fiancé’s very handsome best man, Craig. Meg believes Craig, a single father and apparently unattached, is the perfect man for Jenny. And she is not off the mark!

Craig and Jenny feel an undeniable attraction to each other. But the dampener to this winter romance comes in the form of Lana, Craig’s “plus one” who no one expected to arrive.

Jenny pretty much gives up on anything with Craig. But Lana’s aversion to frigid temperatures means she’s not up for anything in the ice castle. So, Jenny and Craig have to do everything together as the designated maid of honor and best man.

They enjoy the activities the snowy locale has to offer in each other’s company, together with Craig’s daughter. As they spend more time side-by-side in the buildup to the wedding, the magic in the ice castle’s air brings them closer.

This is a Hallmark movie, so we’re betting on Jenny and Craig getting together and perhaps even having their own ice castle wedding later. We’ll just have to see if Lana will be a problem and if matchmaker Meg will succeed in playing cupid.

Danish beauty Emilie Ullerup is the daughter of a lawyer, ambassador, and Lord Chamberlain to the Danish Royal Family, and grew up all over the world. After graduating high school, she packed her bags for Vancouver, Canada, where she attended the Vancouver Film School.

She made her debut in a three-episode role on Battlestar Galactica. She’s most famous for her role as Ashley Magnus on the Canadian sci-fi series, Sanctuary, and as Bree O’Brien on the Hallmark drama show, Chesapeake Shores.

Ullerup is no stranger to the Hallmark brand of movies. After appearing in the series Signed, Sealed, Delivered, she reprised her role in the franchise’s TV movies thrice. She previously starred in Hallmark’s Christmas movies like Hearts of Christmas, With Love, Christmas, and Christmas Bells are Ringing.

In her newest Hallmark venture, she stars as Jenny, an editor who dreams of traveling and writing. While she’s reveling in the scenery of an ice castle where her sister will marry, she finds herself getting drawn to the charming best man.

Kevin McGarry has had minor roles in Saw 3D and the Taken TV series as well as some short films. He’s also written and directed shorts and acted in theater.

His resume boasts a laundry list of TV movies, including the 2017 Hallmark movies Love at First Bark and A Song for Christmas. After featuring in the 2015 TV movie, Signed, Sealed, Delivered: From Paris with Love, McGarry joins Ullerup for Winter Castle.

He plays the charming single father, Craig, who feels an instant attraction to the bride’s sister. But trouble comes in the form of his current flame, Lana. While Jenny tries to put some distance between them, circumstances bring them closer.