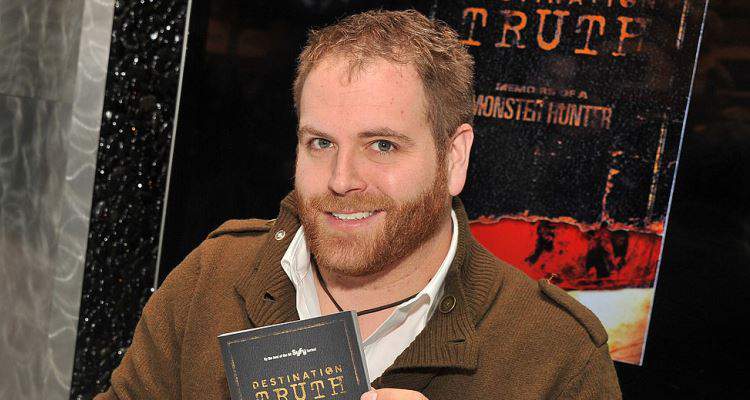 Host Josh Gates’ wife Hallie Gnatovich is his biggest supporter, in life and in his career. In fact, the two even co-star together on his hit show, Expedition Unknown. The couple has been married for almost four years now with many curious to know more about her, especially as a new season approaches.

Josh Gates is a talented host who is famous for hosting shows such as Destination Truth and Expedition Unknown. His hosting skills have not only earned him fame and recognition, but he also met the future Mrs. Gates on the set of one of the shows.

In fact, Hallie Gnatovich is a former star of Destination Truth herself! She is not just known to be Josh Gates’ wife but has carved a very successful career in her own right.

Hallie Gnatovich was born on January 26, 1981, which makes her age 37. She completed her graduation from Oberlin College in 2004. Additionally, she has a Masters degree in Marriage and Family Therapy from Alliant International University.

Gnatovich’s parents are Stana and Rock Gnatovich. Her mother, Stana Gnatovich, is a licensed Marriage and Family therapist in Boston. Stana is a graduate of Vanderbilt University and also attended the University of Massachusetts.

Gnatovich and Gates met each other on the sets of Syfy’s Destination Truth. After all the time they spent together, they ended up in love and the sweet couple got engaged.

When the pair got married, Gates took to Facebook and Twitter and announced the news to his fans. They got married on September 13, 2014, at the Hidden Pond luxury resort located in Kennebunkport, Maine.

Their beautiful wedding invitations were in the form of passports, which read, “Happily invite you to attend the wedding of Hallie & Josh, deep in the woods and under the stars, at Hidden Pond resort.”

Soon after their wedding, it was announced that the two were going to have a baby! And the news about Gates and Gnatovich’s child was revealed in an amazing way. Gnatovich broke the news about Gates becoming a father actually happened in the middle of filming an episode of Expedition Unknown!

Gnatovich, insanely excited over the news, got in touch with him via a satellite phone to tell him the good news, all while the camera crew was still filming! It was actually very beautiful that they could capture Gates’ priceless expression! The couple welcomed their son, Owen, on February 12, 2016. Now, he is two years old!

Gnatovich and Gates welcomed their second child, a girl in February 2018.

On Syfy’s Destination Truth, Gnatovich was a minor co-star on the show. She was a part of eight episodes from 2008 to the show’s finale. She is a former actress who appeared in a short comedy movie, Archer House which released in 2007.

Additionally, Gnatovich was a researcher on the show The Monster Hunter which premiered in 2007.

Hallie Gnatovich’s Career as a Therapist

Gnatovich started practicing as a therapist in 2010. She says therapy with her should feel balanced and collaborative. She follows the old school tradition of jotting down notes on a clipboard and organizing her billing in a small binder.

Additionally, Gnatovich still uses a paper calendar to mark down all the important events like birthdays, anniversaries, and appointments!

Gnatovich practices Kundalini yoga and follows a simple lifestyle. She has completed her training and has a certification in mindfulness, which adds to her career as a therapist.

Gnatovich has her own website, in which she has given her own take on therapy. “The point of therapy is to address and manage a problem. Treatment begins with exploring your background as well as your thoughts, preferences, and beliefs.”

The website further explains that the treatment starts with examining a person’s background, thoughts, and beliefs. They then tackle the problems with the help of goal-oriented, mindfulness work, and new daily routines.

For people who want to go forward with the process, Gnatovich has offered a free 30-minute in-person consultation. Her clientele includes working with 20 & 30-year-old individuals, mothers, actors, writers, and LGBTQ couples.

Gnatovich charges around $125 per hour session for individuals and $150 per hour for couples. Her home office is located at Beachwood Canyon, 90068.

Some of the associate therapists listed down on her website include Jess Perez, Sarah Iaccarino, and Meagan Blatter