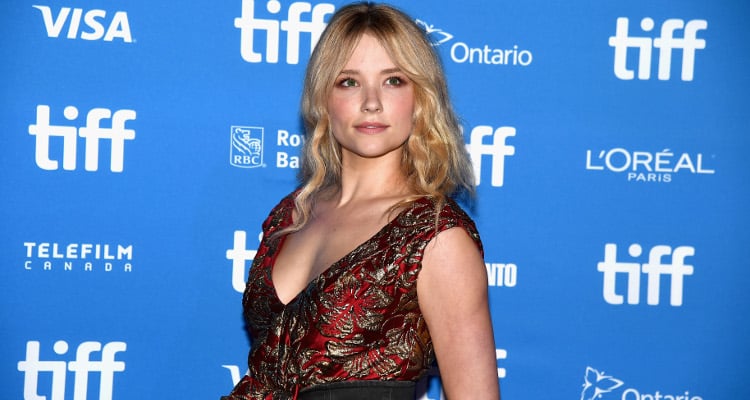 Haley Bennett is an American actress, singer, and dancer. Even though she has been in Hollywood for only nine years, she has already carved out a place for herself because of her talent and hard work. The best part is that Haley Bennett is still just 28 years old. She started out in Hollywood at the young age of 19. Just check out the Haley Bennett wiki page on the Internet. Not only has she appeared with big stars like Denzel Washington, she is also headlining some of her own films. People are curious to know about Haley Bennett’s net worth. It is a modest $2.0 million, but Bennett has just started out, so this figure is sure to increase.

Bennett was born in Fort Myers, Florida in the United States. Her mother, Leilani (Dorsey) Bennett, and her father, Ronald Keeling, raised her in the small town of Stow, Ohio, where they themselves are both from. Bennett grew up in rural Ohio around farm animals such as pigs, ferrets, and barn cats. She even learned how to use a shotgun, but quit hunting with her father after she saw the movie, Bambi. Since there was a difference of almost eight years between her and her siblings, Bennett spent a lot of time alone. She used to listen to singer, Jewel and read English Gothic novels. She grew up very grounded with a love for her family.

After completing high school in 2006, Bennett moved to Los Angeles to pursue a career in Hollywood. Bennett got her first big break when she played the role of a singer in the romantic comedy, Music and Lyrics. Bennett sings as well, so she got the opportunity to contribute to the film’s soundtrack. She sang several songs including, “Buddha’s Delight,” “Way Back Into Love,” “Slam,” and “Invincible.” In 2007, she got signed to a music label and started doing live shows as a singer. But it was her movie career that went on an upswing. She signed a three-film deal with Warner Brothers and appeared in two films—College and The Haunting of Molly Hartley. She did a cameo in Marley & Me and acted in a short film titled Passage.

Thanks to her talent and total commitment to her craft, there is a quite a bit of buzz surrounding Bennett in Hollywood. Directors heard about her and expressed an interest in casting her. In fact, when director Warren Beatty met Bennett to discuss her role in his upcoming Howard Hughes biopic, Rules Don’t Apply, he told her “People are talking about you.” Director Antoine Fuqua was so impressed by her, that he wrote the role of a Russian prostitute for her in his action thriller, The Equalizer. Other films that Bennett has acted in include, The Hole, Kaboom, Kristy, Arcadia Lost, and Lost in the White City.

The future looks very promising for Bennett. She starred in the 2016 remake of The Magnificent Seven, along with a star-studded cast. She has some interesting films lined up for release, including the thriller, The Girl on the Train, Rules Don’t Apply, and Thank You for Your Service. She is also appearing in the keenly awaited Terence Malick’s musical drama film, Weightless.

The Next Big Thing

Directors are raving about her. Director Fuqua calls her “a light.” He says, “She’s a beautiful person; she’s fully committed. She’ll give you her heart.” Other directors say it’s her changeability that is one of the reasons for her appeal. She can transform into any character and she looks good in any fashion. Some have even called her “the next big thing,” a title not easily given in Hollywood. With such goodwill in the industry, Bennett is one star to watch out for. She has the potential to be one of the brightest!