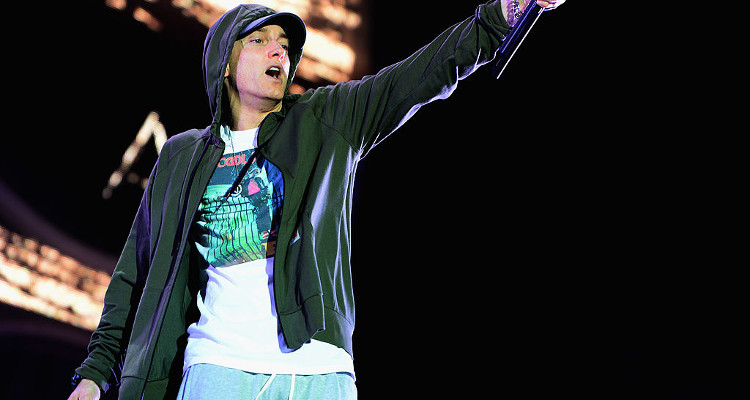 The world knew of Hailie Jade Scott when her famous dad, Eminem rapped about her in his 2002 single, “Hailie’s Song.” She kept a low profile while being in the corner of the public’s eye. But she’s now grown up and is famous on her own terms.

Hailie Jade Scott is no longer that cute seven-year-old muse of Marshall Mathers a.k.a. Eminem. She’s grown up beautifully, but that might be a cause for concern for her dad. The thing is, she’s grown into a gorgeous, young woman and is now an Instagram star. So, naturally the world is taking notice and boys are dying to be Hailie Jade Scott’s boyfriend. But is she even on the market? If not, who is Hailie Jade dating? Here’s a look at the relationship history of Eminem’s daughter.

Marshall Mathers is a Protective Dad

Eminem may occasionally have misogynistic themes in his lyrics, but he is a great father. He is a father to three beautiful girls —Alaina (23), Hailie (21), Whitney (14). The world knew about Hailie as Eminem’s muse and she was featured in some of his songs, but she led a relatively private life. It was only when her parents’ turbulent relationship made headlines that she was in the public eye. Mathers, on his part, tried not to talk much about his daughter in interviews.

He was once asked about his daughter’s dating life in a radio interview, and it was a question he dreaded to answer. In his defense, Hailie was only a 14-year-old girl back then. But it’s obvious he’s just like any dad who is fiercely protective of his little girls.

A satirical publication imagined Hailie dating a boy who grew up on Slim Shady’s music. Imagine the cold sweat on Eminem’s neck hearing that the boy dating his daughter loves his music!

The farcical piece painted a hilarious picture of Eminem questioning what kind of parents would let their boy listen to his music. We wonder how Mathers would really react to Hailie dating a boy who grew up on his songs.

Hailie Jade graduated from Chippewa Valley High School in Michigan where she was active in arts, volleyball, student council, and the National Honor Society. The 21-year-old is now a student at Michigan State University and plans to take up psychology or entrepreneurship.

When a Hailie Jade Twitter account tweeted some choice words to Taylor Swift, Hailie and her dad revealed that the account was fake and Eminem’s daughter wasn’t even on Twitter in the first place. The former Homecoming Queen does have an Instagram account, though. When fans discovered it, she became a social media star.

She debuted on Instagram around six months ago, and when word got out a few days ago, she earned 200k followers! At the time of writing, her follower count shot up to 400k! That’s way too fast, for someone who only has 22 posts! She’s definitely on her way to becoming a social media phenomenon.

Her father isn’t yet featured on her Instagram, but she has posted her adorable puppy and a handful of inspirational quotes. She also has quite a few modelesque selfies. Hailie Jade Scott could be following in Sofia Richie and Hailey Baldwin’s footsteps and getting a modeling contract soon!

A couple of posts feature her arm-in-arm with a handsome man —one on her 21st birthday and another on St. Patrick’s Day. As Eminem feared, his daughter got herself a boyfriend in college, but he looks to be a fine, young man who makes her happy. We don’t know his name or whether he is a fan of Eminem’s music, but now that Hailie Jade has some social media popularity, it might not be long before we learn more about this mystery guy!