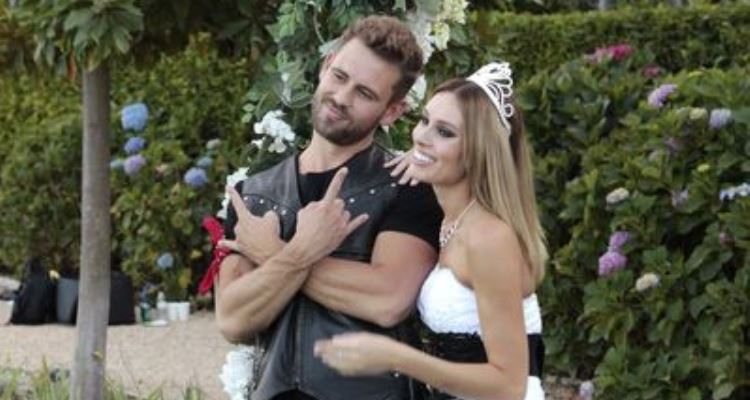 What does Hailey Merkt do for a living? There’s been a lot of fascination with The Bachelor cast and what their lives were like before Nick Viall, and now everyone wants to know about what they did before the show. What is Hailey from The Bachelor‘s job? Find out right here.

Fans of the hit ABC show have already been looking for Hailey Merkt’s net worth and Hailey Merkt’s salary. Some have gone as far as trying to find Hailey from The Bachelor‘s LinkedIn in order to get more information about her. Well, luckily for you, we have everything you need to know about Hailey’s job, and her employment history.

What’s on Her LinkedIn Profile?

The 23-year-old Vancouver native listed photographer in ABC profile, but that may just be a hobby or a freelance position. It may also just sound better than saying that she’s unemployed—does anyone really sound attractive when they say they’re in between jobs? Either way, Hailey’s LinkedIn account has an in-depth look into her employment history and we’re willing to share!

Also Read: Hailey on “The Bachelor:” Facts to Know about the Season 21 Contestant

This beautiful bachelorette isn’t the only one with an account on the professional networking site. Most of the other bachelorettes have profiles as well, which is no surprise to anyone since they’re real people too—though people forget!

Before she could put “Contestant on The Bachelor” on her resume, Hailey had a series of other jobs in the field of media. Currently her account says she is seeking a full-time office manager or receptionist position, which means she’s not the type to make “wife” her full-time job. Sorry Nick, but the women throwing themselves at you don’t want to wait around all day, while you bring home the bacon—it’s 2017!

Where Did She Go to School?

Hailey studied Communications and Media at Carlton University, before completing her education in Print Journalism at Conestoga College.