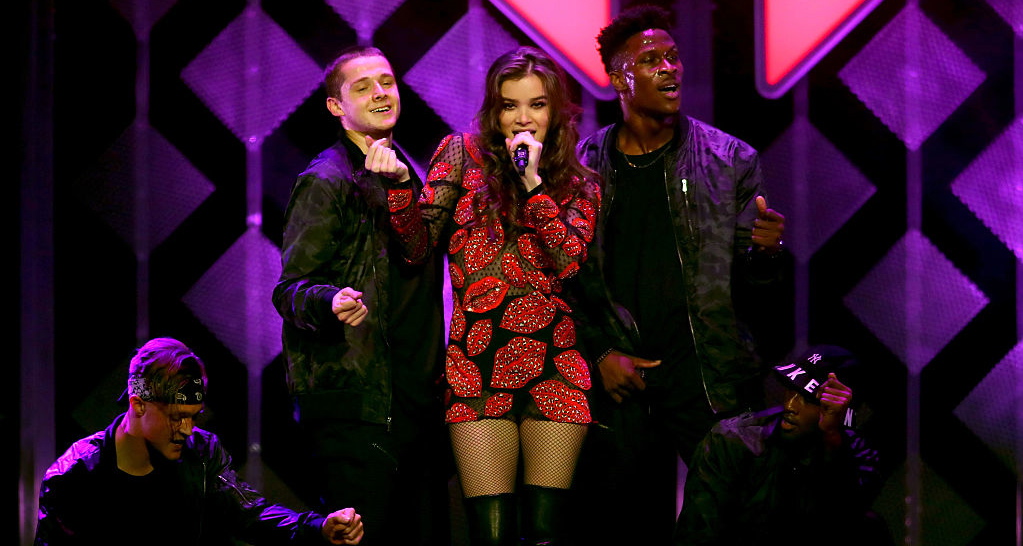 With the national broadcast of the Billboard Women in Music 2016, everyone wants to know more about the event and its host, Hailee Steinfeld.

Singer and Academy Award-nominated actress, Hailee Steinfeld hosted and performed at the annual Billboard Women in Music 2016 event in New York and so far, criticism has been positive for the young star.

The event honored artists such as Shania Twain, Madonna, Kesha, Meghan Trainor, Halsey, and many more. But there was no one more honored to be there than Steinfeld, who was proud to share the stage with Woman of the Year Icon, Madonna and Icon honoree, Shania Twain.

“I’m really honored that Billboard asked me to host and perform at this year’s Women in Music,” Steinfeld said in a statement. “The event empowers women in the music industry and spotlights their achievements in a wonderful way. It’s going to be a great show!”

And a great show it was—with emotional speeches, and great performances throughout the night. 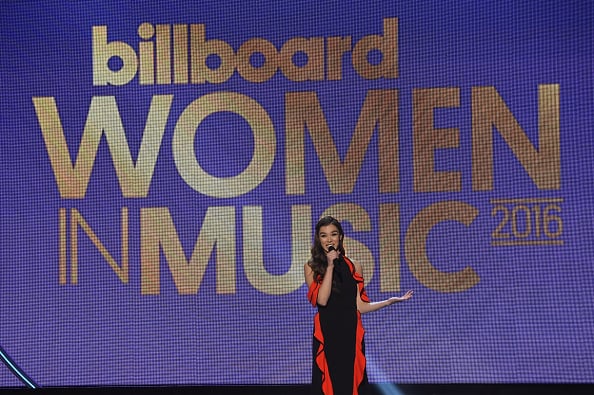 Earlier during the ceremony, Steinfeld called her hosting duties a “tremendous” honor and was a presenter last year. She is also a huge fan of Madonna and called her hit “Express Yourself” a “call-to-action for creativity.”

Madonna won the Woman of the Year award that night and brought the crowd to tears with her emotional and truthful speech about her struggles in the business, AIDS, personal demons and more.

“People were dying of AIDS everywhere. It wasn’t safe to be gay, it wasn’t cool to be associated with the gay community,” Madonna recalled. “It was 1979 and New York was a very scary place. In the first year I was held at gunpoint, raped on a rooftop with a knife digging into my throat and I had my apartment broken into and robbed so many times I stopped locking the door. In the years that followed, I lost almost every friend I had to AIDS or drugs or gunshots.”

Madonna also took time out of her speech to thank her muse, the late David Bowie.

“I was of course inspired by Debbie Harry and Chrissie Hynde and Aretha Franklin, but my real muse was David Bowie,” said Madonna. “He embodied male and female spirit and that suited me just fine. He made me think there were no rules. But I was wrong. There are no rules–if you’re a boy. There are rules if you’re a girl.”

It’s no wonder why Steinfeld is such a huge fan of MDNA singer—who took a moment to thank her fans and supporters, while on stage.

But the queen of pop didn’t take all the spotlight—Steinfeld took the stage in her own right and performed her latest single, “Starving,” which more than fed the audience. It was No. 9 on Billboard’s Mainstream Top 40 chart (dated December 10) and reached the No. 13 spot on the Billboard Hot 100 chart.

Aside from being an amazing host, Steinfeld also stars with Woody Harrelson and Kyra Sedgwick in The Edge of Seventeen, which was released in theaters on November 18. Steinfeld is working her way up the Hollywood ladder and there’s no stopping her during her climb. She has proven herself to be a very capable singer, actress, and now host. She’s definitely showing the world that she’s the whole package.