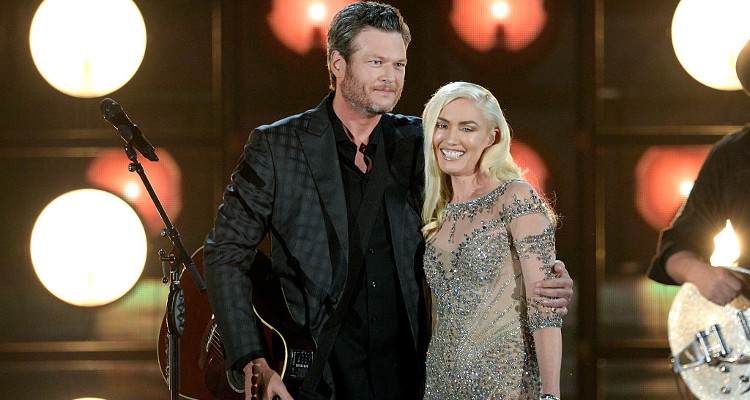 Gwen Stefani made it to where she is today thanks to her supportive parents and kids. She has three sons, Kingston Rossdale, Zuma Nesta Rock Rossdale, and Apollo Bowie Flynn Rossdale with her ex-husband, Gavin Rossdale.

Gwen Stefani was honored at the Glamour Women of the Year Awards on Monday night (November 14), where she thanked her new beau, Blake Shelton, for “kissing [her] back to life.” With that one statement, we almost forget that she thanked her parents and children! Stefani’s sons are no strangers to fame even though they are very, very young. So, let’s turn the spotlight on them and Gwen Stefani’s parents. Here are some facts to know about Gwen Stefani’s family.

Stefani has three sons with her ex-husband, Gavin Rossdale. The eldest, Kingston Rossdale, is 10 years old. Stefani was pregnant with Kingston while she was in the middle of a tour. She wrapped up her tour and announced her first pregnancy when her baby bump started to show. Though Stefani was overjoyed about having a child, she wasn’t a fan of the experience of being pregnant. She felt that the young girls at her concert were admiring her, while she felt like a “fat, huge whale.”

But after Kingston was born, Stefani was excited to have another child. Her wish came true and she gave birth to Zuma Nesta Rock Rossdale in 2008. Stefani said that her eldest son was jealous of the new guy hogging his mother’s attention! Though, he probably needed the attention when he broke his arm at two years old, after having an accident at their home.

Apollo Bowie Flynn Rossdale was born in 2014. At two years old, the youngest Rossdale boy is already showing his inherited rockstar talent. Stefani had posted a video on her Snapchat where little Apollo had taken over his mother’s rehearsal singing, “Old MacDonald had a Farm.” Adorable!

Stefani is one of the best-known fashion icons in the world with her signature red lipstick, unbeatable sense of style, and her own clothing line called L.A.M.B. It makes sense for her boys follow in their fashionable mother’s footsteps. Kingston has strutted on the runway in one of Stefani’s label’s fashion shows. He’s also photographed by paparazzi in stylish clothing and is constantly changing his hairstyles. In fact, he might be competition for another mini trendsetter, Suri Cruise-Holmes!

Stefani and Gavin Rossdale encourage their sons to express themselves without holding back. So, the boys and their parents certainly don’t have inhibitions about bold fashion routes. Kingston was sporting a pink tutu at a friend’s princess-themed birthday party. He and Zuma have also rocked colorful nails like the stars that they are.

In June this year, Stefani’s parents, Patti and Dennis Stefani, marked 50 years of marriage. They celebrated the milestone by riding roller coasters at Knot Berry’s Farm in California. The singer shared videos of her parents enjoying the outing on her Snapchat.

Dennis Stefani worked as a marketing executive at Yamaha, while Patti Stefani was an accountant. She quit her job to become a housewife. The couple are fond of folk music and introduced Gwen to the music of Bob Dylan and Emmylou Harris.

4) Gwen’s Sons Have a Half Sister

In 2004, Stefani and her husband were shocked to learn that Rossdale was the father of the teenage daughter of Pearl Lowe, named Daisy. However, Rossdale had met the English designer before his relationship with Stefani began. Lowe and her husband, Bronner had named Rossdale as Daisy’s godfather. But when Daisy was 14 years old, she discovered that Bronner was not her real father! Like Lowe, Stefani was also shocked to learn that Rossdale had a teenage daughter. But the Rossdale and Lowe families have since moved on and Rossdale maintains a good relationship with his daughter, who works as a model in London.