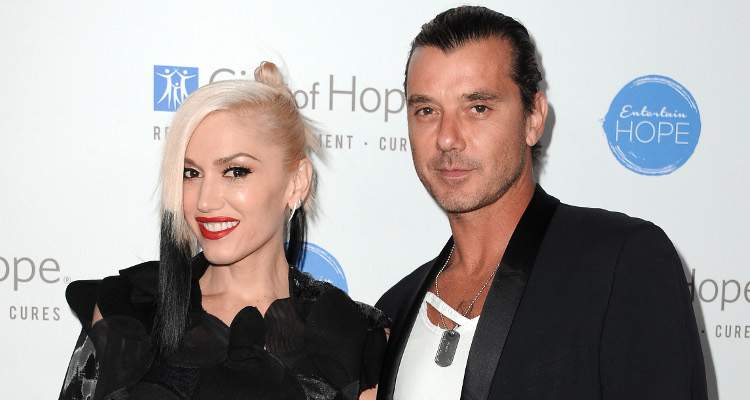 Gwen Stefani and Gavin Rossdale’s divorce was surely not a happy one, but the pair now seem to be committed to raising their three kids. They have both moved on with their love lives, and Gwen looks happier than ever! But why did they split in the first place?

Though the pair broke up in 2015 and their divorce was finalized last year, people are still wondering, why Gwen and Gavin divorced. Fans loved the songstress and still are left with unanswered questions. Why did Gwen and Gavin break up? Read on to learn the alleged details behind the couple’s split after 13 years.

The Marriage That Once Was

While the world drooled over the many Gwen Stefani and Gavin Rossdale photos, little did they know that the two were slowly inching their way towards a split. But right when Gwen was pregnant with Gavin’s third child, it seemed like all the love between the pair flew out the window. Reports began to surface that her husband hooked up with their children’s nanny, Mindy Mann. The affair reportedly lasted for about three years.

It was one of the most publicized marriages at the time, and the couple went on to share some precious moments with each other.  They looked blissfully happy! So, why did Gwen and Gavin split? People tend to refer to the seven year itch, which tends to act as a road block for many married couples. However, that was not the case with this pair. At the time, it seemed like the two had the world at their feet, with fame, wealth, and a growing family. The two are parents to Kingston, 11, Zuma, 9, and three-year-old, Apollo.

In their joint separation statement, it was clearly mentioned that “While the two of us have come to the mutual decision that we will no longer be partners in marriage, we remain partners in parenthood and are committed to jointly raising our three sons in a happy and healthy environment.”

Gwen Stefani and Gavin Rossdale’s divorce came soon after rumors of the Bush frontman being involved in an inappropriate relationship with the nanny arose. Another story alleged that Gwen wasn’t too happy that her husband was spending so much time out of the house with his band. However, reports stated that Gavin felt that she was being hypocritical, as he felt she was doing the same thing.

Since the couple, now divorced, did not sign a prenup, they had an “unequal split” of assets.

What Happened to Gwen and Gavin?

This is a million dollar question! As per speculation and a few confirmed reports, both seemed to have moved on in their respective lives and seem to be happy about their current partners. While Gwen is still dating country star and The Voice judge Blake Shelton, she has not really spoken about Rossdale. As for Gavin, he was rumored to be dating Elin Nordegren in 2016. Remember her? Rack your brains; yes, she is Tiger Woods’ ex wife! Reportedly, the pair were set up by mutual friends. The latest reports state that he actually has a new girlfriend named Sophie Thomalla, which raised eyebrows as she is reportedly younger than Daisy Lowe, his 28-year-old daughter from a previous relationship.