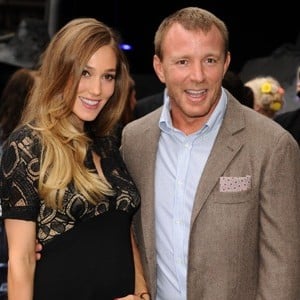 Guy Ritchie is a renowned screenwriter and filmmaker with popular titles such as Lock, Stock and Two Smoking Barrels (1998), Snatch (2000), RocknRolla (2008), and Sherlock Holmes (2009). But what Ritchie is probably more famous for is his high-profile marriage to Madonna, who is 10 years older than him.

The celebrity couple first met in the late 90s through a mutual friend. At the time, his first feature film had just been released and the soundtrack was issued by Maverick Records, which Madonna co-founded. About a year after Madonna and Ritchie started dating, she gave birth to their son, Rocco Ritchie, and they married four months later. They also adopted a little boy from Malawi.

Following their marriage, Ritchie started to focus much of his career on his new wife, directing the controversial music video for her song “What It Feels Like for a Girl” and casting her in his 2002 film Swept Away. The film was a complete flop according to both critics and commercial audiences.

In October 2008, media tabloids began reporting that the celebrity couple’s marriage was on the rocks, and that it was only a matter of time before they split. Not long after, representatives for both Ritchie and Madonna confirmed that they were, in fact, headed for a divorce after eight years of marriage because they couldn’t “bear to live with the pretense any longer.” Insiders speculated that the end of their marriage had a lot to do with opposing views on faith, fame, adoption, and Madonna’s close relationship with baseball player Alex Rodriguez. Although she denied that they ever had an affair, even their friendship was reportedly a problem for Ritchie. In the divorce papers, Madonna cited her soon-to-be ex-husband’s “unreasonable behavior” as one of the causes.

Since the celebrity couple didn’t have a prenup in place, dividing the assets proved to be a daunting task. They finally reached a divorce settlement in December 2008, with Madonna paying Ritchie between $76 million and $92 million.

While Madonna went on to date much younger men, Ritchie found himself smitten with model Jacqui Ainsley, who was 14 years younger than he was. In September 2011, Ainsley gave birth to their first child, a son named Rafael, and in July 2012, they revealed that they were expecting a second baby. Ritchie proposed to his new leading lady a few months later. In November 2012, Ritchie and his new fiancée welcomed a baby girl.

Although this new celebrity couple haven’t tied the knot just yet, they’ve been spotted around town with their two kids in tow and looking happier than ever. According to Ainsley, she believes her older man truly is her “soulmate,” adding, “I love every moment we spend together. I can’t see that ever changing.”