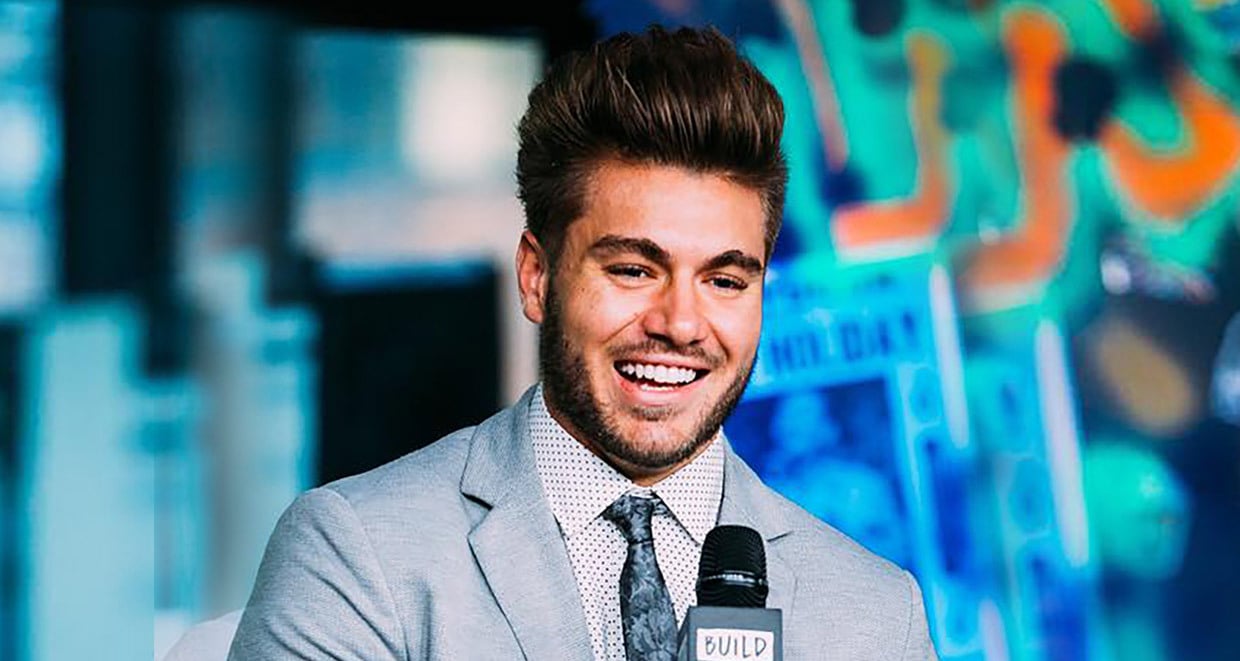 Gus Smyrnios was just 17 years old when he was asked to leave home. Others his age would have been devastated, but Smyrnios is made of tougher stuff. He worked as a model to earn money for college to get an associate degree in criminal justice. Today, he stars in the MTV reality show, Floribama Shore, and continues his work in modeling. According to estimates, he has a net worth of around $100,000 and looks all set to have a long career in the entertainment industry.

The success of the reality television show, Jersey Shore, led MTV to put out another reality show called Floribama Shore. It is an American reality television series (much like Jersey Shore) that chronicles eight young adults living together during the summer in the Gulf Coast at Panama City Beach. During this time, they are filmed as they spend their time working, partying, bonding, and living in a new environment.

The series is set in the Florida Panhandle along the beach that runs all the way to Alabama, United States. The show is currently into it’s second season, which premiered on July 9, 2018, on MTV. And one young man who has caught people’s attention is Gus Smyrnios, the hunk from Tallahassee, Florida.

Here are a few details from Gus Smyrnios’ bio.

Trying to Find His Own Identity

Born on March 20, 1995, in Tallahassee, Florida, Gus Smyrnios’ age is 23. Not many people know this, but Smyrnios is participating in Floribama Shore against his parents’ wishes. However, he is determined to find his own way in life in a quest to find his identity and become the man he wants to be.

Living under the Spotlight Isn’t Easy for Him

Smyrnios is originally from the town of Perry, Florida, and admittedly had a tough time originally adjusting to his housemates. In a recent interview, he said that it was really hard to live with the same set of people in the same house, day in and day out. He said that the most difficult thing was to open up to the other housemates, fully aware that millions of people in America were watching his every move.

It hasn’t been easy for Smyrnios to get to where he is today.

According to MTV, Smyrnios was asked to leave his house at the young age of 17 and has been fending for himself since then. Despite the problems he’s had trying to make a life for himself, Smyrnios has never forgotten the value of formal education.

Gus Smyrnios Worked Hard to Pay for His Upkeep

Smyrnios graduated from Tallahassee Community College with an associate degree in criminal justice. He also wants to enrol at Florida State University to further his education.

He is paying his way through college with the money he has been regularly earning working as a model. Smyrnios has even modeled for several book covers where he has shown his sexy shirtless, chiseled body. 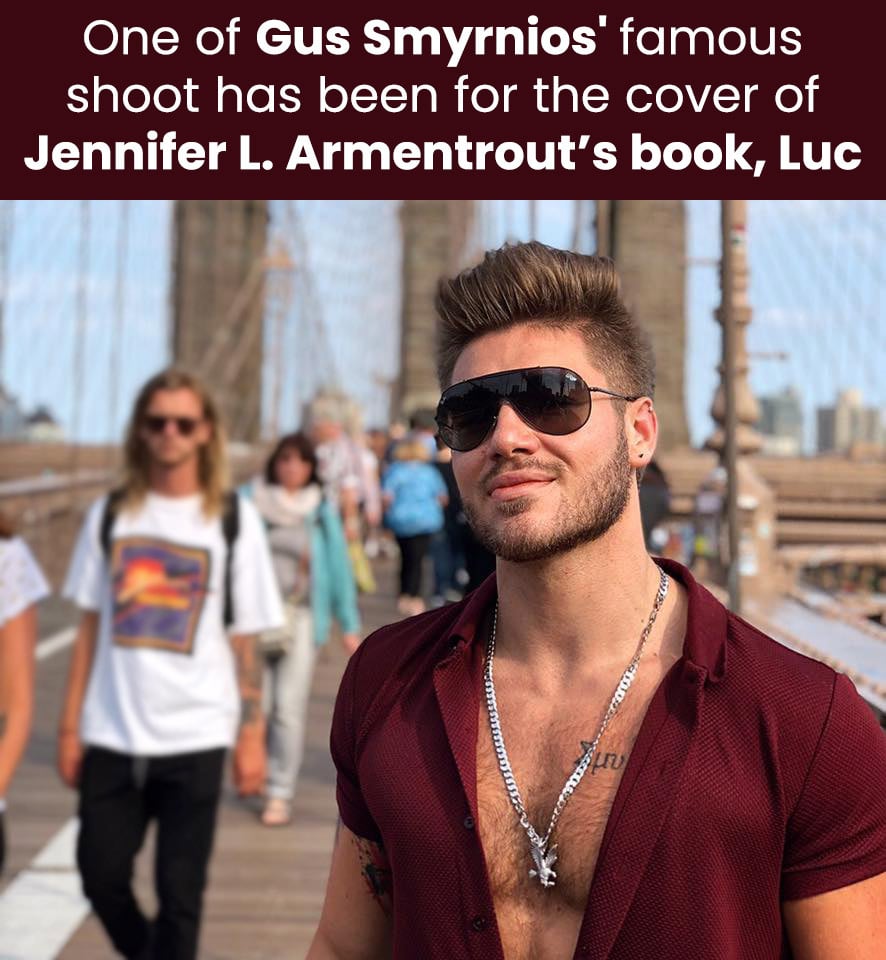 One of his more famous shoots has been for the cover of Jennifer L. Armentrout’s book, Luc. The book is likely to be released in the latter part of 2018 and Smyrnios is confident that it will bring him more work and fame. 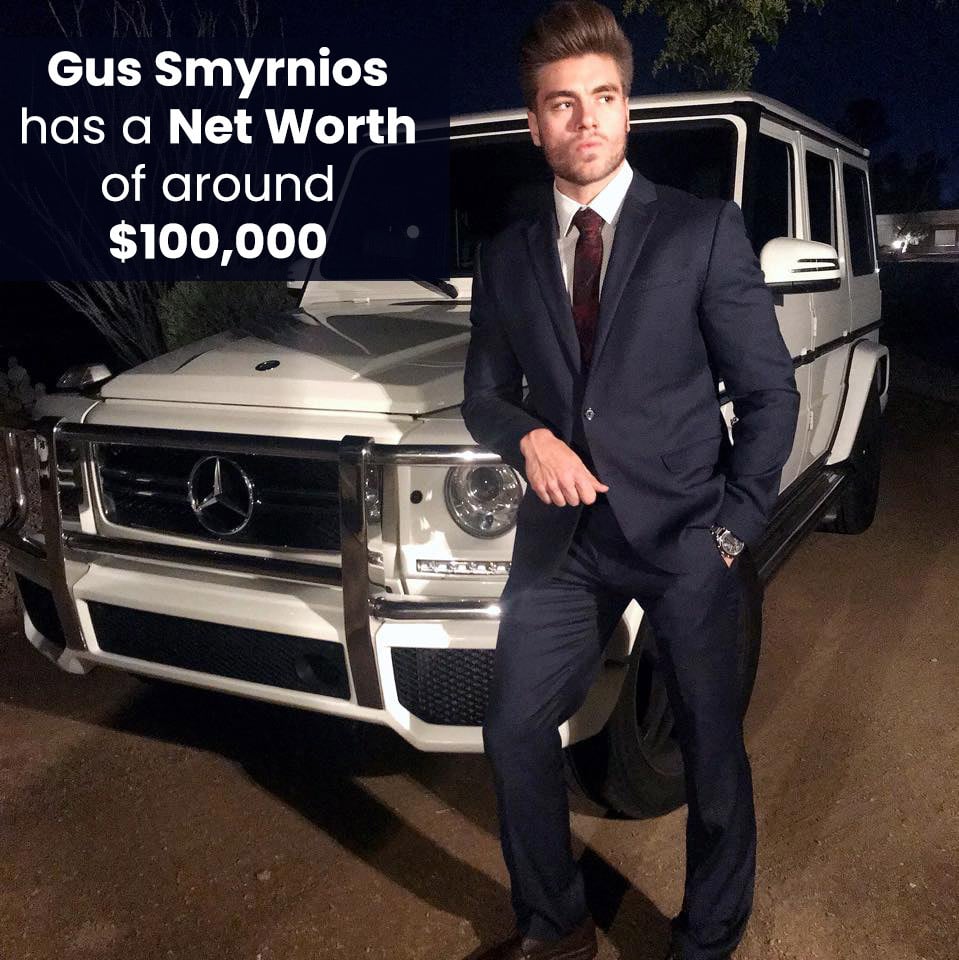 Thanks to his modeling work and appearing on Floribama Shore, Gus Smyrnios’ net worth is estimated to be around $100,000.

Now that he has proved that he can have a successful career in showbiz, some members of his family have relented and are now in contact with him. He is spending time with his mother, sister, and brother whenever he has some time to spare. However, Smyrnios is not very inclined to talk about his family.

In December 2017, he told Us Weekly, “I don’t want to talk about my family situation too much!” 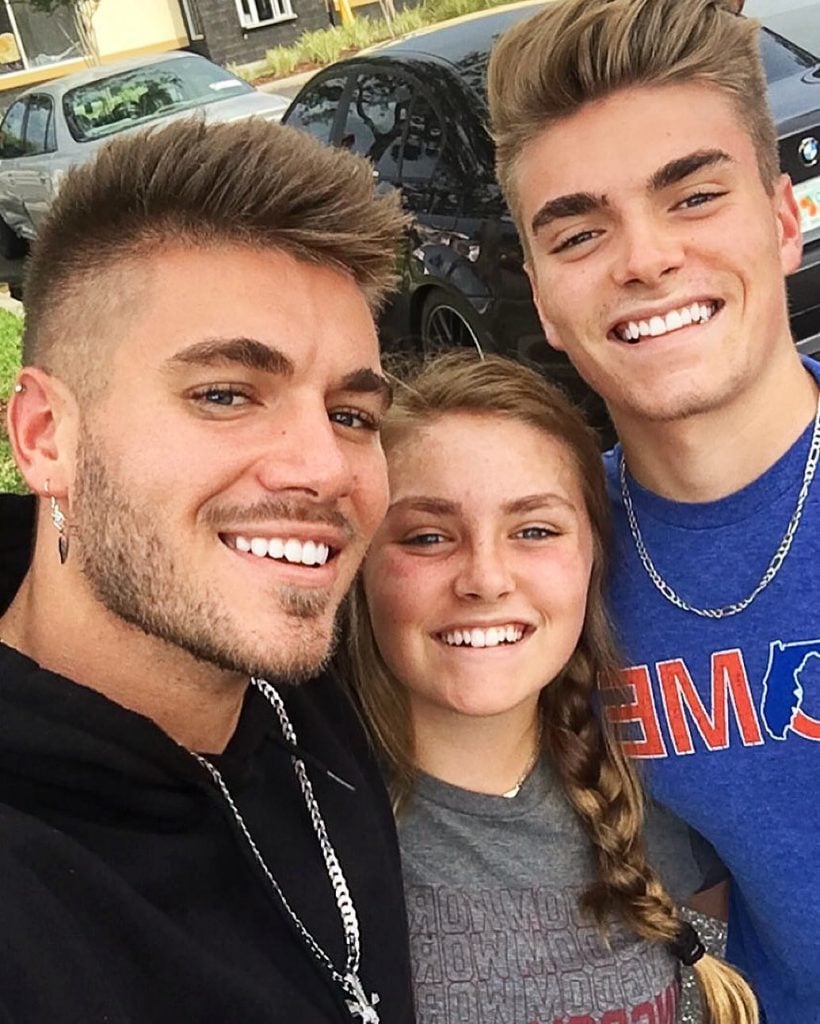 Even though he is just 23, Smyrnios has already gained a reputation of being a ladies’ man. But he hastens to decline any such intention.

Smyrnios said, “I have good intentions. I’m not trying to go around and sleep with everybody; I just want to interact with people! My mom seeing me with whatever girl, she’s a little shook!”

He is of Greek ethnicity and is currently single. However, looking at the way girls and women are responding to him, his single status might not last for long!

Gus Smyrnios’ height is 5′ 11″ and he makes quite an impression whenever he walks into a crowded room! It must be the hair!

He loves tattoos and currently has three of them on his fine body. One of them is written in Greek on the left side of his chest and spells “Smyrnios.”

Not much is known about Smyrnios’ personal life. He was dating a girl named Ellen in season 1 of the show, however, she returned to Nashville, Tennessee and the two split.

Gus Smyrnios’ Instagram account is also full of sexy, shirtless pics of him showing off his fantastic physique. You’ll also see stills from Floribama Shore, along with pics of his cast mates and of him working out at the gym.

There are also pictures of Smyrnios with his younger brother and sister, and they look delighted to be with him. It’s evident from the photos that the camera just loves Smyrnios and that he has a bright career ahead of him in showbiz.

It looks like Floribama Shore is just the first step of a long and successful career in the entertainment field for Gus Smyrnios!