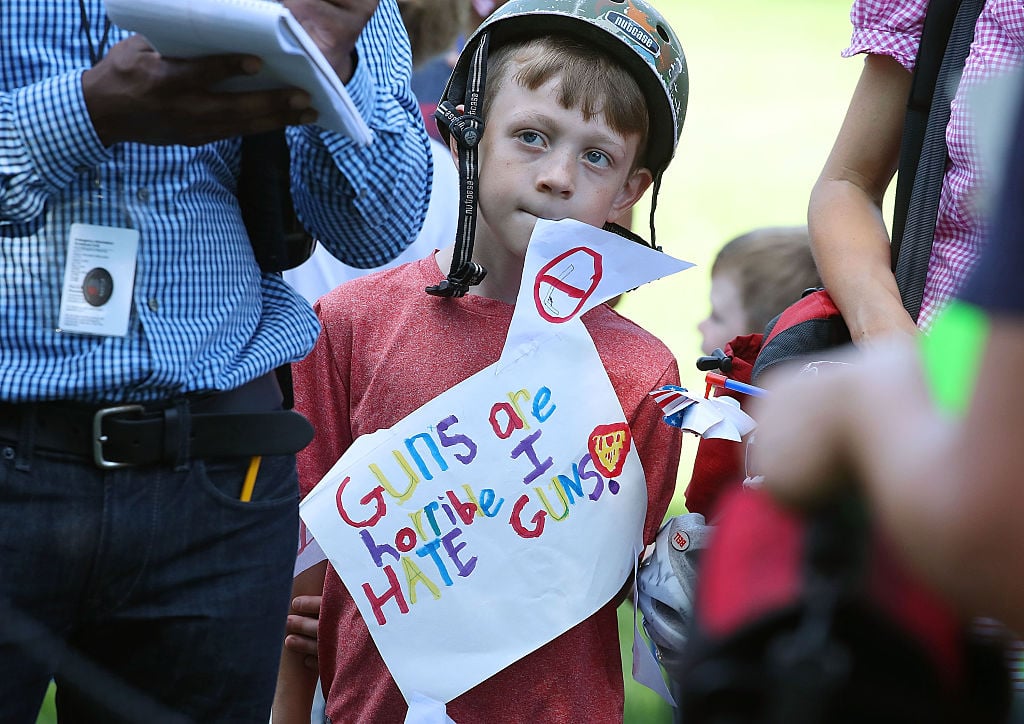 In the wake of the 58 people murdered in the Las Vegas shooting, celebrities have taken to social media to protest the recent gun control laws. The mass shooting at the Route 91 Harvest Festival is now the largest massacre in modern U.S. history, and many want the government to act. Keep reading to learn about what Hollywood has to say about gun control in Las Vegas and the rest of the country.

Since the news of the shooting has gone viral, many are wondering what the gun laws in Nevada are like, and if this could have been prevented. In the state of Nevada, gun owners don’t need a permit to own an automatic weapon, which includes buying a rifle, handgun, or shotgun, according to the National Rifle Association. The state’s laws also allow citizens to carry a gun in public and buy machine guns or silencers, some of which are banned in other states unless they are registered legally.

“I know this feeling of heartbreak and horror too well,” said former U.S. congresswoman Gabrielle Giffords, who was shot several times by a gunman in 2011. She is the co-founder of the gun violence prevention group, Americans for Responsible Solutions. “The massacre in Las Vegas is a grave tragedy for our nation. This must stop — we must stop this.”

Sen. Elizabeth Warren, a Democrat from Massachusetts, agreed with Giffords’ stance on the issue, saying “Tragedies like Las Vegas have happened too many times,” she posted in Twitter. “We need to have the conversation about how to stop gun violence. We need it NOW.”

Several actors and singers took to social media to talk about the lack of gun control in the country, most notably was Chicago PD actress, Sophia Bush.

“Dear Donald. F–k you for this. Truly. Sincerely, America,” she wrote. “Last night’s violence was horrific and impossible to understand. Do not let our “leaders” make it easier for domestic terrorists to commit atrocities like this. Call them every day. All day. Demand they stop the silencer bill. Demand they act. Demand they DO SOMETHING. We owe it to our fellow citizens to stand up, speak up, & show up. Call.”

Hillary Clinton also spoke on the subject on Twitter saying, “Imagine the deaths if the shooter had a silencer, which the NRA wants to make easier to get. Our grief isn’t enough. We can and must put politics aside, stand up to the NRA, and work together to try to stop this from happening again.”

British comedian Russell Brand was scheduled to speak on the Today show, but his appearance was bumped for the breaking news in Las Vegas. The comedian took time to get serious for a change and reflect on the normalization of gun related violence in the U.S.

“It’s interesting that America’s ideas about freedom to purchase arms continues to hold the imagination so strongly even after Sandy Hook.”

“This won’t stop happening unless we change our mentality,” he concluded.