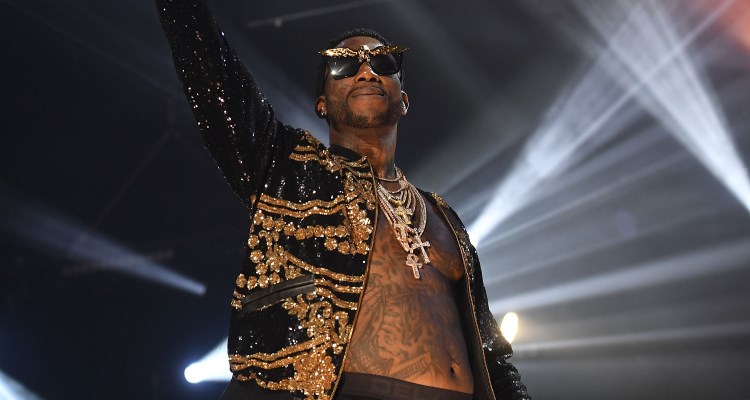 It’s been a while since we’ve heard anything from Radric Davis, better known as Gucci Mane. Now, with the buzz of new music, many of his fans are wondering, is Gucci Mane’s new album 2017 ready? Not quite! But fans are now anticipating Gucci Mane’s new songs, which will undoubtedly be back on the Billboard charts in no time! The Atlanta rapper has been preoccupied lately, but it looks like he’s getting closer to giving his adoring fans what they want.

With the arrival of Gucci Mane’s new songs, 2017 is in for the show of its life! This year has so many upcoming albums and movies that we can’t keep up. It’s certainly a busy time for the music industry and every artist is either working on a new album or rumored to be working on a new album. Luckily for the fans, Gucci Mane’s upcoming album for 2017, isn’t a work of fiction!

With Gucci Mane’s new songs, 2017 is looking a little better at the moment and we’re here to tell you all about it. So, if you’re looking for details on Gucci Mane’s new album and his recent headlines, then you came to the right place.

The Everybody Looking singer has everybody looking (literally) for his latest track, and we’re not sure how much longer they are willing to wait! Not much is known about the new album, but we do know its name. On Tuesday (January 24), Gucci Mane announced via social media, that his next album would be titled DropTopWizop, according to Billboard.

“My new album is going to be called DropTopWizop #DropTopWizop,” he tweeted. It sounds like one of the closing songs of Grease, but knowing Gucci Mane, it’s going to be a great album! (We don’t expect to hear any doo-wops.)

The Atlanta rapper has been on a roll lately, from losing weight (75 lbs.) to getting more involved with fashion. He’s rolled out a variety of musical projects last year, including albums The Return of East Atlanta Santa, Woptober and Everybody Looking. No official date has been given but fans were left with the message “coming soon.” Here’s hoping! 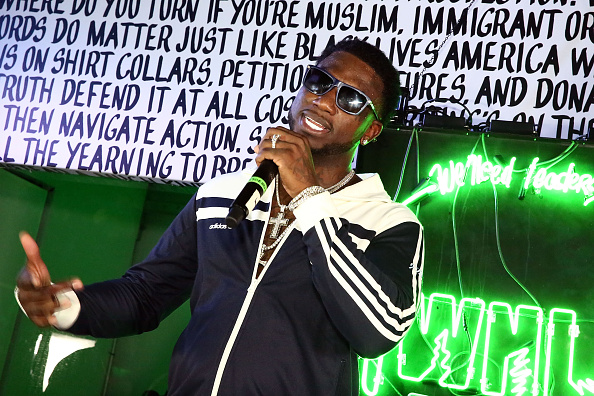 The young rapper has earned himself a ton of success and recognition, to the point that his name comes up more frequently when Gucci is searched, rather than the powerhouse fashion line itself! But at least Gucci (the brand) can take comfort in knowing that Gucci Mane loves their collection and styles.

“I am a huge fan of the Gucci brand, they have some nice stuff out right now,” said Gucci Mane in an interview with Vogue. “They have some glasses I really want. I love Gucci clothes as well. I recently bought a Gucci sweat suit, and some Gucci slides, and I also bought my girl some Gucci slides too.”

Just last year, Gucci Mane, experienced his first Hot 100 No.1 record, when he was a featured guest on Rae Sremmurd’s, “Black Beatles.” His album, Everybody Looking, secured him the No. 1 spot on the R&B and Hip Hop chart, after he was released from prison early last May.

B*tch stole my look—more like b*tch stole my seat! According to a TMZ video, Gucci Mane was involved in a misunderstanding at the NFC Championship game in Atlanta, when an army veteran mistook Gucci Mane’s seat for his own, and was removed. The Army veteran, Charles Harris, was told to leave after he had been sitting in the wrong seat, which apparently belonged to the rapper and his fiancée, Keyshia Kai’ Oir. And if things couldn’t get any worse, Harris’ mother, who was also sitting with him in “the wrong seats” just had hip surgery prior to the game and was forced to move. An attendant that worked for the Georgia Dome sided with the rapper and had no choice but to tell the veteran and his mother to move seats. It’s common for people to try and take better seats or get confused, but either way, it really didn’t look good for the rapper.

Keep an eye out for updates on Gucci Mane’s upcoming album for 2017, as we are sure the famed rap star is going to hit fans with something new and exciting very soon!