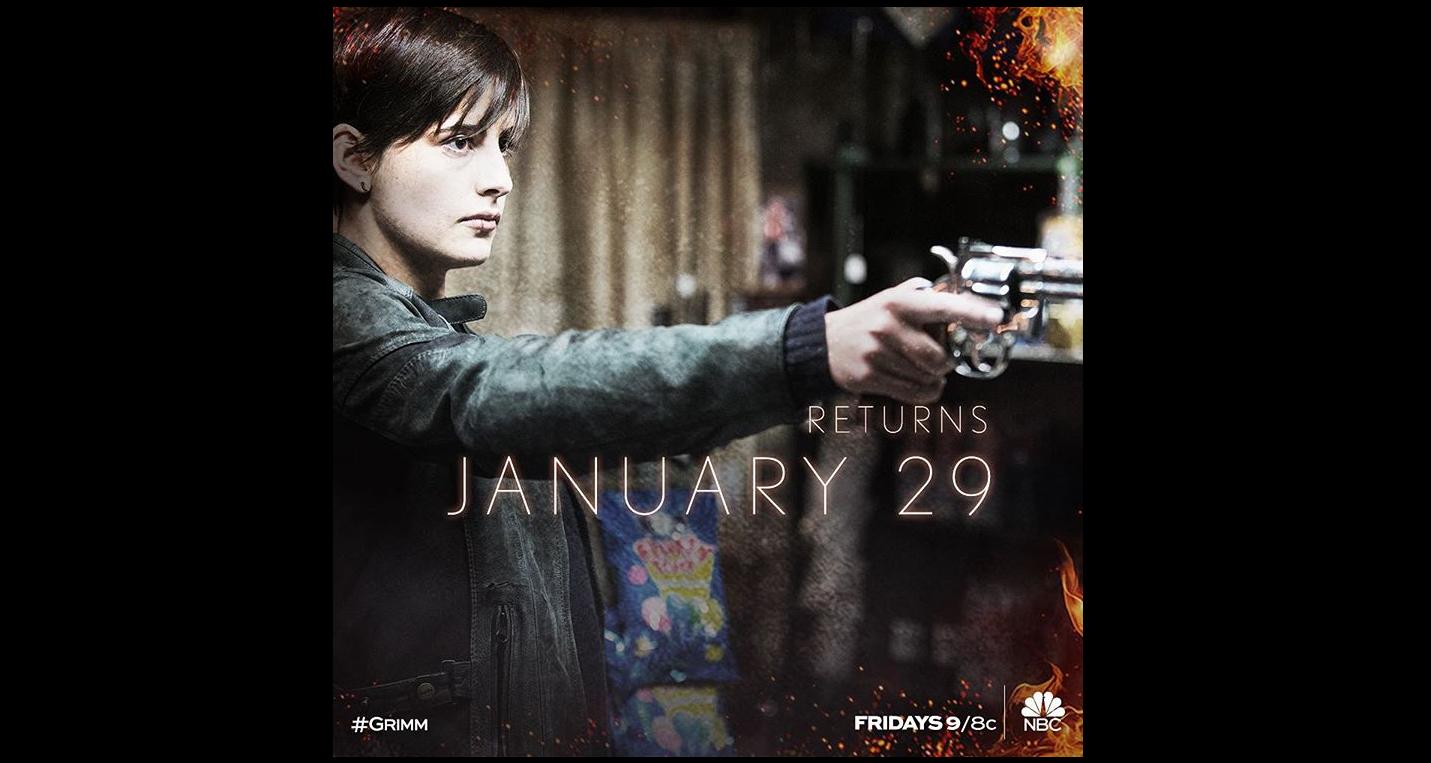 Detective Nick Burkhardt (David Giuntoli) will reclaim his Grimm ancestry yet again, as he and the gang face the return of Juliette Silverton (Bitsie Tulloch) as “Eve.” The critically acclaimed supernatural series will finally be returning after its winter break with an all-new episode. The mid-season premiere of Grimm season 5, titled Eve of Destruction, will be airing this Friday (January 29) at 9/8c on NBC. Catch the spoiler promos before you tune into the premiere and, as usual, you can also watch online through the NBC web site. 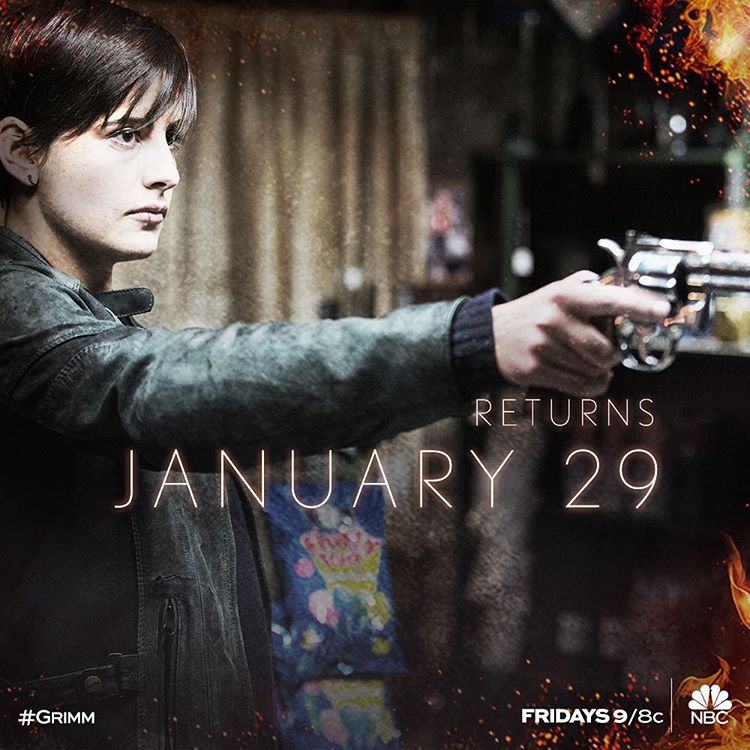 The mid-season premiere is reportedly bringing back Juliette, but not as herself. She will be coming back as the character Eve, who sheathes all of Juliette’s memories and is ruthless, calculated, and almost robot-like in the way she does things. Bitsie Tulloch, who plays Juliette/Eve, has revealed that, “The new character is all about reining it in and utilizing this in the best possible way, not wasting an ounce of this incredible power that she has.“

Another interesting twist to this is that Juliette, now Eve, will be a weapon of Hadrian’s Wall (Agent Chavez’s deathly group). This episode will also introduce new characters that Nick and the rest of the team will have to face off against.

The main plot of tomorrow’s episode revolves around Nick and the team still getting a hold of the situation after last episode’s ambush. They are shocked by the surprise return of “Juliette,” but speculate that she’s not the same person anymore. Considering last episode’s bloodshed against the Wesen Uprising (Black Claws), Monroe (Silas Weir Mitchell) and Rosalee (Bree Turner) head out to find answers from the Wesen Council. In the meantime, Trubel (Jacqueline Toboni) tells Nick about some information for helping him get what he’s after. However, the main sabotage tomorrow will be when they find out about Eve, which is why the episode is rightfully titled Eve of Destruction.

You can watch all of the spoilers online via the Grimm channel on YouTube. And do not miss tomorrow’s mid-season premiere of Grimm season 5, airing at 9/8c on NBC.