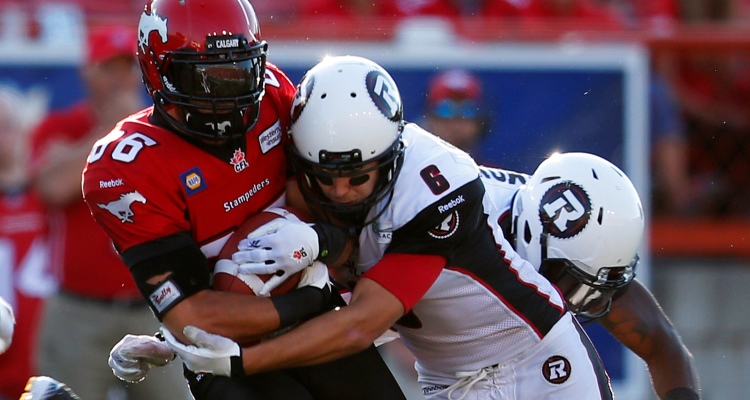 Toronto, Ontario (Canada) is already getting excited for the Grey Cup 2016 game with a city-wide Grey Cup festival! The celebration includes a huge festival kick-off party, a festival concert series by Sirius XM, Shipyard parties and events, and the Nissan street festival. Talk about excitement! If you’re traveling to Toronto to watch the kick off game, you won’t be disappointed. Here’s what you need to know about the Grey Cup kick off time!

Sports fans get ready because the Grey Cup 2016 schedule is taking off with a game that could be the best CFL game of the year! Stay tuned for the Grey Cup kick off time and some interesting facts on why this game is going to be so incredible! According to the Toronto Star, the TV audience outside the Canadian city is expected to be at a near record high, and the stadium may also be sold-out! Dating back to 1909, Canadian football remains one of the few institutions that bind the people as a nation. Additionally, the Grey Cup is likely Canada’s most distinctive national tradition.

It's hoppin' already at the #GreyCup Festival, presented by Shaw. @katepettersen_ has your Friday breakdown of Festival events #CFL #Toronto #gc104 #greycup2016

The Grey Cup kick off time starts Sunday, November 27, 6:30 p.m. EST at the BMO field in Toronto, and fans can’t wait to catch all the CFL action! On October 5, 2015, it was announced that the game would take place in Toronto and this will be the first time teams have competed at the BMO field, and on real grass since 2002 (in Edmonton). The host city decision was made as a gift to the Argonaut owners, even though the city recently hosted the 95th and 100th Grey Cup games. If travelling to see the game live isn’t possible, don’t worry—you can watch the CFL kick off game on TSN1, or by visiting CFL.ca! This could very well be the biggest Canadian football game in a long time, so you’ll definitely want to monitor the schedule as the weeks go by!